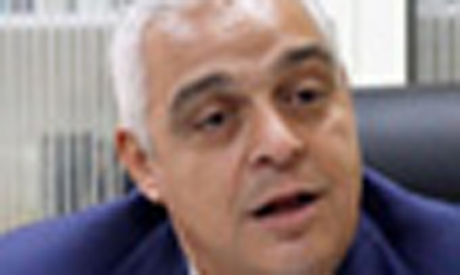 Elnaggar assumed his position on 23 April, a Suez Cement statement read. It added that Elnaggar has an extensive experience in investment, management and public service in the ministries of planning and investment.

Elnaggar has served in a number of reputable positions, it added, noting that he is CEO of EN Investment, a full-fledged multiline management advisory and investment house. Previously he served as CEO of the Chemical Industries Holding Company (CIHC), a conglomerate made up of 23 Egyptian companies involved in sectors ranging from fertilisers, papers, essential chemicals, cigarettes and cigars, cement, tires and footwear.

He served as principal deputy minister of planning. He was a member of the senior management overseeing the implementation of Egypt's 2030 Vision, an outcome of the successful Egypt Economic Development Conference (EEDC) in 2015.

Elnaggar was the chief coordinator of the EEDS, which raised over $12 billion in financial governmental commitments, as well as more than $60 billion in contracts. He also served as the principal deputy minister of investment till April 2016, where he oversaw the investment promotion strategy of the country, as well as the development of new mechanisms to improve the business climate in Egypt.

Elnaggar has more than 25 years of experience as a diplomat. From 2010 to 2014 he served as the deputy chief of mission of the Egyptian Embassy in Washington, DC. In this position, he played a leading role for the Egyptian government during the events of the January 2011 and June 2013 revolutions.

He supervised the parliamentary elections for Egyptian expats in the United States, as well as the subsequent presidential elections and referendum on the new constitution.

Ambassador Yasser Elnaggar is a senior advisor of Basillina. This article was originally published at Ahram Online.