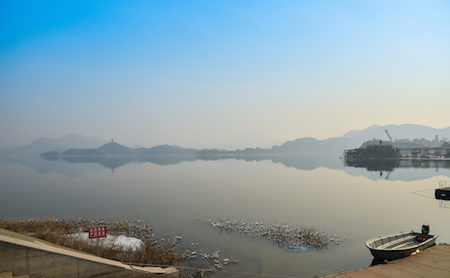 China’s mayors are on the front lines of the country’s ambitious drive to move more than 100 million people into cities over the next six years. Their challenge is to try to make sure that those people will have a cleaner environment and more livable communities. The stakes are high: the mayors—many of whom are rising stars—will be crucial players in China’s pledge to cap carbon emissions by 2030. The Paulson Institute is training China’s mayors in sustainable practices. We are also working with these future national-level leaders to implement what they have learned.

The head of our first cohort of mayors, who visited Chicago, Philadelphia and New York in 2013, was so impressed by what he saw during the three-week training program that he asked the Paulson Institute to develop a sustainable economic development plan to help his Pinggu District, in Beijing, compete with the capital’s other much more economically developed districts. Zhang Jifu, the Vice Mayor and Party Secretary, is a pragmatic leader, who envisions a branded program that other districts similar to his across China could adopt. Why is Pinggu important? Because getting development right—incorporating environmental and social concerns, as well as pure building—in these types of edge districts, on the outskirts of major cities, will be key for China as Beijing promotes the rise of smaller, self-sufficient suburban communities, taking pressure off of the megalopolises.

Pinggu has some claims to fame: The “edge” district of Beijing is the world’s leading producer of violins, has two scenic lakes rivaling the famed West Lake in Hangzhou, an annual peach festival celebrating the renowned Pinggu peach, skiing facilities and more. The Paulson Institute has been working with Zhang to develop a more holistic, sustainable model for economic development that might build on eco-tourism and agribusiness while improving energy efficiency and water conservation. We are helping the district brand the initiative so that the Pinggu model can be replicated across China. The brand will be known as the Sustainable Eco-Edge District (SEED).

To develop the SEED model, we are working with American and Chinese experts to propose recommendations for near-term solutions that can lead to long-term results. The experts just concluded a rapid assessment of the district’s priorities, and we will release the findings in April. Recommendations will include monetizing crops other than the peaches for which Pinggu is famous, such as persimmons, and promoting greater energy efficiency in the district’s buildings, as well as developing an integrated and higher profile marketing campaign that will help spread the word.