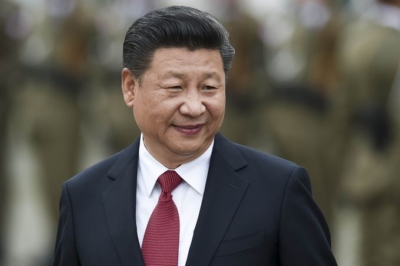 China’s “Belt and Road Initiative” is likely to transform trading routes from Asia to Africa, the Middle East to Russia. With the world’s largest foreign reserves and a determination to build political and economic ties with strategically important governments, China is helping finance much-needed major infrastructure projects along the modern Silk Road. China is also using its economic might to promote its own set of standards, and nowhere is this more evident than in the field of green finance. China has launched the world’s largest green bond market, officials’ promotions are linked to meeting environmental targets and banks grant preferential interest rates to sustainable projects.

China will soon create the world’s largest experiment in pricing carbon with its national exchange. China is also using its platform for green finance to encourage other countries. At the Belt and Road Forum in May, President Xi Jinping said, “We should pursue the new vision of green development and a way of life and work that is green, low-carbon, circular and sustainable,” and his words are being translated into action. At the forum, China’s Ministry of Environmental Protection and the United Nations Environment Program announced an international coalition for green development on the belt and road. UNEP sees tremendous opportunity in the initiative to promote massive sustainable development and be part of the reconstruction of war-torn countries like Afghanistan and Iraq. They also see it as an opportunity to require green standards both in financing and construction. UNEP is offering its full range of resources.

Erik Solheim, executive director of UNEP, wrote in an op-ed that, “Our environmental expertise runs from sustainable finance and clean technologies to ecosystems and sustainable consumption and production. ... Through our Finance Initiative, we can work with private investors to promote sustainable investment practices along the Belt and Road.” While UNEP may provide the know-how, China will be setting the green standards for countries seeking investment. In regulations issued last year, the government explicitly stated that it will “enhance the greenness of China’s outward investment”. The government is requiring that Chinese banks apply their own standards and criteria for green projects to any loans granted overseas and for infrastructure development. Of course, many of the contracts go to Chinese companies, as they are more familiar with the mandated standards and criteria.

China also has a long-term vision for “exporting” its carbon trade policies. This year, building on its seven regional pilot projects, it intends to launch a nationwide carbon market. This exchange, starting small by China’s standards, will rapidly become the world’s biggest cap-and-trade program.

Even as China grapples with getting its own carbon market up and running, it has a plan for its growth internationally. China intends to work with developing countries along the belt and road – starting in Central and Southeast Asia and expanding across the Middle East and Africa – to support efforts to create their own carbon trading systems. These exchanges are likely to be small initially, to achieve economies of scale, but they will be permitted to trade on China’s national exchange, giving them much greater exposure and access to capital. This access, however, will depend on compliance with China’s policies.

China will set the standards for the growth and development of satellite exchanges. Their practices will be established in Beijing, not local markets. While the creation of these markets is for the greater good and global reduction of greenhouse gases, China’s ability to set the green standards will ensure they are adopted along the belt and road – encompassing no less than 60 countries and 4.4 billion people.

The initiative is a clear demonstration of China’s economic might and growing political power. However, it is also is a platform for showcasing China’s leadership in green finance, which may become one of its most meaningful exports along the New Silk Road.