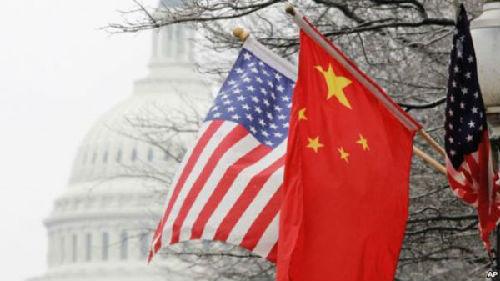 The first U.S. high-speed railway project with Chinese investment is expected to kick off as early as September 2016, according to a senior Chinese official on Thursday at a press conference.

Last week, Xpress West agreed to form a joint venture with China Railway International USA CO., to build and operate the rail, according to Shu Guozeng, deputy head of the Office of the Central Leading Group for Financial and Economic Affairs.

Meanwhile, a cooperation fund invested by Chinese and U.S. companies such as China State Construction and DOW Chemical to promote energy efficient buildings in China during ongoing urbanization was also launched on Thursday. The fund is expected to promote industrial productivity, encourage cross-border innovation, and create green jobs.

"Our intent is to develop an innovative financing model that helps bridge the often higher upfront costs for sustainable technologies balanced against the long-term savings resulting from increased energy efficiencies," said Deborah Lehr, a Senior Fellow of the Paulson Institute, which leads the initiative.

"This initiative will promote the deployment of green U.S. technologies in China and create a platform for U.S. and Chinese companies to work together to tackle one of the world's greatest challenges, climate change."

The two firms will jointly finance, raise investment for and develop these projects, including a pilot wind power project planned in Kenya, according to the MOU, with the goal of helping double the number of Sub-Sahara Africans with access to electricity.

The Foreign Ministry announced on Wednesday that President Xi Jinping will pay his first state visit to the U.S. from Sept. 22 to 25.

More landmark agreements are expected to be inked on energy, culture, climate change, finance, technology, agriculture and other fields during the official visit, according to Shu.

The Paulson Institute will co-host a Sino-U.S. Business Roundtable with the China Council for the Promotion of International Trade (CCPIT) on September 23 during Xi's visit, according to the organization's announcement Thursday.

A total of 15 U.S. CEOs and 15 Chinese CEOs including Alibaba's Jack Ma and General Motors' Mary Barra will discuss issues, challenges, and opportunities facing the two countries and explore ways to strengthen the U.S.-China business and economic relationship.