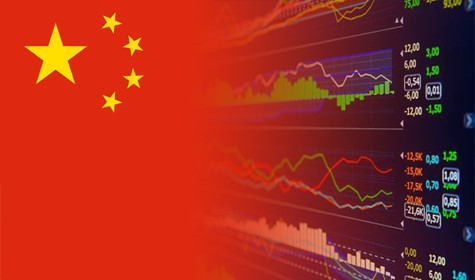 In early September, the Chinese government released a new guideline that further tightened the grip on outbound direct investment (ODI) in key sectors. This move to mitigate the financial stability risks posed by a frenzy of what the government calls "irrational overseas investment" followed on the heels of several strict controls on capital outflows.

The policy was announced as the government had been increasing scrutiny of specific overseas investment deals that might either be in politically sensitive sectors or potentially putting the parent company at risk. As a result, the government has taken aggressive steps to rein in speculative deals by Chinese companies from sectors such as insurance and private equity that were viewed as using their position in the domestic market as a means of "fundraising" to invest in acquisitions overseas.

In addition, the government is also concerned that investment in sensitive sectors such as military and national defense sector and industries with high emission rates, as well as businesses in war-torn or politically unstable areas, could raise political and foreign policy issues that they do not want to have to deal with at this time.

China's "going global" strategy has encouraged Chinese companies to invest and expand overseas mainly in an effort to help build global brands -- which China has been slow to develop -- and acquire key technologies. In 2016, China's global ODI hit record levels at $170 billion, up 44% over the previous year. While investment flowed to 164 countries, more than 273% of that went into the U.S.

During a recent interview with Xinhua News Agency about the new guidelines, an official from the National Development and Reform Commission (NDRC) -- one of the issuing regulators -- said that some Chinese companies have failed to understand the nation’s “going global” strategy. Instead of building China's "brand", they've made "irrational investments", such as those in the non-real economy - like real estate - or in businesses outside their expertise (like real estate companies investing in movie studios), which has led to massive capital outflows, risky investments,losses, and debt. President Xi has talked extensively about the risks these investments pose to the financial stability of the country, singling out firms like Anbang, HNA and Dalian Wanda.

Other companies have been singled out for ignoring the standard and requirement of environmental protection, energy consumption, and safety in their destination countries. This is an image problem for the Chinese government as well as a financial risk.

The Encouraged, the Restricted and the Prohibited

The guideline, titled “Opinion on Further Guiding and Regulating the Outbound Direct Investment”, effectively classifies ODI into three categories: encouraged, restricted and prohibited. It was jointly issued by the NDRC, Ministry of Commerce (MOFCOM), the People’s Bank of China (PBOC), and Ministry of Foreign Affairs on August 12, and has been circulated to all provincial governments as well as ministerial agencies by General Office of the State Council.

Restricted sectors include real estate, hotels, cinema, entertainment, and sports clubs (after a rash of acquisitions of high profile soccer teams). ODI in outdated equipment or projects that fail to meet environmental, energy and safety standards are also categorized as restricted. The guideline has stipulated that relevant authorities strengthen their ODI administration in these sectors and require approval for any deals.

Prohibited sectors include gambling, the sex industry, and unauthorized military technology. There will, in fact, be an ODI blacklist.

To strengthen the regulatory framework and enforce the new guidelines, the government has outlined a series of new mechanisms. These include the ODI blacklist, more efficient inter-agency information sharing and creation of an ODI capital system. There will also be special guidance and guidelines for Chinese companies who are planning to invest in high-risk countries such as those at war or those without diplomatic relations with China.

The NDRC is now developing new measures for ODI administration. Other involved Ministries are also working on developing an additional supporting policy measure, so expect to see additional guidelines in the near future that might further refine, and restrict, overseas investment.

What does all this mean? We expect to see a continued slowing of investment in the U.S., particularly in the restricted sectors. But Chinese firms must seek additional investment vehicles to park their case, so the government is now guiding it into the Belt and Road Initiative (B&R) countries to support President Xi’s signature policy initiative. The tensing U.S.-China bilateral relationship also contributes to a slowdown along with the efforts on Capitol Hill to tighten The Committee on Foreign Investment in the United States' (CFIUS) regulations, which is often cited by the Chinese as a major investment barrier. We expect to see careful scrutiny by both governments of Chinese investment into the U.S. for the foreseeable future. But there is plenty of money to be made along the Silk Road.