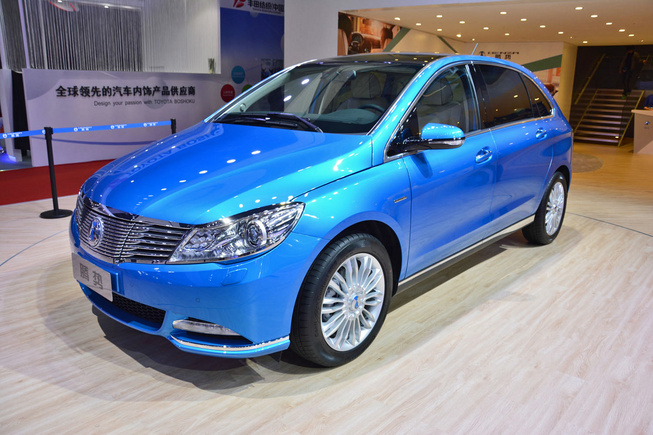 Global production of new energy vehicles (NEVs) reached a whopping estimated 1.2 million units in 2017, a growth in production of over 200,000 vehicles since 2016, when production numbered 873,000. As nations such as the United Kingdom and France make announcements to reduce the use of traditional, internal-combusting engines (ICE) cars, it is clear that the world is beginning to further accept NEVs - and China is the leader of the pack.

Since 2015, China has purchased more NEVs than any other nation. The Chinese market grew by 53 percent in 2016, equivalent to more than 505,000 vehicles sold to domestic buyers. This trend has continued: it is estimated that in 2017, China sold more than 620,000 NEVs, domestically.

China is also the global leader in NEV manufacturing. In 2016, China produced 43 percent of all NEVs, globally. This trend reached 50 percent in 2017. These vehicles vary in cost and efficiency from the inexpensive E100 by Bajoun, a small car costing under $6,000 with a range of 154 kilometers (96 miles), to the high-end Aurora Denza, created by a Chinese-German joint-venture company, with a price tag of $68,000 and an impressive range of 400 km (248 miles) on a single charge. The market currently has over 75 models available, giving consumers a choice.

China has gone beyond production and consumption of NEVs. By the end of 2017, China created essential NEV infrastructure, installing more than 450,000 charging stations across the country. This critical infrastructure will allow the market to further develop in the long-term.

Beijing has made great efforts to support the NEV market in a variety of ways, such as implementing extensive government subsidy programs, and using license plates as incentives. The subsidies provide valuable financial incentives to potential buyers. In February 2018, these subsidies were raised for vehicles that can travel over 400 km on a single charge. This incentivized manufacturers to create longer-range automobiles, which consumers could then purchase at a discount of up to $8,000. Beijing has also limited the number of license plates given to drivers of ICEs. In order to receive a license plate, owners must enter a lottery or purchase one at an auction. However, NEV owners receive license plates free - no auction or lottery required.

Going further to establish the NEV market, in 2016 China announced a cap-and-trade policy that will force car manufacturers that produce over 30,000 cars annually to have a certain percentage of their output be NEVs. Beginning in 2019, at least 10 percent of auto production must be electric. By 2020, total production by any manufacturer must be at least 12 percent electric. Companies that sell more than the required amount of NEVs will be able to sell "credits" to companies unable to meet the requirements. These programs will allow China to reach its goal: by 2020, one of every five cars sold in the country will run on alternative fuel.

China’s growth in NEV consumption and production is robust and continuing. The use of financial and non-financial incentives in tandem with infrastructure development have expanded this market to the largest in the world. As Beijing continues to pressure manufacturers to focus on electric car model production or suffer financial penalties, it is clear that China's position as the global leader in the NEV industry will not be matched anytime soon.