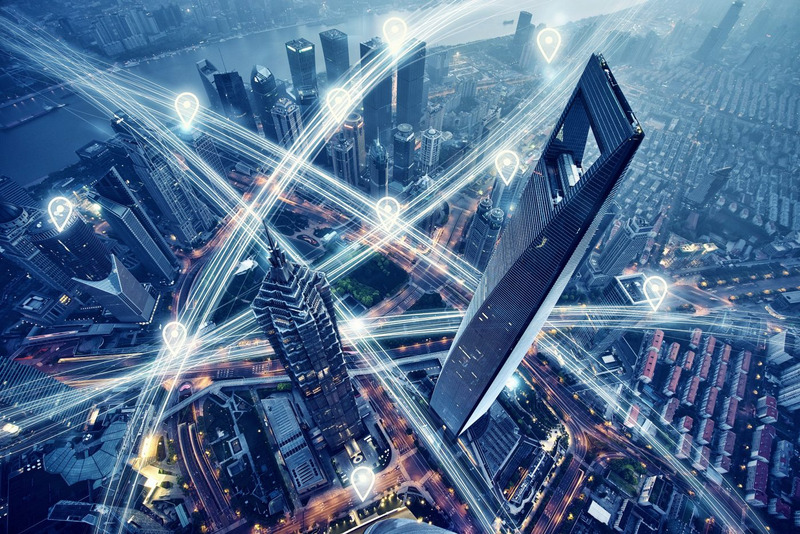 China embarked upon a massive sustainable urbanization drive in 2013. It was announced that more than 100 million people would be moved from the countryside into cities by 2020 to alleviate poverty and grow the economy. And to absorb this massive urbanization successfully, they will focus on making cities more sustainable and livable.

In order to facilitate this large population shift, the government made it a priority to bring cities – the front line of growth – into the modern age by launching a major Smart Cities initiative.

What are Smart Cities?

Simply put, a smart city employs technology to make the lives of their citizens better through achieving greater efficiencies. A smart city uses the Internet of Things (IoT) and advanced technology to collect data that is used to improve everything from the environmental impact to traffic to water and electricity usage and waste management.

One of the most used examples of the benefits of a smart city is solving the parking problem. Instead of circling around and around in search of a place to park, an app will show you right away what is available. Very cool, and a great example of just how much apps have to offer in a smart city. Smart technologies can solve some of the most onerous challenges like air pollution. Monitors detect pollutants and send the data to officials that can then make changes to traffic flow and factory emissions to reduce those pollutants.

China is in the very early stages of developing its smart cities. In 2006, China launched the Digital Cities program under the National Administration of Surveying, Mapping and Geoinformation (NASMG). By the end of 2012, central and local governments invested almost $975 million (6.4 billion RMB) to build out 470 cities across the country, investing in land, real estate, public security, environmental protection, transportation, water, healthcare, surveillance, and other technologies under the Internet of Things to create these digital hubs.

By 2013, NASMG announced new regulations that officially kicked off smart city cloud platform construction, which was essentially a major upgrade to the existing digital city program. The national smart city program is now under the Ministry of Housing and Urban-Rural Development (MOHURD), which is responsible for the approval of pilot smart cities across the country; they have approved 277 pilots to date, and it is estimated there will be more than 500 cities that have launched smart city construction by the end of 2017. The Chinese government aims to present 100 new smart city pilots with distinctive characteristics and significant competitiveness in terms of public service, urban management and cybersecurity, and other services by 2020.

Total investment in smart cities could exceed $76 billion (500 billion RMB) during the 13th Five-Year Plan (2016-2020). While there is no official set of regulations governing the designation of smart cities, the government issued three guidance notices in 2014 and is actively working to codify smart cities. Eight ministries, including the Ministry of Industry and Information Technology (MIIT) and the powerful National Development and Reform Commission (NDRC), have formed a “working mechanism” to promote, implement and standardize smart cities.

Not all cities in China are eligible to become smart cities; rather, a city needs to be at the right stage of development for the smart city model to be applicable. China has more than 665 cities – with more than 142 at the one million population mark – so determining which ones are ready is the first critical task.

The Opportunity for U.S. Firms

The success of smart cities hinges on deploying the most advanced technologies, and this is where U.S. companies lead the pack. Honeywell, GE, Cisco, AT&T, and Microsoft are all leaders in smart technologies and the Internet of Things, and have demonstrated their technologies throughout the U.S. and Europe. In China, they are now gaining a solid foothold in the market.

Cisco and General Electric last year entered a joint venture with Sensitivity, a Chinese company that was spun-off from China’s Academy of Sciences, to help build data networks throughout China to enable smart cities. Microsoft is working with China's southwestern province of Guizhou to build a "bulk data" laboratory, education cloud, and a cloud for middle and small-sized enterprises.

But Chinese competitors will fast close the technology gap as big conglomerates like Huawei and emerging companies like Sensitivity deploy their technologies throughout China and expand into developing markets. There are also significant concerns around the surveillance features which critics argue can bolster China’s notorious grip on dissent.

But smart cities will remain a political priority for the Chinese government with the pressure of rapid urbanization to contend with and the population’s demands to tackle the severe air pollution and environmental degradation. And when something is a political priority in China, the government has a way of ensuring its success. So getting urbanization right is an imperative, and getting it right hinges on going smart.