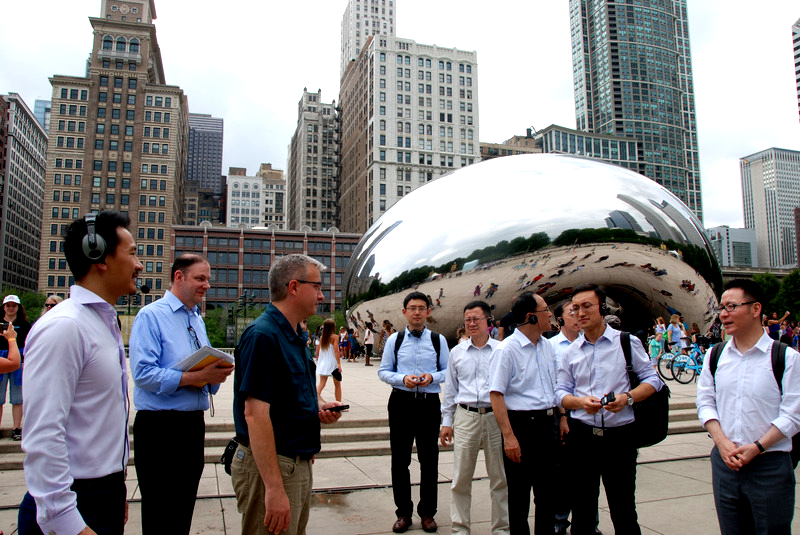 Last month I was asked by my former employer, the Paulson Institute (PI), to write a paper on how to build out Chinese capacity in green finance. PI launched a new series of papers tackling a number of key issues that if addressed could unlock the potential of green finance – which could be a game changer in China’s war on pollution. It turns out that, according to China’s leading green finance expert, training people on how to use the green finance tools already in place, and encouraging innovation of new tools, are major hurdles China is facing.

After 20 years of leading capacity building efforts in China on issues ranging from drafting economic legislation, to training mayors on sustainability policy, or training village officials on the fundamentals of governance, I can say that the Chinese government excels when the political will is there. Just look at the Communist Party schools teaching the latest Xi Jinping theory. Within one week of the 19th Party Plenum, all party members were fluent in “Xi Jinping Thought on Socialism with Chinese Characteristics in the New Era.” The Chinese know how to train on a big scale, and they leverage international expertise and adapt it with “Chinese characteristics.” So what can China do now to engage the capacity building machine for green finance?

While it may not be the most exciting of concepts, green finance has the potential to be transformative in China’s war on pollution – and the global climate effort by extension. China has bought into the transformational powers of green finance in a big way, leading the global debates through platforms such as the G20. Yet, hurdles remain for the Chinese government as it attempts to mainstream green finance; one of the biggest being training China’s six million bank staff on how to factor green into China’s massive financial system. Ma Jun, former chief economist at the PBOC and current Chairman of the Green Finance Committee, identifies this as the single biggest challenge facing the growth of green finance in China.

For financial institutions, the evaluation of ‘green’ projects require a systematic approach to estimating environmental externalities and energy savings. There are plenty of good tools out there, but not many professionals know of them and/or how to deploy them. Capacity also is needed to develop and innovate green financing products. There’s a lot of space to innovate on the insurance and securities side, for example. And, there’s capacity building to do amongst the regulators -- at both the central and local levels – so they better understand what green finance is, why it’s important and how to foster more of it.

For now, capacity building measures are ad hoc – both globally and in China. In China, the four major policy banks have the more robust capacity programs. China Industrial Bank (CIB), for example, developed an IT system to record environmental risks for its clients. The bank also conducts regular training on environmental issues at local branches and at headquarters. But much more is needed.

Chinese and global regulators have begun to leverage international capacity building resources as well. For instance, the Sustainable Banking Network (SBN) has enabled emerging markets around the globe to share methods and information on green finance. And again, China has emerged as a leader, with the China Banking Regulatory Commission (CBRC) garnering praise for capacity building at the bank and ministry levels.

My full set of recommendations can be found here in the Paulson Institute report. But in short, I talk about, first, getting organized. To avoid overlap and leverage strengths of various organizations, it is key to identify (either officially or unofficially) a coordinating body.

Second, measurement.As the old adage goes, you can’t improve what you can’t measure.Developing reporting criteria by which to assess the impact of programs across a range of indicators would quantify capacity building’s benefits. Reporting could be a requirement by the government or an encouraged, voluntary process led by a coordinating NGO. Measuring impact is key to developing a narrative on the importance of capacity building and securing further funding (public or private).

Next, standardization.To the extent possible, developing high-quality, standardized content for training programs is a great multiplier. If there are “on the shelf” training modules, it’s, of course, easier to scale training. Start by developing training modules about macro-level issues (e.g. international efforts and lessons) and then delve into issues particular to financing China’s environmental goals and regulatory structure.

Finally, incentivizing the implementers is also critical.The Organizational Department of the Communist Party has incorporated environmental metrics into the criteria for promotion of local officials. Incentivizing both officials and bankers in this way underlines capacity building’s importance.

These are just a few avenues China can pursue to build capacity for green finance. With the political will in place, the government is in a strong position to support and encourage collaboration across financial institutions. Using these tools, China can build sufficient knowledge and analytical capacity to create a green finance sector that serves as a model for the world.