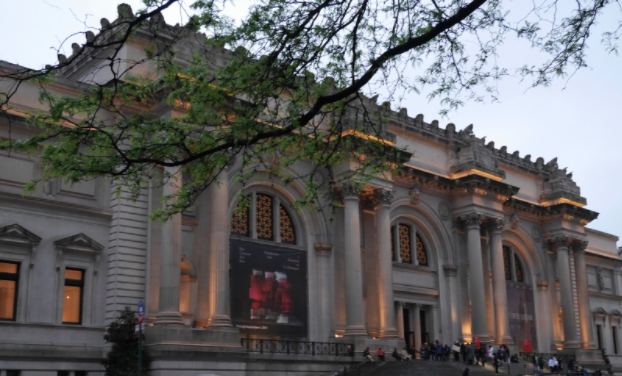 China’s power of culture in promoting perceptions: Lessons from the Qin and Han dynasties

The Council on Foreign Relations hosted an event with the Metropolitan Museum of Art in New York City on Friday, May 5, 2017 to celebrate the historic exhibit, the Age of Empires: How the Qin and Han Dynasties are Shaping China’s Contemporary Identity. Antiquities Coalition Chairman Deborah Lehr joined luminaries Elizabeth C. Economy a C.V. Starr Senior Fellow and Director for Asian Studies on the Council on Foreign Relations, Howard French, Associate Professor of Journalism, Columbia University, Mike Hearn, Douglas Dillon chairman of Asian Art at the Metropolitan Museum, and moderator, Joseph Kahn, Managing Editor, New York Times on a panel discussion related to China. The focus was on the relevance of the lessons learned during the Qin and Han dynasties in the fields of government, law, commerce, and the arts and culture that might still be relevant in today’s modern China.

When asked about her impressions when touring the exhibit, Lehr remarked on how the exhibit is a reminder that even in the earliest stages of the uniting of China, the Chinese understood the power of culture in promoting perceptions. As a trade negotiator on intellectual property rights with China, Lehr noted that even into the mid-1990s, culture was still viewed as a tool of propaganda.  During those negotiations, writings, inventions, and brands were viewed as belonging to the people not to the individual by many in China.

Fast forward a decade, and China declared the cultural sector a “strategic industry,” which would promote the development of the sector as a business. Innovations and writings were to be celebrated by the individual. Now, we can see the results of the government’s efforts in the rapid growth of China’s dominance in movies and art. China is now the world’s largest art market, and still growing while NY and London are declining.  Out of the top ten auction houses, six are Chinese.  The largest of these, the Poly Auction House, owned by the arms merchant, the Poly Group, is third only to Sotheby’s and Christie’s.

While much of the Chinese demand is driven by a quest to repatriate historically looted antiquities, its collectors are now also some of the largest purchasers of impressionists paintings, fine wines, and potentially Middle Eastern antiquities, which are now flooding the market given the unrest in the region.  With 20-30 new museums being built each year in China, there is a lot of space to fill with new collections.  This need, combined with growing incomes and a lack of investment opportunities, will ensure that the Chinese demand for antiquities continues to grow.

As China continues to develop its use of “soft power” and expand its cultural sector overseas, just as happened during the Qin and Han dynasty along the path of the spice routes, there is growing concern about their efforts from a policy perspective. China has invested millions of dollars in US movie production companies, especially now that China is the world’s largest box office target for movies.  And concerns are rising as the content appears to be changing as a result of China’s influence.

China also continues to restrict US investment in Chinese production companies, as well as maintains quotas on the number of foreign films allowed to be imported. In addition, while Chinese auction houses are free to establish and compete in the United States, Sotheby’s, Christie’s and other foreign auction houses are severely limited in their ability to conduct sales in China. They are restricted both in terms of their ability to establish but also in the scope of what they are permitted to auction.  Even though pre-1949 “cultural relics” are the most sought after by Chinese collectors, the foreign auction houses are not allowed to auction any of these items.  To add insult to injury, nor are they are able to auction any pre-1949 Western art or artifacts.

The Qin dynasty is known for their building of China’s Great Wall, even though it was pointed out that there were actually portions of the wall built previous to the establishment of the Qin in 200 BC.  When asked about how the intent of building this Great Wall could relate to Xi Jinping’s China, Lehr responded that China has always been a country of contradictions.  The Qin, despite building the Great Wall, were actively engaged with the outside world through trade and commerce.  In the exhibit, we see the influences of foreign countries through the art of the times. China today is also a dichotomy. While there is a growing sense of nationalism, China remains open to Western investment and trade.  The internet is connecting us in ways never imagined previously, but at the same time, the Chinese government closely monitors and restricts what can be accessed through the internet, just as it controls the role that foreign firms can play in the economy. There is also a growing insular focus as China takes steps to centralize power in an attempt to better govern the country.  One of President Xi’s biggest challenges is to ensure that local officials implement the policies from Beijing on a consistent basis.

As with the Qin and the Han, China has a massive bureaucracy through which it rules the country.  But it can be a challenge to ensure that local officials follow the direction from the center, not just that of their own choosing.  The well known phrase, “the sky is high and the Emperor is far away” is as much of a challenge today as it was during those dynasties. The exhibit is a powerful reminder of China’s long tradition of the use of “soft power.”  In keeping with its past, China continues to value the important role that culture plays in shaping perceptions and projecting China’s own position relevant to other countries.

Watch the full coverage: A Night at the Met Museum https://www.youtube.com/watch?v=yY64rvyZefA