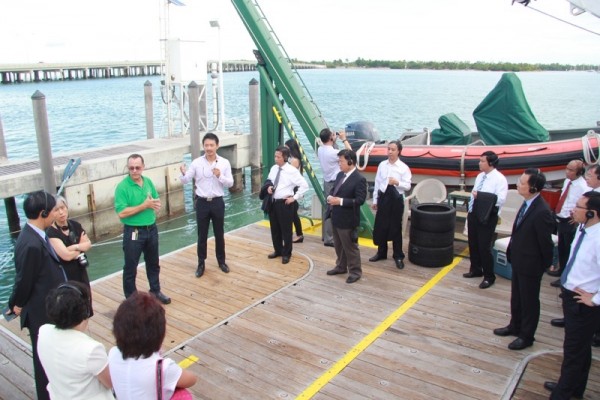 This article was cross-posted from the Paulson Institute. Read the original article here.

The 12 Chinese mayors and vice mayors hosted recently by the Paulson Institute for a crash course on urban sustainability with experts in Chicago and Miami began their trip to the United States with a very practical focus: How could they bring green technologies and sustainable approaches in successful US cities to their districts back home? But after a week in Chicago, once they got to talking with their US counterparts in Miami, the conversation turned to much less concrete questions: how, in fact, do you govern?

Chinese President Xi Jinping has launched a historic urbanization campaign, which will see more than 100 million more people move to the cities in the next six years. Xi’s regional approach to development is challenging the traditional power of local officials and forcing leaders to work for the first time across geographic lines and departments. That may be one reason the Chinese mayors were so fascinated by how Miami developed its approach to climate change. Miami has launched the first regional climate compact in the United States to tackle the city’s most pressing problems, including flooding, rising sea levels and coastal resilience. The Miami compact is loosely structured and largely operates by consensus – and with no new funding. All staff assigned to the compact are already in place in their local governments.

The mayors, who came from southern Guangdong province, were intrigued by this configuration, which requires horizontal collaboration and cooperation, with no clear boss. One member of the Chinese delegation commented that this approach is like everyone going out to dinner and “no one picks up the check or is in charge of ordering.” (In China, going “Dutch” is unthinkable.) The Florida compact representatives replied that what makes the system function is relationships and the leadership skills of its members. This insight added a new focus to the group: What leadership techniques and styles could local officials and mayors share?

In meetings with Miami Beach Mayor Philip Levine, former Miami Mayor Manny Diaz and President of the University of Miami and former Health and Human Services Secretary Donna Shalala, the Chinese mayors tried to hone in how the Americans tackle decisions, how they lead their cities or organizations, how they built cities for people (rather than for economic growth at any cost) and how they have developed their careers and cultivated their leadership styles.

China’s mayors have some familiarity with the latest technologies and best environmental practices from around the world. But they are seeking new models of leadership and innovative approaches to city management and decision-making while serving on the front lines of China’s historic urbanization push. US mayors have a lot to offer their Chinese counterparts on this score. Offering these lessons can have a profound impact on China’s political and economic trajectory.