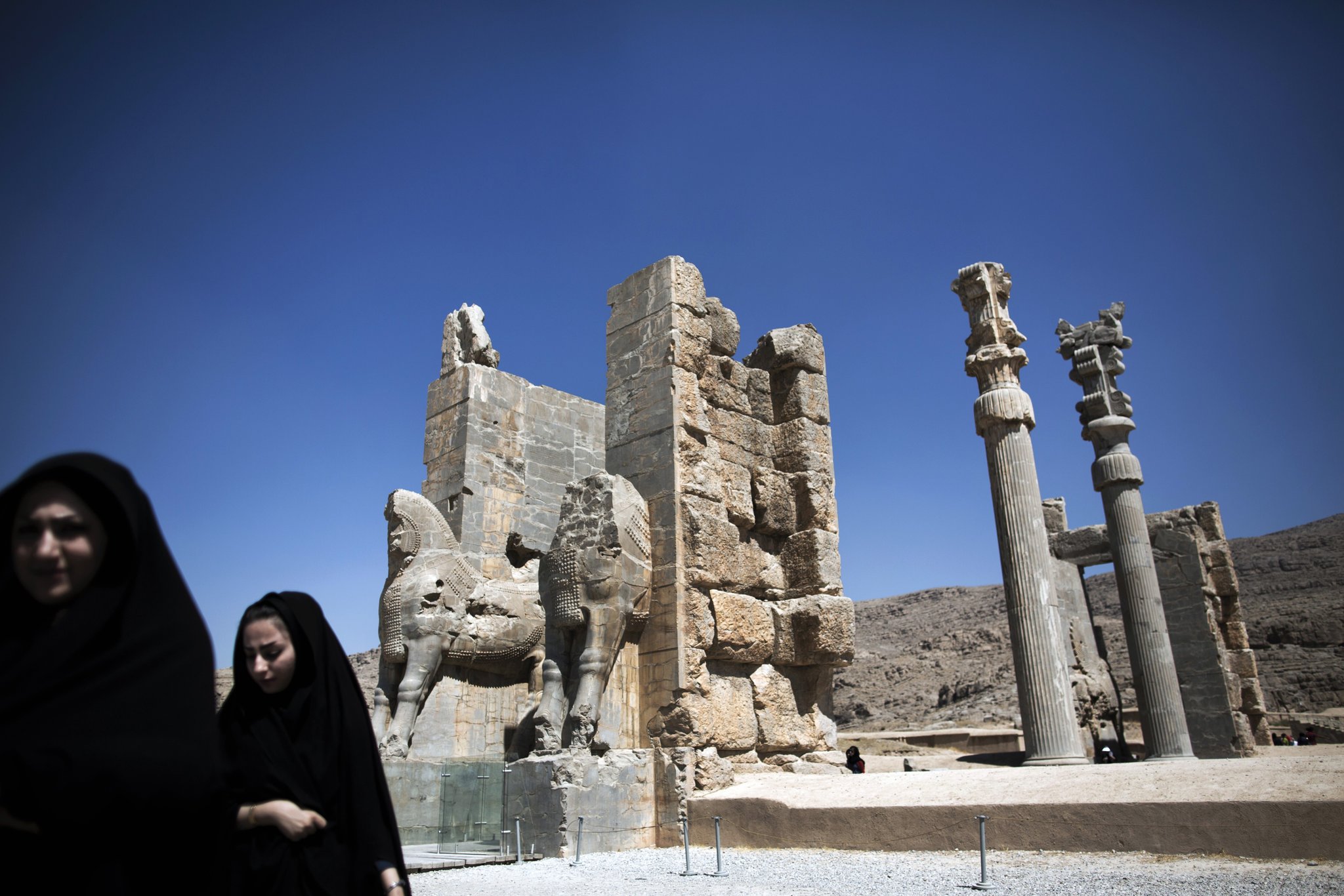 WASHINGTON — More than 2,300 years ago, the Persian capital of Persepolis was burned by a foreign warrior in a fatal blow to the empire and its rich heritage. The ruins of the ancient city, in modern-day southwest Iran, could now be on President Trump’s target list of 52 sites he has threatened to attack as tensions escalated between Washington and Tehran.

Mr. Trump did not identify which places the United States might strike, as he warned on Twitter that he would order — 52 in all, one for each American who was held hostage for the duration of the Iranian Revolution takeover of the American Embassy in Tehran in 1979.

But he said on Saturday that some of the sites were “very high level & important to Iran & the Iranian culture.”

“Those targets, and Iran itself, WILL BE HIT VERY FAST AND VERY HARD,” he added. “The USA wants no more threats!”

On Sunday, Mr. Trump maintained the right to “quickly & fully strike back, & perhaps in a disproportionate manner” should Iran strike any American person or target. Later that day aboard Air Force One, he told reporters flying with him back to Washington that “they’re allowed to kill our people.”

Even before those comments, the Iranians had reacted with fury. Earlier Sunday, Iran’s foreign minister, Mohammad Javad Zarif, shot back: “A reminder to those hallucinating about emulating ISIS war crimes by targeting our cultural heritage: Through MILLENNIA of history, barbarians have come and ravaged our cities, razed our monuments and burnt our libraries. Where are they now? We’re still here, & standing tall.”

‍
It was the latest salvo in the war of words that has threatened to spill over into military action since a United States military strike on Friday that killed Maj. Gen. Qassim Suleimani, Iran’s top security and intelligence commander, while he was visiting Iraq. The Trump administration has said the strike was necessary to thwart General Suleimani’s plans to attack Americans in Iraq and elsewhere in the Middle East, although officials have not yet provided specific intelligence to back up that claim.

Last week, pro-Iranian protesters rioted at the American Embassy in Baghdad, trapping diplomats inside for two days and setting on fire some buildings on the compound’s outer perimeter.

But the targeting of cultural sites is against international law, and critics denounced Mr. Trump for his statement.

“I think this is the president using puffery, and trying to sound tough in a way that just reveals his ignorance,” said Scott R. Anderson, a former State Department lawyer during the Obama administration who is now an expert in national security law at Columbia University and the Brookings Institution.

Mr. Anderson, who was the legal adviser at the American Embassy in Baghdad in 2012 and 2013, said the Pentagon had long recognized that strikes should only include targets of what he described as military necessity.

“So you can’t just start shooting anything you want as a hostage target, like a cultural site,” Mr. Anderson, who is also advising Pete Buttigieg’s Democratic presidential campaign but was not speaking on its behalf, said in an interview on Sunday.

The United States is a signatory to a 1954 international agreement to protect cultural property in armed conflict. Violating it with attacks on Iran’s historical sites would represent a huge turnabout. The United States was among the harshest critics of the Islamic State’s destruction of antiquities in Mosul, Iraq, and Palmyra, Syria, as well as the Taliban’s obliteration of the Bamiyan Buddhas in Afghanistan in 2001.

“The U.S. has taken a leadership role in the protection of antiquities from destruction and illicit trade, particularly in the Middle East,” said Deborah Lehr, the chairwoman and founder of the Washington-based Antiquities Coalition. “It would be a shame to see that global good will disappear by the intentional targeting and the destruction of cultural sites.”

The International Criminal Court convicted a Qaeda-linked extremist of war crimes in 2016 for destroying historic and religious artifacts in Mali. But the United States is not a party to the court, which is based in The Hague, the Netherlands.

In 2018, the Trump administration withdrew the United States from UNESCO, the cultural organization of the United Nations that is known to travelers for its list of World Heritage sites.

Beyond official condemnation from across the world, other signatories to the 1954 convention could refuse to be enlisted by the United States for military actions against Iran, Mr. Anderson said. That could include withholding intelligence or refusing to let American forces prepare for attacks on Iranian interests from bases in allied nations.

“There are real practical costs to this,” Mr. Anderson said.

By Sunday, under the hashtag #IranianCulturalSites, a Twitter campaign cropped up in the form of history buffs taking verbal aim at Mr. Trump’s threat. Among the sites cited as irreplaceable treasures — not just for Iran, but also for antiquities preservation globally — was Persepolis, parts of which still stand.

Its ruins were among the first three Iranian sites to be placed on the UNESCO list, in 1979. Built in 518 B.C., the city was the capital of the Achaemenid Empire. It was conquered and looted by Alexander the Great in 330 B.C. but remains “among the world’s greatest archaeological sites” for its evidence of ancient architecture, urban planning and art, according to UNESCO.

It is “of the last standing massive archaeological complexes from ancient Persia,” tweeted one user, who identified himself as Sergio Beltran-Garcia and listed architecture as an interest. “The Iranians and their cultural institutions have done a fantastic job in protecting it.”

Even some of the people closest to those taken hostage by Iran appeared to disdain Mr. Trump’s threat.

“Here’s a thought, maybe ask ex-hostages if they want to each be assigned to represent a military target that could kill many civilians, supposedly in their honor,” tweeted Sulome Anderson, a journalist who is the daughter of Terry A. Anderson, a former Associated Press bureau chief who was kidnapped by Iranian-backed Hezbollah in Lebanon in 1985 and held for six years.

She signed her post, “Sincerely, Daughter of an American ex-hostage of an Iran-backed group.”