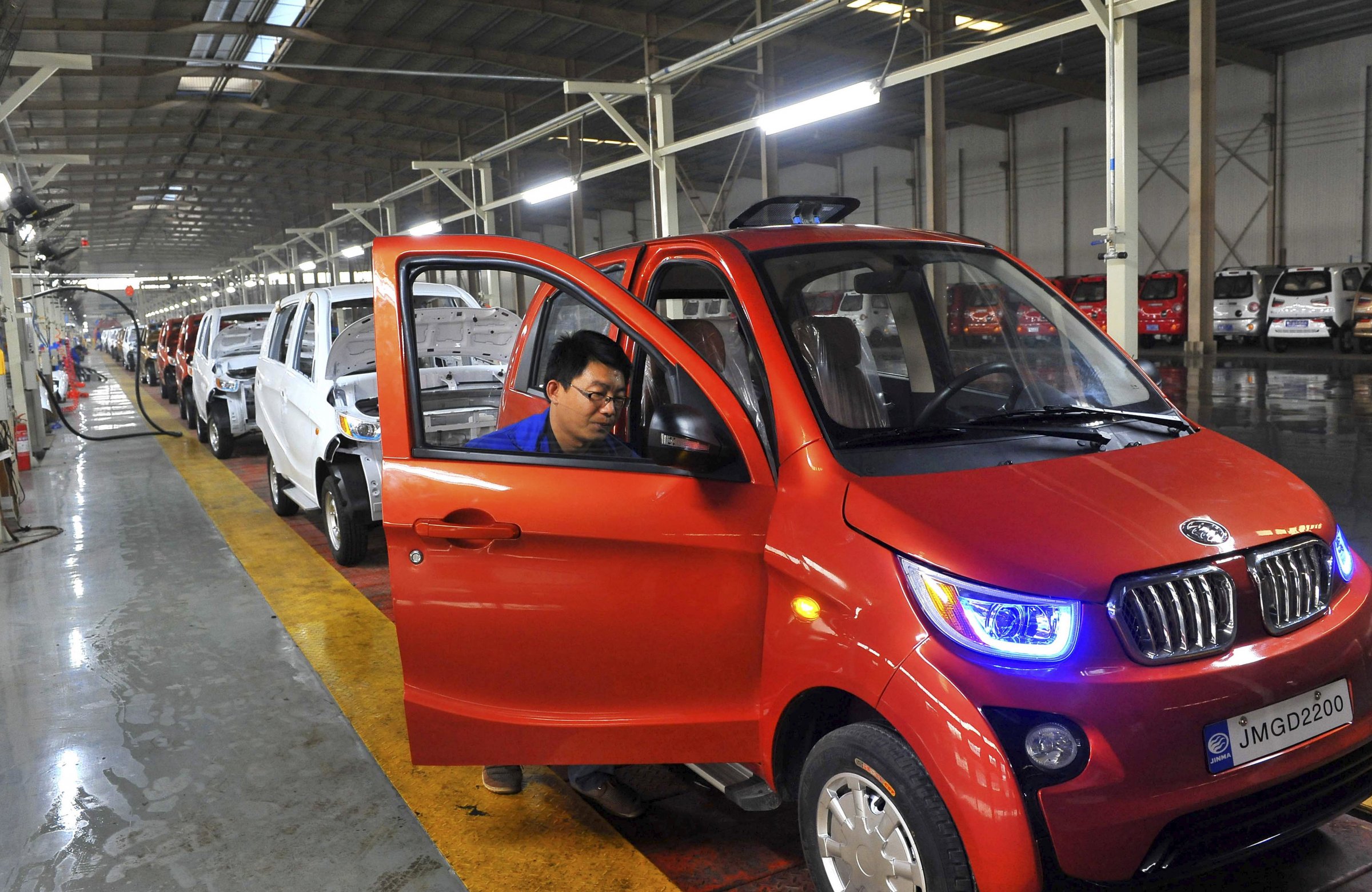 This article is cross-posted from Al-Ahram. Read the original article here.

As the slow wheels of government inch toward policies that lead to cleaner air, Egyptian drivers could hold the key to a faster result, with the answer provided by an unlikely partner – Chinese auto companies.

The vast majority of Egyptians live in the Cairo environs and along a small sliver of the Nile Valley where public transportation cannot keep up with the explosive demand of its residents. This challenging dynamic has forced its 9.5 million people into cars to get around this mega-city. Add to that dilemma the fact that 94 percent of freight is shipped around the country by truck as the more efficient rail and water systems remain underutilized. This region around the capital accounts for over 40 percent of all car ownership in Egypt.

This steadily growing demand for ground transportation has Egypt facing fast-growing levels of greenhouse gas emissions, with 50 percent stemming just from vehicles. While Egyptian officials work to determine the best way to reduce pollution while meeting demand for more automobiles, China’s experience might provide some answers.

As the largest carbon emitter in the world, the Chinese government mandated that by 2025, one of every five cars sold in China must run on alternative fuel. This mandate, combined with other incentives, has driven Chinese automakers, who are not competitive manufacturers in the traditional combustion engine automobile market, to leap into the production of new energy vehicles, or e-cars. Already, the Chinese firms, BYD and CATL, are two of the top five global manufacturers of the lithium required to power these electric vehicles.

As with Egypt, the majority of automobiles are concentrated in China’s capital. Using a quota method for license plates to reduce traffic congestion, Beijing and other major cities are giving priority to e-car owners. In 2018, for the first time, more permits to drive in the capital will be given to new energy vehicles than traditional cars.

With government support, Chinese manufacturers are also developing a range of low- cost hybrid plug-in models and battery-operated vehicles that are rapidly setting global standards. With some being sold at a cost well under US$10,000, these cars can appeal to a mass audience and can even be purchased on the mega online market, Alibaba. From 2013-2016, e-car sales in China increased a whopping 240 percent.

How can Egypt benefit?

As part of President Xi Jinping’s Belt & Road initiative, the massive trillion dollar trade and economic project encompassing 60 countries along the ancient Silk Road, Chinese companies are being encouraged to “go global” and Egypt is a prime target for Chinese investment. In fact, Chinese investment in the country rose 75 percent last year alone.

The automotive sector, especially low-cost e-cars, is a clear opportunity for Chinese companies given that only 45 out of 1,000 Egyptians own a car. There is plenty of room for growth, especially considering that auto density in nearby Libya is 290 per 1,000 residents. Chinese investment would benefit everyone on both sides by creating jobs, improving air quality, and providing the potential for more economical transportation.

Yet, before Egypt can fully benefit from e-cars, it needs to create the appropriate investment framework: encourage joint manufacturing ventures, remove barriers to imports, establish the necessary infrastructure and provide incentives to encourage e-car ownership.

The Egyptian government should consider preferential policies to encourage both joint venture production with Chinese firms, as well as granting special import tariff rates for the e-cars.

In addition, the necessary charging infrastructure needs to be built. In China, the state electricity firm, State Grid, created a firm just to focus on this challenge. State Grid has set up over 170,000 charging stations with the number set to expand rapidly over the next three years to serve growing demand. Egypt’s Electricity Holding Company (EECH) can play this same role. In fact, nearby Dubai has set an interesting precedent. It has launched a program to establish “quick” charging systems at gas stations and to provide “long-term” charging stations in the parking lots of malls, movie theaters and apartment buildings where people spend more time. Egypt can be creative in establishing similar types of programs around Cairo and its new administrative capital as a starting point, and incorporating them into future developments throughout the country.

Last, but not least, the Chinese government provided subsidies to e-car owners to kick-start purchases and raise awareness. Recently, China has reduced the subsidies, but demand continues to surge.

As the political momentum of the Belt & Road Initiative aligns with the global momentum for mitigating greenhouse gas emissions, now is the time for Egypt to seize this opportunity.

Deborah Lehr advises companies on doing business in Asia and oversees a green finance initiative in China for the Paulson Institute. She is CEO of Basilinna, a strategic consulting firm.

Ambassador Yasser Elnaggar is a seasoned diplomat who served in Egypt, the United Nations, and the United States, among others, as well as international businessman.

See our full infographic on this page.