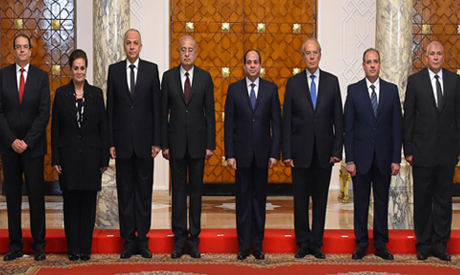 Nine newly-appointed Egyptian ministers and five governors, including Egypt’s first female governor, were sworn in on Thursday before President Abdel-Fattah El-Sisi in Cairo as part of a cabinet reshuffle.

The reshuffle, which mainly involves ministries related to public services and the economy, was approved by parliament on Tuesday.

Alexandria governorate – Mohamed Ali Sultan, a doctor who served as head of the Health and Medical Services Department at the Ministry of Health.

Egypt witnessed the last cabinet reshuffle in March 2016, when 10 new ministers were appointed, including the ministers of finance, investment and tourism. Prime Minister Sherif Ismail has been leading the cabinet since 2015.