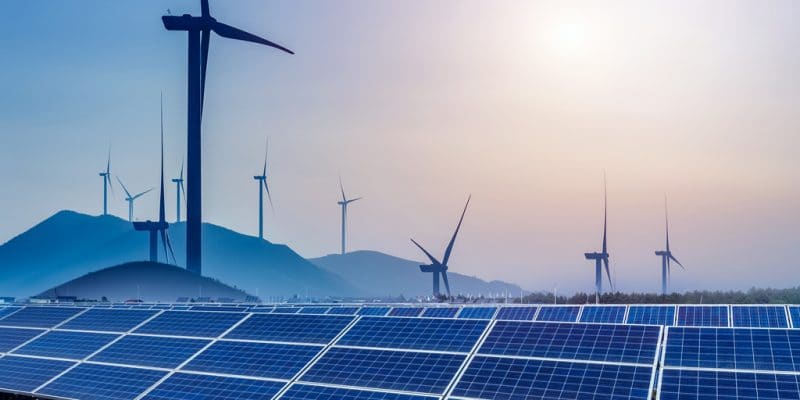 The harvesting, delivery and consumption of energy is the bedrock of any nation’s economic development, but in the case of Egypt these things are especially pressing.

According to the International Renewable Energy Agency (IREA), Egypt’s continued economic development hinges on the energy sector, which accounts for 13.1 per cent of its GDP. The Egyptian government is aware of the need for a sustainable and diversified energy mix to address the demand of a young and growing population, and renewable energy is thus an irreplaceable ingredient to achieving Egypt’s Vision 2030 development goals.

Building on previous strategies, in 2015 the Ministry of Electricity and renewable energy released its Sustainable Energy Strategy to 2035 (ISES 2035), which aims to ensure continuous, diversified energy security through cross-sector collaboration on renewables. The goals are ambitious: Egypt intends to increase the supply of electricity generated from renewable sources to 20 per cent by 2022 and 42 per cent by 2035, with wind providing 14 per cent, hydropower two per cent, and solar 25 per cent of the energy mix.

Hitting these targets will be difficult, but there is another country with experience setting – and achieving – ambitious development goals, with which Egypt can cooperate – China. In the automobile sector, this cooperative investment and knowledge sharing is already underway.

The majority of Egyptians live in the Greater Cairo area and along a small sliver of the Nile Valley where public transportation cannot keep pace with residents’ growing demands. This challenging dynamic has forced 9.5 million people into cars to get around the mega-city, and the region around the capital now accounts for over 40 per cent of Egypt’s car ownership. This steadily growing demand for ground transportation has seen Egypt facing fast-rising levels of greenhouse gas emissions, with 50 per cent stemming from vehicles alone.

President Abdel-Fattah Al-Sisi and the Egyptian government thus plan to reduce dependency on traditional fuels like diesel and petrol by introducing electric and hybrid vehicles in both public and private transportation. This shift to new energy vehicles (NEVs) will be smoothed over by a parallel focus on converting more vehicles to run on natural gas.

This turn to NEVs can bring more than cleaner skies, since it can also be a source of jobs. President Al-Sisi is pursuing the localisation of the NEV industry, and in a promising step the government recently signed a deal with the German carmaker Mercedes-Benz, which will introduce its locally assembled NEVs to the Egyptian market. Meanwhile, lowered customs duties are expanding the market for NEVs in Egypt. A presidential decree in 2018 exempted electric cars from customs and granted natural gas vehicles (NGVs) a 35 per cent tariff reduction.

Public transportation is in the spotlight as well, with a project to convert all taxis and mini-buses to run on bi-fuel (petrol and natural gas), commencing in September 2019 and finishing near the end of 2022. This will take some of the sting out of Egypt’s emissions. The Cairo Transport Authority (CTA) also plans to transform all buses in Cairo to run on natural gas and electricity within three years, with the first fleet of electric buses set to begin service by early 2020.

In Alexandria, 14 electric buses are already on the city’s roads, a first for the country as a whole.

EGYPT-CHINA COOPERATION: President Al-Sisi and the government’s plans for NEVs and renewable energy development are a major opportunity for all those in the industry, but particularly for Chinese companies which are leaders in renewable energy and new energy vehicles.

Egypt has the demand (a growing population with sustainable energy needs) and China has the supply (industry leadership in green tech that is both efficient and affordable). So far, NEVs have been the focus of cooperation, but the larger realms of solar and wind power hold even more promise.

Early this September, Minister of Military Production Mohamed Al-Assar and Minister of the Public Business Sector Hesham Tawfik visited China to explore NEV production in Egypt. This visit was not the first step, but the latest, and China’s Foton Motors, in cooperation with Egypt’s Ministry of Military Production, now plans to manufacture 2,000 electric buses in Egypt by 2023, with Foton set to deliver 50 electric buses by the end of 2019.

During the visit, Al-Assar signed a memorandum of understanding (MoU) with China’s Geely Auto Group to produce battery-powered vehicles. He also met with the chairman of Ankai Automobile to discuss manufacturing electric buses. Tawfik enjoyed a guided tour of the Dongfeng Motor Company’s factories in Wuhan, where the group discussed how battery-efficient technology could be applied to suit Egypt’s roads and climatic conditions.

Beyond upgrading fuel consumption, Egypt and China have been working closely together on other renewable energy projects since 2015, with Chinese banks and companies notably helping in both the fundraising and construction of Egypt’s massive Benban Solar Park, a 1.8 GW photovoltaic (PV) power-generation site. But there also remains untapped room for cooperation, particularly in solar and wind power where Egypt has favourable conditions for energy production, if Egypt is to hit its ISES 2035 goals for renewable energy.

Egypt’s climate, population demographics and growing economy are aligned with China’s goals for pushing ahead on green energy and for using this pressing issue as a platform for deeper international partnerships. Whether through cooperation on NEVs or tapping into Egypt’s vast potential for solar and wind-power generation, there are no signs that this trade relationship will be fading any time soon.