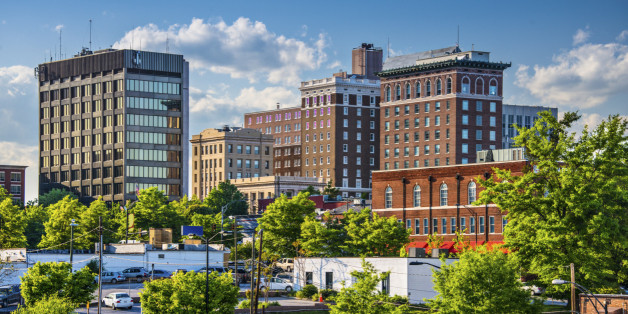 Fighting China’s environmental war one building at a time

As China’s President Xi Jinping prepares for his visit to the United States, pressure is mounting on both sides to identify potential areas of cooperation amid ongoing contention. Yet, intractable issues dominate the agenda for the two Presidents - accusations of cybertheft, military aggressiveness in the South China Seas and currency manipulation are among the hot topics. Trade, usually the bright spot in the bilateral relationship, holds limited promise with no expected significant breakthrough in the Bilateral Investment Treaty (BIT) negotiations. The one area that does stand out as a win-win, if progress can be made, is environmental protection.

In November 2014, President Barack Obama and President Xi reached a historic agreement to mitigate climate change as part of a long-term cooperative effort to accelerate each country’s transition to a low carbon economy. To meet China’s green objectives, President Xi is planning to announce a highly ambitious environmental “clean up” strategy as part of the 13th Five Year Plan later this year, with an estimated price tag of $1 trillion annually. China does not have the necessary expertise or financial resources to implement this plan independently, however. Thus, developing strategic priorities and outlining potential areas of greatest impact will be critical to the success of an effective war on pollution.

As one of the most pressing global priorities, climate change could replace trade as the new bright spot in the bilateral relationship. This is a natural opportunity for the United States and China to bring their best to the table and leverage a combination of technological, financial, trade, and market expertise in seeking solutions to this pressing common problem. The effects of climate change will have a significant impact on our two economies and could potentially reshape long-term national security priorities if they lead to competition for food security, clean air, and clean water. If deployed effectively, U.S. technology, know-how and experience combined with China’s vast market scale and ability to commercialize technologies rapidly could bring about significant reductions in China’s greenhouse gases.

China’s building sector presents one of the biggest opportunities for high impact collaboration. Buildings account for an astonishing 40% of global greenhouses gas emissions. China is the world’s largest builder, with plans for 50% of all new construction, and will hold this position for the foreseeable future. US companies such as Dow, Honeywell, General Electric and Johnson Controls manufacture green technologies that if installed could lower China’s carbon emissions. Yet the largest obstacle for widespread adoption of green technologies in China has been overcoming the higher up-front costs. The long-term savings and increased energy efficiency have not been sufficient to counteract these cost concerns.

In an effort to overcome this pricing hurdle and pull one of the biggest levers in the war on pollution, on September 17, the Chinese Economic and Financial Leading Group and the Paulson Institute, announced the intent to launch the U.S.-China Green Building Energy Efficiency Fund. Leading US and Chinese financial institutions such as Warburg Pincus, Goldman Sachs, Morgan Stanley, Avic Trust and CDH Investments, as well as major Chinese real estate firms including Vahke and SOHO partnered with the industrial firms mentioned earlier and China State Construction the largest builder in the world.

The mission of the U.S.-China Building Energy Efficiency Fund is to enable and accelerate the deployment of U.S. technology and expertise in the China market that will reduce substantially CO2 and other climate-related emissions while improving energy efficiency, promoting industrial productivity and restructuring, encouraging cross-border innovation, and creating green jobs at home and in China. Deploying energy efficient technologies will have the added benefit of reducing the amount of energy required to supply China’s continued economic growth. In fact, cutting energy intensity is an integral part of China’s strategy to rebalance its energy system and accelerate the shift away from a coal-based economy.

This energy initiative provides significant opportunities for American companies that are lead developers and deployers of green technologies. The Fund will help U.S. companies bridge the pricing hurdle of green building systems installation in China. And most importantly, greening China’s building stock will mean greater energy efficiencies and lower global greenhouse gases - and cleaner air for us all.

This article can also be found on Huffpost.