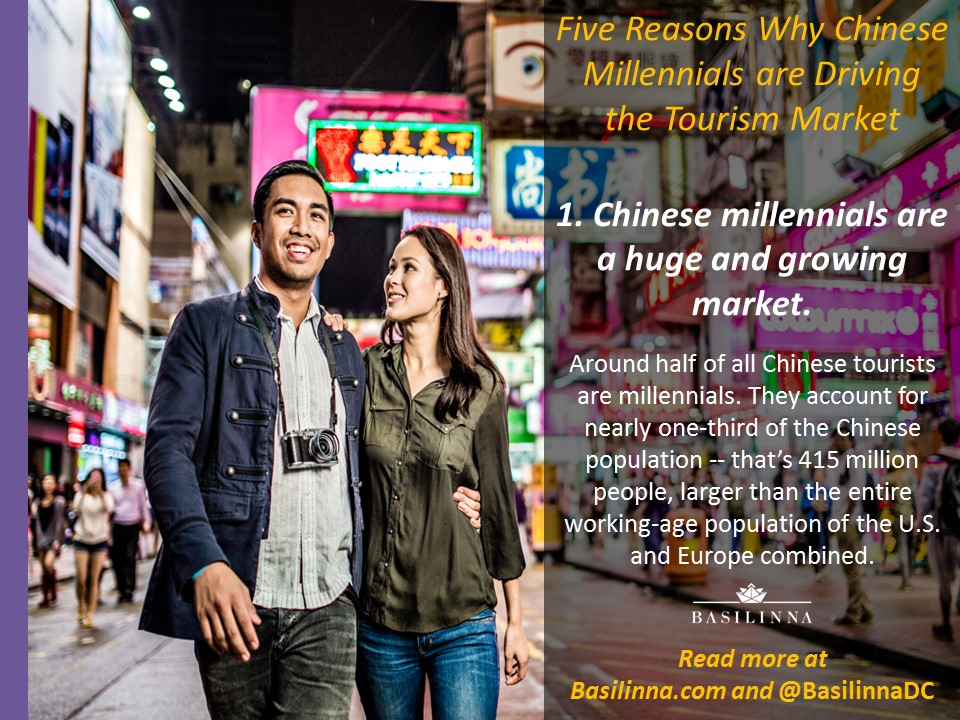 Five Reasons Why Chinese Millennials are Driving the Tourism Market: #1

Chinese millennials are a huge and growing market. Currently, around half of all Chinese tourists who travel the world each year are millennials. In the coming years, however, the number of Chinese millennial tourists is expected to surge. Nearly one-third of the Chinese population -- that’s 415 million people, larger than the entire working-age population of the United States and Europe combined -- are millennials, who will increasingly venture beyond the country’s borders as they grow older and wealthier, and as more acquire passports. Travel amongst younger millennials is a special bright spot: the number of young millennials aged under 18 who traveled overseas doubled from 2015 to 2016, and an estimated 74 million travel-hungry millennials are set to enter the tourism pipeline, as they graduate from Chinese universities over the next decade.