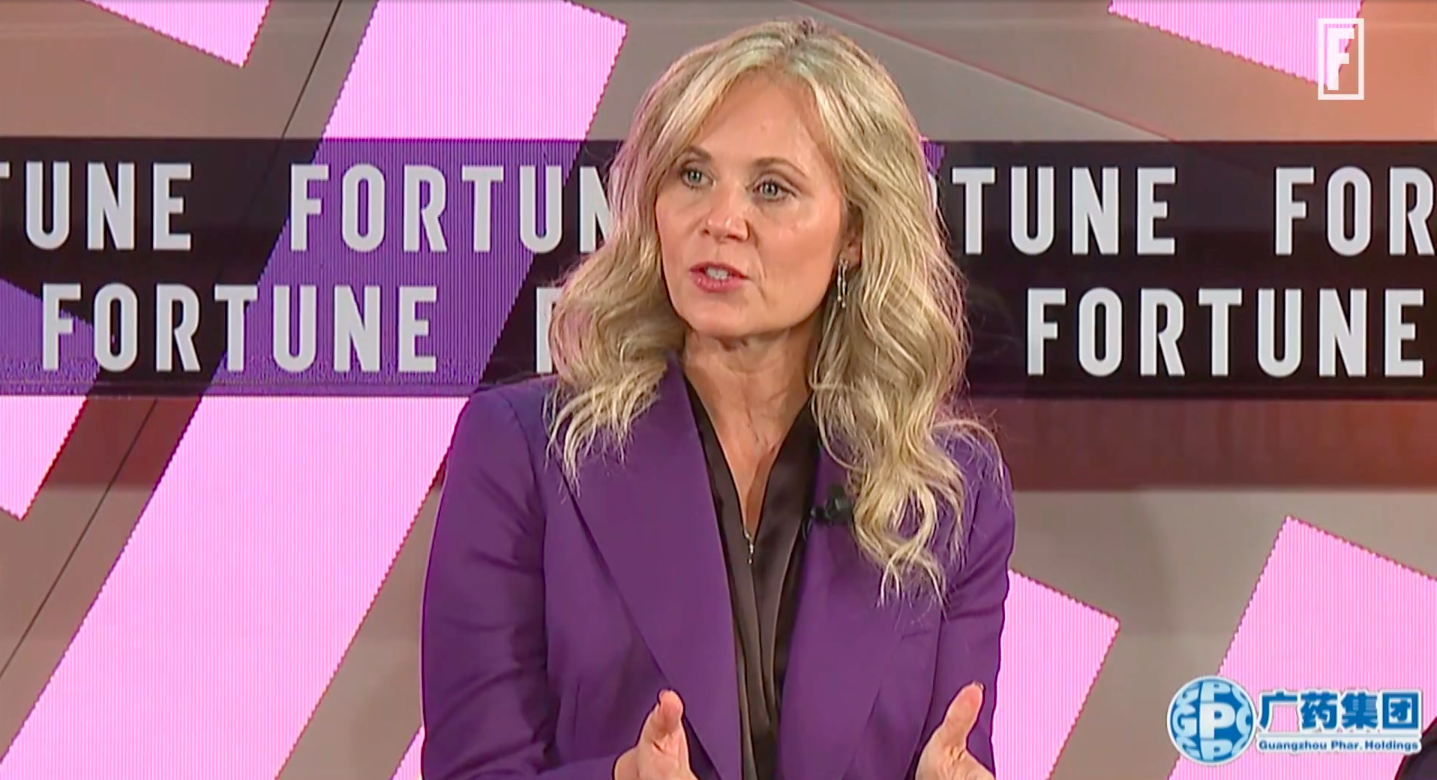 Fortune's Global Tech Forum: Inside the Trade War’s Tech Battle That Neither China Nor the U.S. Can Afford to Lose

At a Thursday panel at Fortune's Global Tech Forum in Guangzhou, China, policy and industry experts discussed the potential of a U.S.-China decoupling and where technology companies fall in the two superpowers' trade and tech wars.

None of the speakers was optimistic about the short-term, but they agreed that a full U.S.-China decoupling could not—or at least should not—be allowed to happen.

"They need each other," says Gan Jie, professor of finance at Cheung Kong Graduate School of Business and co-founder of Songshan Lake Robotics Park in Guangdong province.

For Gan, the current U.S.-China trade conflict is "really a tech war," rooted in "misunderstanding about each other" on both sides, without which "there wouldn't be a trade war."

Paul Triolo, practical head of geotechnology at Eurasia Group, says there is a growing perception, especially in Washington D.C., that China and the U.S. are in a "zero-sum, long-term technology competition" in emerging areas like 5G, artificial intelligence, and quantum computing.

Triolo, who characterizes himself as a "short-term pessimist, long-term optimist" on U.S.-China relations, says that this creates the impression that "every gain in China in a complex sector like A.I. is seen as a loss for the U.S.," when in reality A.I. is a small field where researchers often collaborate across borders and co-author papers.

Ben Harburg, managing partner at MSA Capital, is a little less optimistic. Looking ten years into the future, Harburg predicts a "bifurcated, balkanized world" where American companies still do well and interoperability still exists. But, he adds "there will be a substantial rebalancing of where the technology power and giants sit"—closer to China.

"The American decoupling moment is happening just at the wrong time," says Harburg, who predicts that while the U.S.'s export controls and investment restrictions may hurt China in the short-term. But in the long-term he says, "the loser is the United States," because the restrictions will force China to become technologically and economically self-sufficient.

Supply chains, capital markets, and talent that was once shared by the U.S. and China will concentrate in China, build up native industries and dominant global tech players, and attract emerging tech markets, where Harburg believes "the real battleground lies."

The U.S. is starting to withdraw just as emerging markets from Indonesia to South Africa are starting to look to "Chinese-built, backed, or inspired business models," Harburg says, and a U.S. absence means those markets will see China as "the only viable alternative" to do business with and make connections.

Harburg also worries that decoupling will affect U.S. tech giants like Facebook and Google, which may lose access to emerging technology markets and thus lose the ability to "shape the trajectory of where the Internet goes."

Deborah Lehr, vice chairman and executive director of the Paulson Institute, offers a pragmatic view of the situation. "There's a recognition in the United States now that [decoupling] can't happen," at least among the business community, Lehr says, adding that she would prefer rhetoric around U.S.-China relations to shift away from "war" and towards "strategic competitors."

"We need to find a way to work together because China isn't going away, and the United States can't ignore it—and we can't contain it," Lehr says.