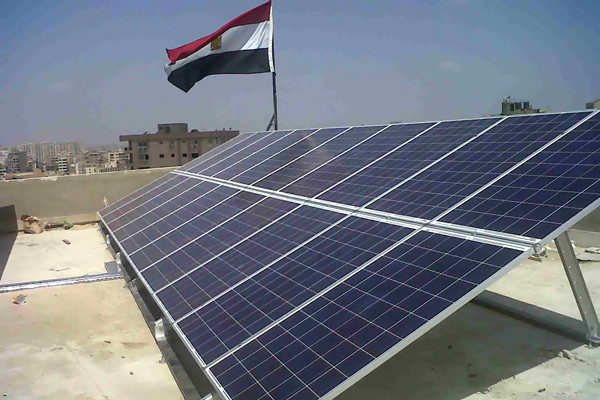 Sustainability has taken another step forward in Egypt this month. On July 18, the Egyptian government announced a regulatory framework for the issuance of green bonds to promote sustainable development. The challenge, however, will be finding projects qualified for the “green” designation, especially since the definition of what constitutes a sustainable project is yet to be standardized in Egypt – or in most markets for that matter. And implementation and enforcement mechanisms for these standards are even less defined.

But the good news in Egypt’s announcement is that countries are beginning to recognize the need for private sector capital to finance the transition to a more energy efficient, less polluting economy. Private capital is essential – and can come in many forms. Green bonds, however, have emerged as the most attractive investment, but still only represent a small fraction of the total. Over $100 trillion bonds were issued last year, with green bonds accounting for a mere $161 million of that total, or less than one percent.

China has become the global leader in using green bonds to finance its transformation to low carbon growth. The government estimates that will require between $600 billion to a $1 trillion annually for at least the next five years to green its economy but can only provide 10-15 percent of the total – the rest will need to come from the private sector. As part of the “War Against Pollution,” a top priority of President Xi, China launched its first green bonds in the second half of 2016 and went on to become the global leader.

Although growth faltered in 2017 due to a broader government crack-down on financial markets, China is poised to claim the top spot again in 2018. President Xi has reaffirmed his commitment to green finance in his second term, and recently announced a sweeping and ambitious agenda for creating a sustainable financial infrastructure. As part of this effort, China is creating a standardized definition and criteria for “green” projects across its financial institutions.

Egypt has an opportunity to follow China’s lead. In order to develop a robust market for sustainable development, it must create confidence with investors that it will not engage in “green washing,” or promoting investment in projects that appear to be environmentally friendly when they are truly not so. Egypt instead should develop, follow, and enforce strict definitions and criteria for sustainable projects.

To further boost confidence, Egypt can seek to have its bonds becoming certified by organizations such as the Climate Bonds Initiative to reassure investors that it will adhere to high standards in issuing these bonds. Also, Egypt should consider supplementing its use of green bonds with government policy to create positive incentives – through tax breaks or preferential loans, for example – to encourage developments to create a pipeline of green projects.

In addition, Egypt has the potential to use these bonds to raise funds internationally. China’s top banks, for example, have listed green bonds on leading international exchanges including Paris and London to access international capital markets to finance its push for sustainable development. There is a large appetite by international investors – reflected in the significant growth rate of the global green market – for reliable and credible sustainable investment projects.

If Egypt adopts high standards for its new bonds, green development could be a core driver of its economic growth.

Egypt’s hot weather and limited rainfall, combined with a still active heavy industry, plans to build coal-fired power plants, and rising auto purchases, will result in increased greenhouse gas emission and air pollution levels, unless active steps are taking to rein it in. It is a positive sign that the Egyptian government is considering ways to use market mechanisms to promote a low carbon economy.

Yet to succeed in reducing rising carbon emissions, it will require good government policy, high standards for green development, and active enforcement of the rules. If the Sisi Administration plans to truly commit to these concepts and become a leader in green development, it could set the example for the rest of Africa and the Middle East.