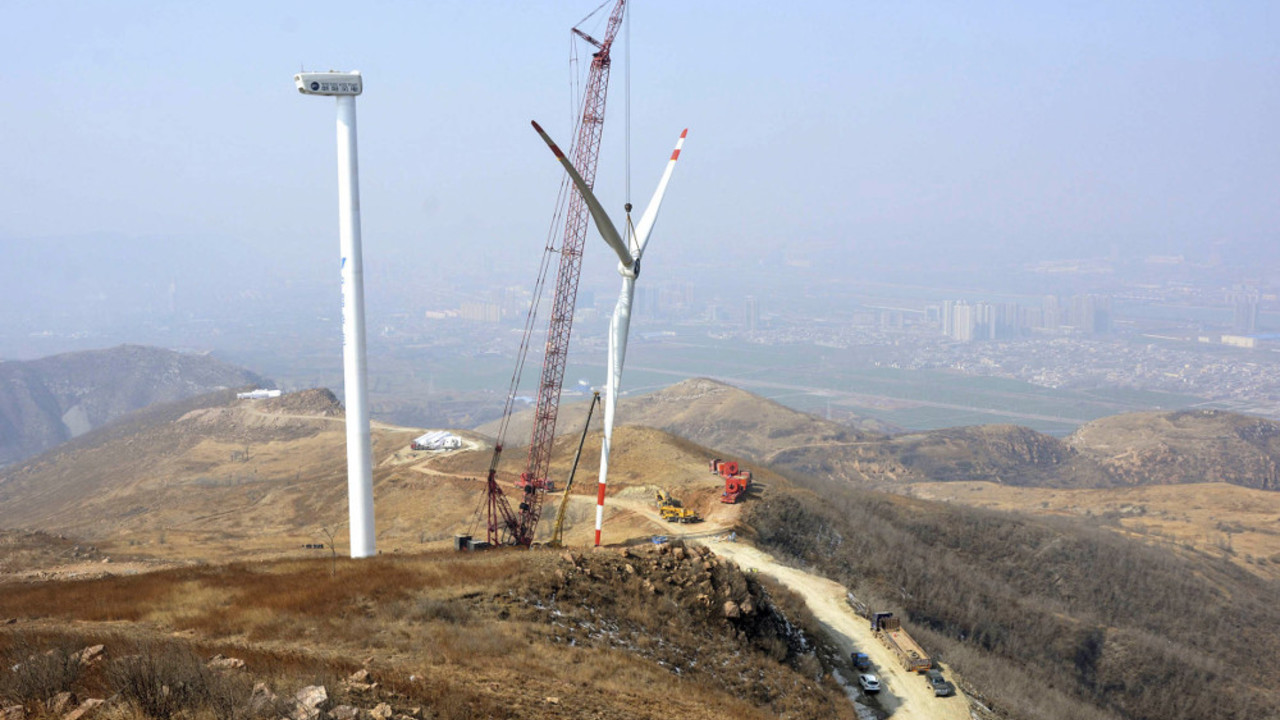 This article is cross-posted from Mail and Guardian. Read the original article here.

China is set to become a hotbed for the $100-­billion market in bonds tied to environmentally friendly investments as authorities and developers seek alternatives to loans for funding a shift to clean energy supplies.

The timing is ripe for so-called green bonds in China because policymakers are “more driven to promote healthy development during a period of economic slowdown”, said Xu Nan, a policy analyst at the Research Centre for Climate and

Energy Finance at the Central University of Finance and Economics in Beijing.

In 2014, global green bond issuance more than tripled to $36.6-­billion from the year earlier, according to data from the university’s research centre. China accounted for none of that market. Bloomberg New Energy Finance says the value of new green-bond lending may reach $40-billion this year, a big expansion on the $100-billion raised in the past five years.

By issuing green bonds, “you’re explicitly telling everyone else you want to channel your capital allocation towards low-carbon or green activities”, said Wai-Shin Chan, a Hong Kong-based strategist at HSBC Holdings. “That’s an important signal because it tells not only the government that you want to be part of this, it might increase your chances of gaining public projects in the future.”

Although relatively tiny compared with the total size of the global bond market, the potential in China is ripe given the vast sums being spent on record installations of solar and wind capacity.

“Green bonds in international markets are driven by the needs of ethical investors, which focus on investing in projects with higher sustainable benefits, while China still needs to foster such investor groups,” Xu said.

The total volume for the green bond market worldwide may exceed $40-billion this year, Moody’s Investors Service estimates. China and India, a pioneer in Asia’s nascent green-bond market, are expected to be “prominent ­drivers of regional issuance over the coming years given the government’s ambitious targets on building out renewable energy capacity”, according to an October 19 note by Moody’s.

Bank lendingUntil now, bank lending has been the primary source of funding for environmentally friendly projects in China. Green project lending from 21 major Chinese banks – including the China Citic Bank and the Industrial and Commercial Bank of China – exceeded six-trillion yuan ($949-billion) as of the end of 2014, according to data from the China Banking Association. That represented almost 10% of the lending activity on the part of the group.

The green-credit ratio will continue to rise, Ma Jun, the chief economist at the People’s Bank of China’s (PBOC) research bureau, said at a briefing in Beijing last month.

“We think policy banks are certainly primed to issue green bonds,” said Chan, adding that China’s local governments may also be interested in issuing municipal green bonds based on infrastructure needs, as in Europe and North America.

“Such bonds, which usually have a lower yield, are popular because they meet investors’ specific needs for green concepts,” said Nick Duan, a Beijing-based analyst from Bloomberg New Energy Finance.

Small- and medium-sized companies in China are crying out for ways to secure cheaper and easier financing, Xu said.

Including environmental protection, China’s green industry needs 2.9-trillion yuan of investment annually in the next five years, the Financial Research Institute of the State Council’s Development Research Centre forecasts. Two-thirds will be funded through capital markets at home and abroad, it says.

China’s entry to the market in “full force” would be a “game-changer” for the green bond market, Standard & Poor’s said in March.

World leaderChina led in renewables last year with investments of $89.5-billion, accounting for almost one out of every three dollars spent on clean energy in the world, according to Bloomberg New Energy Finance figures released in January.

The Chinese government aims to get 20% of its energy from renewables and nuclear power by 2030 as a means to help cut carbon emissions.

China has the potential to be a leader in green bonds because it aspires to be seen as a leader in green financing among G20 nations, said Deborah Lehr, a senior fellow at the Paulson Institute, a research centre on China that’s based in Chicago.

“We’re still waiting to see the regulations but we understand they will be coming out both for green municipal bonds and green corporate bonds by the end of the year,” Lehr said. “We’re hoping that’s going to be a really new innovative way of encouraging both the acquisition and deployment of clean technologies.”

China may want to have its own standards on green bonds, including which projects are eligible, the management of proceeds and evaluation processes, Chan said. “The PBOC is working on a set of green bond guidelines. I suspect there could be more encouraging incentives for buyers too.”

In fact, the Green Finance Committee, a PBOC-approved think-tank, has finished a draft report on the definition and categories of green bonds and is seeking comment, Ma Jun said at the Bloomberg New Energy Finance forum in Shanghai last week.

The market has also spurred the need for ratings. Noah Holdings, a wealth-management services provider in China, is trying to set up a ratings system for green debt with six rating organisations, its chief research officer, Jin Hainian, said at the forum.

The system will look at the performance of projects on pollution management, effect on the ecological environment and the sustainability of development, said Jin. – © Bloomberg