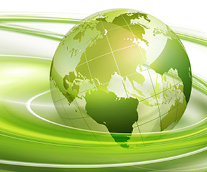 Greening the financial system: From momentum to transformation

In the midst of the International Monetary Fund/World Bank fall meetings, international and U.S. experts convened for the “Greening the Financial System: From Momentum to Transformation” conference on October 7th, 2016 in Washington, DC.

Basilinna supported the Paulson Institute’s efforts along with Bloomberg Philanthropies, the Institute of International Finance (IIF), the Securities Industry and Financial Markets Association (SIFMA), the Toronto Center, and the United Nations Environment Programme (UNEP) in hosting the event which gathered experts from different government, industry and the not for profit sectors to discuss the need to sustain the growing momentum in green finance as a means to finance the global transition to a low carbon economy. Overall, it explored existing challenges, such as the need for voluntary versus mandatory disclosure requirements to the practical aspects of developing appropriate definitions of "green" when assessing projects for investing.

During the first session, “Greening the Financial System,” senior public and private sector the executives provided their perspectives on the progress made in advancing green finance and where issues stand today. The high-level discussion moderated by Simon Zadek, co-Director of UNEP Inquiry, placed emphasis on prospects for a greener future, as well as what steps the international community and the private sector can take to promote  green transformation of the global economy. His panelists included high-level government officials who argued that green finance is essential to future competitiveness and economic growth of their country. They also highlighted the  release of the recent UNEP report "The Financial System We Need: From Momentum to Transportation.” This report notes the growing momentum for green finance but asserts that this effort is still not enough to promote a significant transformation to a global low carbon economy. Panelists argued that the growing middle class and opportunities stemming from increased urbanization will translate into massive investments in infrastructure. Therefore, it is important that governments create the circumstances to ensure that this increased investment in infrastructure is done in a more sustainable manner.

Session two, “Green Finance and the G20,” moderated by Michael Sheren, Senior Advisor for the Bank of England and co-Chair of G20 Green Finance Study Group, explored in-depth the challenges to the green finance industry and options that the G20, under Germany’s leadership, might consider for enhancing green investment and finance. “Green finance is a mix of hope and fear,” stated a panelist. The panel, made up primarily of members of the G20 study group, discussed the potential of green finance, but also highlighted some of the challenges facing governments in developing the appropriate regulatory policy to promote it. Germany's stated intention to maintain the Green Finance Study Group under its Presidency of the G20 is a positive signal that will help ensure that the G20 remains focused on this issue. Under Germany's leadership, the Study Group will dive deeper into the overall issues as well as focusing in two areas: enhancing disclosure requirements and exploring assessment tools.

Deborah Lehr, Senior Advisor at the Paulson Institute and the CEO of Basilinna, led the discussions for the third session “Green Finance: Going to Scale.” A main issue discussed was sustaining the momentum for green finance especially given its positive impact on economic growth and ability to help countries meet their climate commitments under the Paris Agreement. The panelists discussed the private sector perspective on what steps need to be taken to establish green banking systems, further develop the green bond markets, and spark greater participation by issuers and investors.

The final panel of the day “Greening the Financial system,” moderated by Martin Wolf of the Financial Times, addressed the challenges and opportunities in catalyzing transformation from the current momentum, highlighting the importance of ambitious national action in informing and driving international cooperation, and the critical importance of collaboration. The panel included several high-level public sector officials as well as senior executives from the private equity and insurance sectors. The panelists not only emphasized the need to apply green bond infrastructure to a much wider sphere to capture more opportunities, but also the need for a kind of blended finance to bring down all of the commitments of governments to actual projects, once again placing emphasis on building from momentum into execution and transformation. Concrete transformative measures are needed to turn the global economy into a green economy.

Finally, Deputy Governor Yi Gang of the People’s Bank of China gave the wrap up keynote address. Yi Gang is responsible for overseeing China’s ambitious agenda for green finance. In his remarks, he spoke of the recent progress China has made on green finance as well as the G20 efforts. Yi highlighted how China is one of only three countries that have defined "green loans", and they currently account for ten percent of China's domestic loans. He went on to emphasize that China proposed to include green finance into the G20 agenda and established the G20 Green Finance Study Group. As of today, the G20 Green Finance Study Group has conducted five meetings and produced the G20 Green Finance Synthesis Report, providing seven recommendations for the financial system to mobilize private capital for green investment. Germany, as mentioned earlier, will maintain the Study Group under its Presidency of the G20.

The co-hosts will prepare a summary document of the conference with recommendations, which will be submitted to the G20 Green Finance Study Group to be considered in its deliberations.