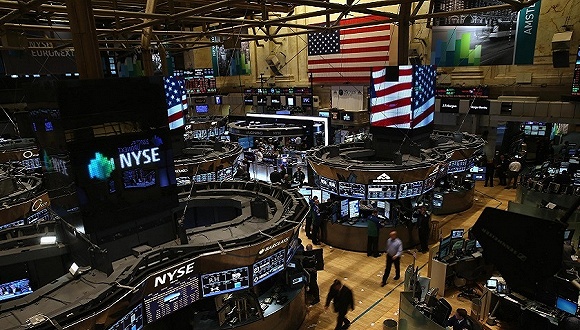 Read Jiemian's Report on the event below:

“Firstly, it is the nature of the risk, whether it's systemic risk or other risks that may compromise the financial system. The second was the implication of broad based leverage and the impact on the economy of deleveraging across a very short period of time.  And third, leadership. The most important one is the strong leadership in a time of crisis as displayed by the federal reserve and policy makers across the world.”

In terms of the Monetary policy, Mr. Schwartz pointed out, for many decades interest rates have effectively been declining, creating very low interest rates, encouraging leverage and with the introduction of quantitative easing, and the central banks around the world owned roughly more than 30% of the world’s bonds – ultimately helping to and drive asset prices significantly higher. As we now see the shift to increasing interest rates OR “quantitative tightening occurs,” it's it is somewhat likely that undoubtedly going to be the case that certain institutions entities and countries may will be impacted.

“The Federal Reserve did an excellent job of navigating the financial crisis and implementing quantitative easing at that time, which was necessary. Now, the Federal Reserves is faced with reducing quantitative easing or quantitative tightening. The Fed has been managing this process extremely well so far. having said that, and, as capable as they are, there may be economic challenges to navigate even in the best of circumstances. The shift upward in interest rates at the end of a 10-year bull market globally leaves me concerned about markets broadly.”

Regarding the China’s economy, Mr. Schwartz indicated that the approach to deleveraging has been quite thoughtful and executed quite well. “It's never easy to deleverage, so these are very difficult decisions to make.” He said.

“It's easier to increase leverage and encourage economic growth than make the hard decision to de-lever. And I do think my conversations with policy makers I’ve always been quite impressed with their ability to utilize all the resources at hand. And in this particular case the deleveraging process has been going on for a short period of time, but I remain confident that they’ll use all the tools at their disposal quite effectively.”

Open the Market to Become the Largest Economy

Mr. Schwartz pointed that, there's been extraordinary growth in the Chinese economy and the trajectory has been quite amazing. It's very clear to me that to continue this growth over a long period of time it’ll require increasing external capital, increased competition, and a free flow of capital just to sustain the trajectory of growth. Now with respect to the pace, I think you can find lots of debate on either side.

Some would have said that the largest banks in the world are from China, and so perhaps that they should move more quickly. I think that these transitions are complicated and there are lots of factors to weigh in terms of how to think about the transition. The most important thing, is that there is an orderly steady path to opening up and broadly liberalizing the capital markets and ownership structures. Because in the long run to become the largest economy in the world is very difficult without the open economy and businesses.   Open capital markets facilitate the efficient allocation of capital which is critical to sustainable growth over the long run.

Deborah Lehr said, China could take bold steps. We understand there are certain sectors that are still growing, but there are other sectors including financial services that are very sophisticated. And in the financial services sector Chinese firms and Chinese regulators should not be concerned of having best of class foreign institutions operating in the market. Instead of being a negative, what is does is it encourages and increases the overall quality of the operations.

In terms of the US China trade friction, she thought that this is a debate that comes up every time there's a trade negotiation. It's not unique to U.S. and China. And ultimately these negotiations are about finding the right balance. we have to represent our best interests and what's in our economic interests. A negotiation is about to find the balance on each side.

She said, “I’ve been involved in these negotiations since I think the first one was started in 1991, and we had those exact same discussions. And I have to say that in each of these negotiations I think we’ve found the balance, and I think both countries were better off for it.”

Mr. Schwartz pointed out on the B&R issue, similar to Marshall’s plan in Europe, the infrastructure development under Belt and Road would play an important role in terms of economic development. “I think it's a very bold and important initiative, particularly with China’s ability to export talent, capital, and help develop economic growth through infrastructure and other projects.”

Deborah Lehr said, the Initiative has created a global platform working with countries around the world on the issues, for example how to build infrastructure. It's too early to determine whether it's been successful or not, certainly what we’ve seen is it's started to have an impact globally.

“Chinese companies have become more sophisticated in how they’ve been approaching investment overseas, and that's been a very good thing in this context.” She indicated, “We’ve also seen a number of the governments along with the BRI start to change even their own domestic plans to try and attract Chinese investment.”

We do work in Egypt and other parts of North Africa and the Middle East, and we’ve seen that they’ve tailored them very clearly to try and attract both some of that infrastructure financing, but also to try and attract some of the Chinese technologies that in some cases are more appropriate for their level of development, than say technologies coming from the United States or from Europe.