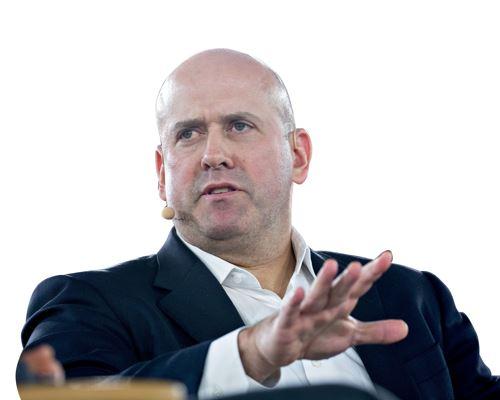 Read Caijing's Report on the event below:

Mr. Schwartz said that for many decades interest rates have effectively been declining, creating very low interest rates, encouraging leverage and with the introduction of quantitative easing – ultimately helping to drive asset prices significantly higher. As we now see a shift to increasing interest rates or “quantitative tightening,” it is somewhat likely that certain institutions and countries may be impacted.

On China, as I look at its growth and development, it does not feel like an emerging market country. as the second largest economy in the world view it more as a developed economy. I’ve always been very impressed with their understanding of financial markets and the development of capital markets.

Mr. Schwartz also told 21st Business Herald that, “The Federal Reserve did an excellent job of navigating the financial crisis and implementing quantitative easing at that time, which was necessary. Now, the Federal Reserves is faced with reducing quantitative easing or quantitative tightening. The Fed has been managing this process extremely well so far. Having said that, and, as capable as they are, there may be economic challenges to navigate even in the best of circumstances. The shift upward in interest rates at the end of a 10-year bull market globally leaves me concerned about markets broadly.”

Good Execution of the De-Leveraging Approaches

To summarize the key take-aways, it includes, firstly, is what is the nature of the risk, whether it's systemic risk or other risks that may compromise the financial system. The second was the implication of broad based leverage and the impact on the economy of deleveraging across a very short period of time.  And third, leadership. The most important one is the strong leadership in a time of. Crisis as displayed by the federal reserve and policy makers across the world.

Mr. Schwartz pointed out that the approach to deleveraging has been quite thoughtful in China. It's never easy to deleverage, so these are very difficult decisions to make. “It's always much easier to increase leverage and encourage economic growth than make the hard decision to de-lever. In my conversations historically with Chinese policy makers, I have always been quite impressed with their ability to utilize all the resources at hand and understand the various implications of various policy choices.”

“A negotiation is about finding the balance on each side, and each side sometimes comes away equally unhappy.” Deborah Lehr mentioned, “I’ve been involved in all major trade negotiations with China since the first one was started in 1991. To be candid, some of the discussions occurring today were also ones that were on the negotiating table in those years. In each of these negotiations, we were able to reach an agreement that met the needs of both countries.”

Mr. Schwartz said, the opening up should be the trend in the future. If China is to continue the economic growth over a long period of time, it’ll require attracting external capital, increasing competition, and ensuring a free flow of capital. If China’s markets are closed to foreign competition, it will be hard to maintain the current levels of economic growth.

“With respect to the pace opening, the I believe that China should move as quickly as they can. The free flow of capital will allow for efficient capital allocation and is a prerequisite for sustainable economic growth over the long run. “

Transitions are understandably complicated and there are lots of factors to weigh in terms of how to think about the transition. Mr. Schwartzpointed out that the importance that there is an orderly steady path to opening up and broadly liberalizing the capital markets and ownership structures.