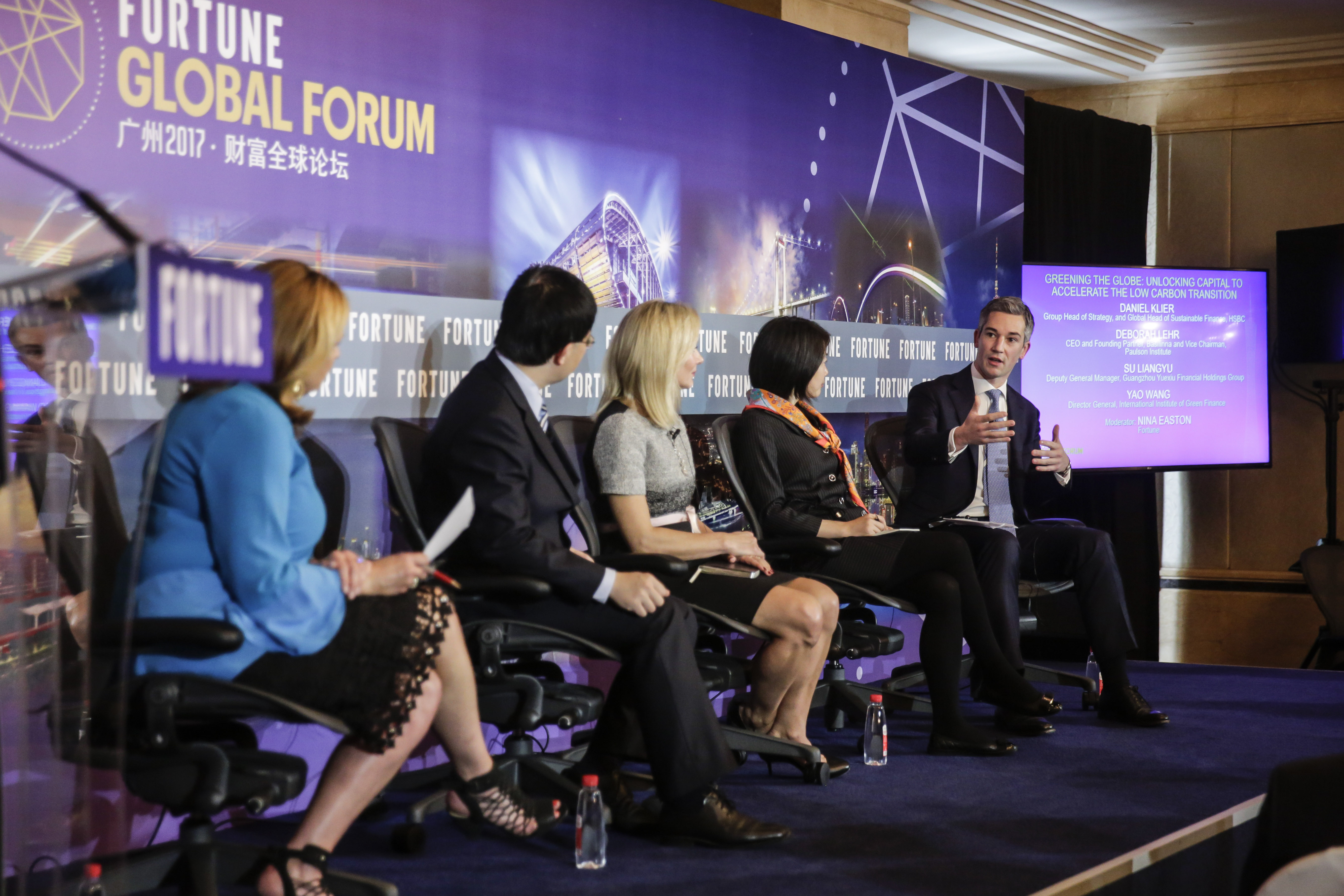 Here's how to move ‘Green Finance’ further into China's mainstream

This article is cross-posted from Fortune Magazine. Read the original article published here.

What’s one way to cut down on pollution in China?

“We need to start moving [sustainability] out of the philanthropic world into the mainstream world of finance,” Deborah Lehr, the CEO and founding partner of Basilinna and vice chairman of The Paulson Institute, told the Fortune Global Forum in Guangzhou, China, on Thursday. To that end, green finance—the financing of investments that generate environmental benefits—is key.

Lehr sees China, the world’s largest carbon polluter, as the driver of innovation in the field. China already has the largest green bond market in the world, and it only launched one year ago.

Daniel Klier, HSBC’s global head of sustainable finance, told the Forum that his role alone—which combines sustainability and traditional finance—demonstrates that companies are beginning to take the issue seriously. If a discussion about green finance occurred five years ago, he said, the head of “ethical investing” would be sitting in his place.

“Now, it’s the mainstream investors,” he said. “The commitment level is there, but some challenges remain.”

One such challenge: Investors typically like to invest in highly liquid markets in U.S. dollars with nice dividends and cash-flow.

“The stuff we’re talking about here has none of that,” Klier said.

One way to align the level of commitment with investment appeal in sustainability is through blended finance, Klier said, which mixes public and private funds through a common investment scheme.

Transitioning to a low-carbon economy is expensive, and many of the countries and companies under the greatest threat from climate change lack the means to pay for it.

“We need to figure out a way to finance the transition and unlock this big chunk of the balance sheet in China and elsewhere,” Klier said.