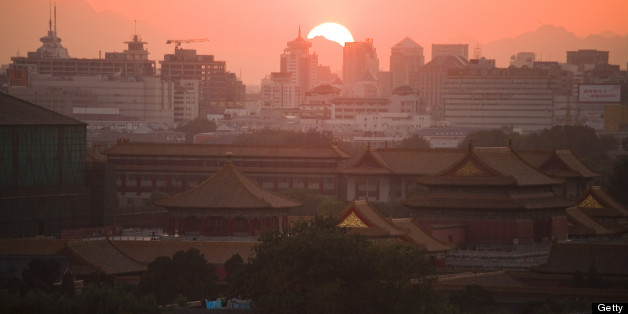 China's 13th five-year plan, due for release in 2016, will reportedly include the most ambitious environmental reform agenda attempted in history. A study by Goldman Sachs predicts that, as a result, the Chinese environmental market could be a multibillion-dollar opportunity.

As pollution in China reaches crisis proportions, leading to a drag on the economy and a rise in social unrest, the government is taking bold steps to remedy the "airpocalypse" situation through a full-scale "war on pollution". One of the biggest challenges, however, will be the ability to finance this green revolution.

China expects the implementation of the measures in the plan to cost at least US $1 trillion every year for at least the next five years. And the government estimates that it can cover only about 15 percent of that price tag. The government has begun to explore how to create innovative financing vehicles in both the private and public sectors to attract the necessary capital - and technologies. The environmental reform plans will provide excellent opportunities for foreign financial institutions involved and interested in promoting sustainability.

Green finance is the latest catchphrase being used by Beijing, but it is also a full-scale initiative, with the People's Bank of China chairing the newly created Green Finance Committee, which brings together China's public and private sectors to explore viable options. The committee has 85 members representing Chinese financial institutions, clean energy companies, private equity companies and sovereign funds. The Paulson Institute has partnered with the committee to explore how innovative US technologies can help in the fight against pollution.

Beijing has outlined a four-part plan to create the framework to promote green finance:

One of the biggest challenges in implementing this reform agenda is the lack of trained personnel. Capacity building, especially in finance, will be essential. Non-governmental organisations can play an important role in developing programmes to train financial experts and policymakers on sustainability and green finance.

Cleaning China's air, water and soil have become an economic and social imperative. President Xi Jinping must take bold steps to clean up the environment, and indications are that the 13th five-year plan will attempt to do just that.

This great environmental challenge could become China's greatest economic opportunity. If it can attract innovative investors to become part of the solution, it could become a world leader in the new Green Revolution.

Deborah Lehr, a senior strategic adviser to the Paulson Institute, was one of the lead US negotiators on China's accession to the World Trade Organisation