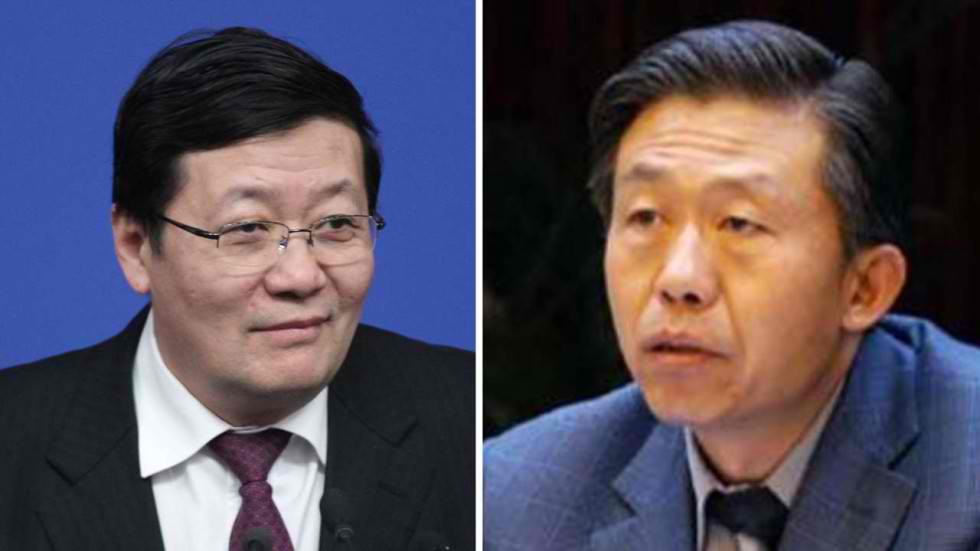 In China, the changing of the guard is starting

The internationally popular Chinese finance minister, Lou Jiwei, was removed from his post unexpectedly this past week. Minister Lou, 65, the rumpled professorial first head of China’s sovereign wealth fund, was part of the brain trust of economists brought in by then Premier Zhu Rongji to support his efforts to reform China’s economy in the 1990s.

Lou is also a protégée of the powerful Wang Qishan, currently head of the Central Commission for Disciplinary Inspection, himself a widely respected financial expert. Xiao Jie, Lou's replacement at the relatively young age of 59, has followed a much traveled path to the finance ministry.

As with several of his predecessors, he previously served as head of the Department of Taxation. Much has been made of the unexpected timing of this transition, but expect more changes at the top levels of Chinese government between now and the important 19th Party Congress next Fall where President Xi Jinping will announce his new Party leadership team.

In being designated as the Core of the Chinese Communist Party, President Xi -- or more important, General Secretary of the Party Xi -- has shown to be a master consensus builder by uniting the old guard of the Party in support of his position and ambitious agenda for change. As such, Xi now has the political support to begin the complicated chess game of moving his supporters into positions to ready them for the leap into the senior leadership. And Lou, while a competent and respected Minister, was not a known FOX -- friend of Xi. Is Lou's transition a negative sign for economic reform, as many in the West are reporting? It is definitely too early to tell if this is an accurate interpretation.

First, Lou Jiwei may not retire, but instead be given a new assignment, despite being of retirement age. Following precedent, former Ministers of Finance have gone on to head the important National Administration for Social Security, including the current incumbent. One of the critical challenges facing China today is creating the infrastructure to support the country’s rapidly growing aged population, and certainly, Lou has the experience and credibility to take on this challenge.

If he is given a new position, Lou’s move may be an early indicator of Xi’s willingness to overlook the “age limits” rule that many of his current officials are bumping up against. The other important point missing from the Western media analysis is that Xiao Jie, while deputy head of the central office of the State Council, a position where he works across the Chinese “Cabinet” and with the senior leadership, is also a FOL -- friend of Li. Xiao has served as Chief of Staff to Premier Li Keqiang, which in the Chinese system is an excellent platform for further promotion.

It has been widely rumored that Premier Li is on the outs with President Xi, and is likely to be replaced as Premier to head the National People’s Congress. Again, it is too early to know if there is any truth to these rumors, but certainly Li will remain on the powerful Standing Committee.

What we do know is that Premier Li has been an outspoken supporter of increasing the use of market mechanisms, reducing the role of the State in the economy, and promoting the development of the private sector as an engine of growth. And the selection of someone viewed as a "Li Keqiang person" into a position that is responsible for addressing some of China's critical economic challenges -- tax reform, property rights, municipal debt, and overcapacity -- could be read as a positive for further change as well as an early sign of the Premier's existing influence on the direction of economic reform.

The opacity of the Chinese political system combined with the necessary secrecy of President Xi as he changes his Administration means that there will be a lot of Chinese tea leaf reading over the next year in the lead up to the 19th Party Congress. And it started in earnest this week.