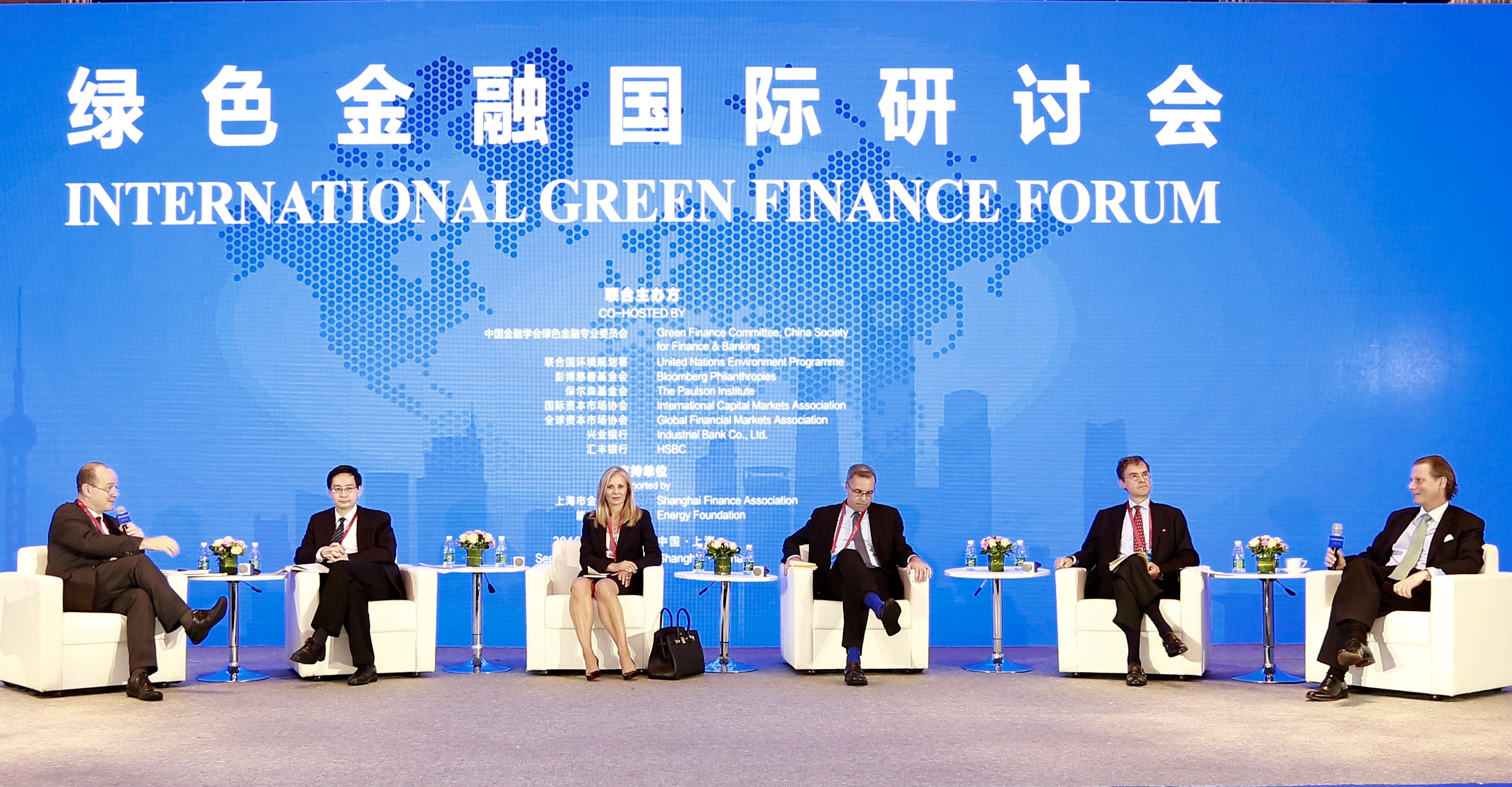 China is leading the pack to become the global leader in green finance. At the annual The International Green Finance Forum, held in Beijing on September 5, Yin Yong, Vice Governor of the People's Bank of China (PBOC) declared China as the first country to establish a “relatively complete” green finance policy, and that it will now promote these standards abroad. The forum attracted 200 participants attending from international institutions around the world, and was hosted by the Green Finance Committee of China. The Paulson Institute was a co-supporter of the day long event.

The Forum, which was launched initially to highlight the work and recommendations of the G20 Study Group on Green Finance, which was created when China held the G20 Presidency, is the premier event on this topic in China. A broad range of topics were covered from the on-going role of G20 in driving change in this field to responsible investing, green finance and the Belt & Road Initiative, to how innovative financing is driving behavioral change.

Deborah Lehr, CEO of Basilinna, spoke about responsible investing. The Paulson Institute, in partnership with the Chinese government, helped create and is a non-commercial advisor to, the U.S. China Green Fund, which is bringing leading U.S. technology to China to help in reducing energy efficiencies. It has made close to $20 million in technology purchases to date, with is significantly more planned. These technologies are helping to create greater building energy efficiencies. China's buildings account for approximately 40% of all greenhouse gas emissions so this small action can have a significant impact.

In addition, the panel touched upon the important role that governments can play in the development -- or lack thereof -- of green development. In the case of China, the government is driving change through regulation, aggressive policies and top-down mandates to create innovative financing vehicles for green development. For the United States, industry tends to be the leader in driving this type of change in financial markets, but government can play a key role in setting the tone, direction and creating incentives to encourage positive behavior. In the case of the Trump Administration, however, it is unlikely that they will be a major supporter of an active public role in green finance.

The Forum will convene again in Beijing next September.