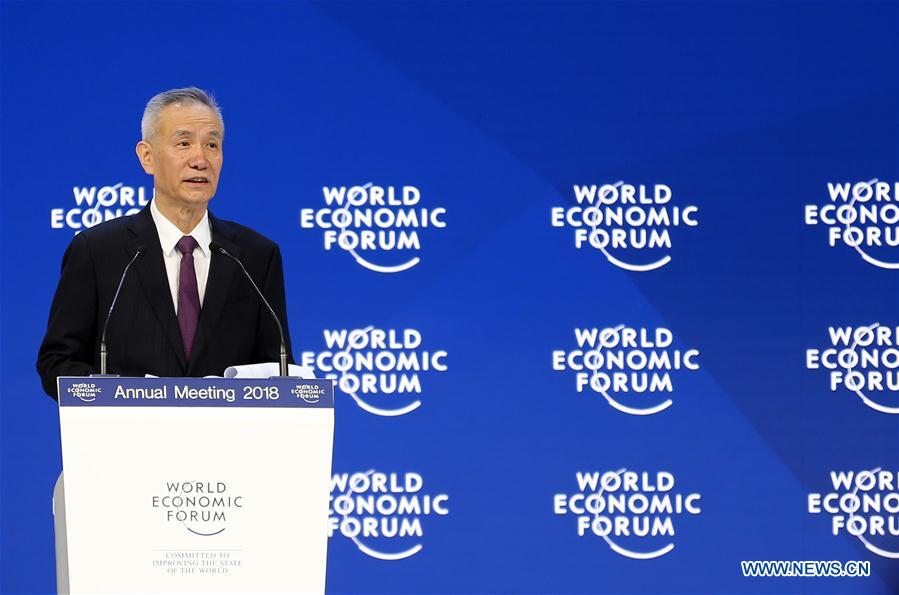 Liu He, a member of the Political Bureau of the CPC Central Committee, and the director of the office of the Central Finance Leading Group delivered a speech on “China’s Economic Policy” at the World Economic Forum (WEF) in Davos on January 24th. Minster Liu He reaffirmed China’s support for “economic globalization” and its “opposition to all forms of protectionism." He also stated that China is facing , “a key necessity, a main task, and three critical battles,” namely transitioning the economy from rapid growth to high-quality development, cutting capacity where necessary, and working to resolve risk prevention, poverty reduction, and pollution control. Liu remarked that China has to continue to “advance reform and open up at a faster rate,” ensuring that the China will become further integrated with global trade rules, and supports countries focusing on the message of this year's WEF theme of “Creating a Shared Future in a Fractured World.”