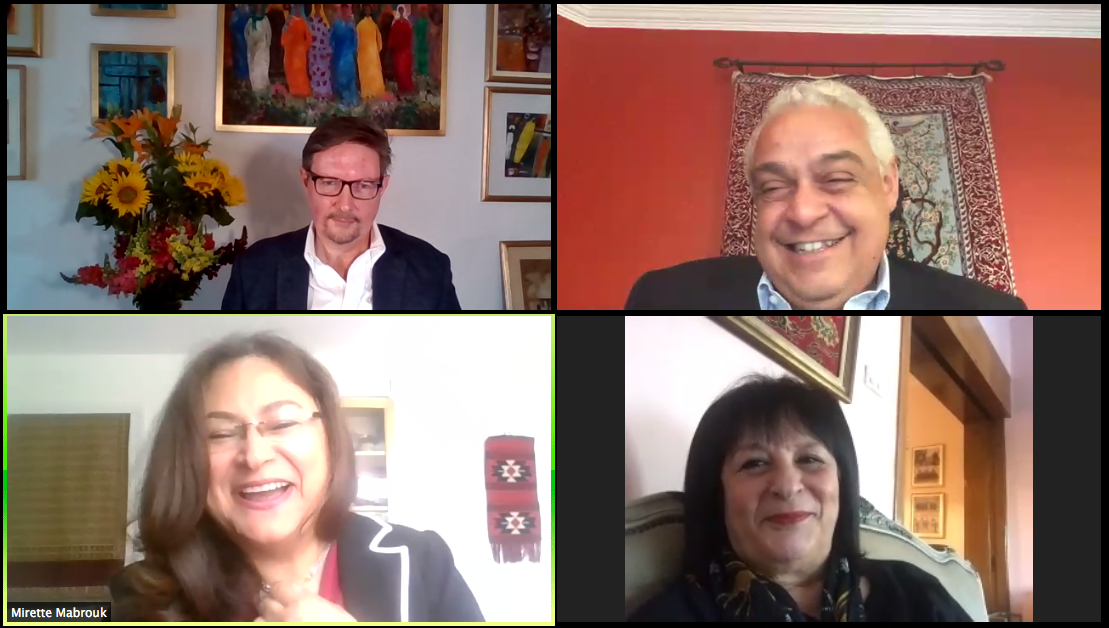 On April 14th, Basilinna's Senior Advisor, Ambassador Yasser Elnaggar, joined a panel hosted by the Washington DC based Middle East Institute, where he serves as a non-resident fellow, that focused on Egypt’s Economy, Citizens, and the Pandemic. There was an excellent exchange, moderated by Mirette F. Mabrouk, Director, Egypt Program, MEI and other panelists Angus Blair, Professor, School of Business, The American University in Cairo and Laila Iskandar, Former Minister for Urban Renewal and Informal Settlements, Egypt.

Ambassador Elnaggar addressed some of the main challenges that the Egyptian economy is currently facing as a result of the COVID-19 crisis, arguing that the government had adopted some proactive and reactive measures that were sound in dealing with some of the repercussions. He also underscored the fact that the current state of uncertainty globally will continue in the coming weeks if not months, and that there is no “one size fits all” approach to dealing with the current situation as it unfolds. Different countries with different economies should adopt homegrown policies that can deal with the various aspects of the crisis. In this regard, Ambassador Elnaggar highlighted the need for creativity in developing such policies and in supporting Egyptian talent and startups especially in the technological sphere, as well as small and medium size enterprises in order to boost employment. Furthermore, he touched on the regional dimension and the impact on Egyptians working in oil rich Gulf countries, anticipating a sharp decline in remittances and increase in layoffs as those countries struggle through the crisis and low oil prices, with objectives of supporting their own nationals. Finally, Ambassador Elnaggar stressed the need to reprioritize public spending in light of the current crisis and to effectively support domestic private sector through the current initiatives of the government and Central Bank.

Ambassador Yasser Elnaggar is a non-resident scholar at the Middle East Institute and the CEO of EN Investment.