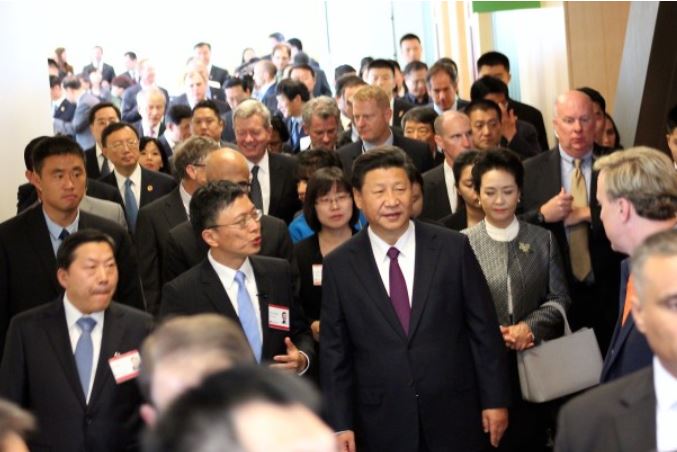 President Xi Jinping is China’s great disruptor. Emboldened by decades of breakneck economic growth and fresh off a consolidation of power, President Xi’s vision for the “new era” is upending domestic and international norms to reshape how business is done in China.

China’s companies are becoming more competitive; its government policies are redefining entire business sectors; and, its massive consumer market is starting to mold industries like entertainment and tourism to suit their unique tastes.

What are the changes a business leader needs to understand to navigate Xi’s new era? Our Auspicious 8 provides an overview of the dynamics to consider as companies look to chart their way through this new course.

1. Prepare for Command Over Consensus

Xi managed to outmaneuver the factions of political power and influence within China’s Politburo Standing Committee (PBSC), the ultimate authority for generations, and his gains have been twofold. First, Xi has stacked the Committee with his loyalists minimizing the pressure to build consensus amongst elite Chinese political factions and minimizing the role of the former leaders (Jiang Zemin and Hu Jintao). In addition, Xi has lifted term limits on the President and Vice President, making those roles more powerful than they have been in the past.

The result is a scenario new to modern Chinese politics: a commander relatively unconstrained by consensus-building. While these changes should concern those who hope for the democratization of China, the lifting of the opaque consensus-building process may mean more clarity and a streamlined decision-making process. However, it may not always be the clarity that business leaders hoped to see. The result is that senior levels of leadership will be more important than ever—and more difficult—to reach. The key takeaway for foreign CEOs is that it is much more important to develop relationships with those who are trusted advisors to the senior leaders.

2. Take Your Message to the Top

An ancient saying from China’s countryside, “If only the emperor knew,” aptly characterizes the new era. Operating in a sprawling bureaucracy the size of China’s, the most effective means of achieving your goals is now finding a way to get the senior leadership to know and care about your issue. This makes things more difficult for foreign business leaders.

Many platforms with senior leadership participation are available to international CEOs to join: the annual Bo’ao Forum, the China Development Forum, the Tsinghua business school board, and the recently launched New Economy Forum being organized by Michael Bloomberg. CEOs might get limited, if any, opportunity to interact with the senior leaders at such events, but have no doubt that the Chinese will take note of a CEO’s participation.

In addition to being seen at international conferences, finding the right envoy to carry your message to the top is more important than ever. For example, carefully engaging the U.S. government (USG) or the media can help. The Chinese government pays attention to the issues raised by the USG, and they carefully read the domestic and international news for what companies are saying about China.

The political consolidation at the top can bring clarity of priorities and interests, but there is a flip-side; with consequences assured, officials would rather stand in place than make a wrong move. The combination of the anti-corruption campaign, the need to secure high-level approval, and bilateral trade tensions will slow the pace of business for international firms in China, particularly those with high-profile or sensitive issues or requirements. Setting your expectations to include the unforeseen slowdowns given the new political atmosphere will result in a more realistic timetable.

Xi is firmly in the driver’s seat, and his vehicle is the Chinese Communist Party. More than in the recent past, the Party is taking the lead on policy direction that influences business, and often can serve as the main interlocutors to business.

While it used to be hard to ascertain who the Party official was in the room, they are now taking front and center positions. The Party Leading Groups, which set policy, are engaging directly with Western companies and working with Western NGOs, albeit on a selective and limited basis.

Businesses should find appropriate ways to engage the Party while being mindful of the political environment that we are in. For example, engaging the Party is more easily done at the provincial and municipal levels by building relationships with rising stars while they are serving their tenure in the provinces. Even the Party schools—training schools for rising officials—are often receptive to working with foreign firms on expertise sharing and incorporating CEOs into their official training programs.

5. Recognize the World Is Watching

China has been able to pressure international companies to conform to its official doctrine on thorny international diplomatic issues. We have seen pressure on airlines to categorize Taiwan, Macau, and Hong Kong as Chinese territories on their website, as well as demands for public apologies from companies like Mercedes Benz for quoting the Dalai Lama on their social media accounts.

When the Chinese government reacts strongly, companies are in a tough position to balance their need to have relationships with the Chinese leadership with the trade tensions and public perceptions of giving in to Chinese demands. Responding to these challenges requires a careful, multi-pronged public relations strategy balancing all of your constituencies.

President Xi has also made the Belt and Road Initiative (BRI)—a trillion dollar infrastructure and deal-making initiative spanning more than 60 countries along the modern Silk Road—his signature foreign policy initiative. Western companies have myriad opportunities to engage in the BRI, given its broad definition: capacity building, becoming part of international tenders, and selling your products all fall under its umbrella. Positioning your business under the BRI can help make your projects a priority and secure funding.

Along with the national policy priorities, companies should consider how to capitalize on the new focus on regionalism. Xi has elevated three regions to the status of a national priority: the Beijing-Tianjin-Hebei region; the Yangtze River Economic Belt (including Shanghai); and the Greater Bay Area with Guangdong, Hong Kong and Macau. This regional approach aims to improve economic efficiency by coordinating and scaling up key initiatives, like environmental protection. At the same time, it places a check on the powers of provincial leaders, incentivizing cooperation over competition.

Foreign companies should be watching for opportunities to position their initiatives, priorities, and businesses regionally, as this could add a layer of political support to any goals you pursue or challenges you may face.

The Chinese government has committed to significant reforms in the past, yet progress on implementing those reforms has fallen short of the commitments.  This year marks the 40th anniversary of “reform and opening up,” former President Deng Xiaoping’s signature policy that opened China to foreign investment. The historic anniversary has been a platform for implementing long-promised reforms.

That historic marker, combined with the pressure of the bilateral trade moves from the Trump Administration, may unlock some long-promised reform, particularly for the financial sector. While the proof will be in the implementation, businesses are wise to position themselves to engage in and push for reforms, while at the same time remaining realistic in their planning timelines.

Auspicious 8: A primer on how the chinese system really works