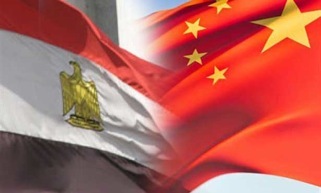 While China has announced it will restrict investments overseas to control capital outflows, it is encouraging investment projects that are linked to President Xi Jinping's One Belt One Road (OBOR) initiative.  Chinese investments in the OBOR countries totaled $33 billion in the first seven months of 2017, already $2 billion higher than all of 2016. While investment is booming along the Belt and Road, overall Chinese overseas investments have decreased dramatically -- down 40 percent to $74 billion in the first half of the year.

OBOR was launched in 2013 as Xi's signature foreign policy program and aims to further link Asia, Africa, the Middle East, and Europe through the creation of a modern Silk Road. The intention is to promote economic cooperation and connection between the regions. The two paths, the Belt (land) and Road (sea), converge in the Middle East, positioning countries such as Egypt to take advantage of China's new economic priorities for going global.

In recent months, the Chinese government has been cracking down on overseas investment that is not viewed as "central" to a company's business or is in sectors viewed as politically sensitive. High profile Chinese investors such as Fosun, Anbang and Hainan Airlines, who were building global tourism and hotel empires, have been singled out, even as private companies. These restrictions are part of China's efforts to stem capital outflows, as well as to mitigate concerns about the political backlash that some investments have received in overseas markets. Several foreign countries, including the United States and Australia, are strengthening the review of Chinese investment in strategic sectors and placing further limitations on it.

So while Chinese investment to the United States and Europe is slowing, the one loophole in this crackdown is for projects considered to be part of OBOR.  China has already committed $98 billion in investments to this effort, primarily in infrastructure financing, since its inception in 2014. For example, in the past year, China has taken on an infrastructure project in Egypt aimed at helping to rebuild Cairo, a mining project in Pakistan to combat their energy shortages, and undertook the biggest infrastructure project in fifty years in Kenya, where they helped build a $4 billion railway.

How can this impact Egypt?

This continued focus on OBOR and its success is a bright spot for countries along the Belt and Road who are seeking just what China has to give: infrastructure development. For a country like Egypt, for example, with a focus on revitalizing the economy after two political revolutions, OBOR investment is much needed. President Sisi has announced the building of a new Cairo to help reduce traffic congestion and pollution, but also to provide jobs and opportunities. China is the world's largest builder and a fast one at that. Already, China State Construction and China Fortune, two of the country's largest infrastructure firms, have won major contracts, with pledged investment up to $50 billion, to construct large residential areas and central business districts.

Egypt has smartly adjusted its own domestic economic goals to align with OBOR priorities, which will help attract additional Chinese investment. In fact, the Chinese government has designated Egypt as a top five OBOR target for M&A activity, and Chinese companies have reacted accordingly. For example, in 2016 China Jushi announced that they planned to invest $38 million to build a production base auxiliary project at Egypt. Projects such as this have aided in growing Foreign Direct Investment (FDI) in Egypt, which, according to Egypt's Minister of Investment, has risen nearly by $2 billion in 2017 alone.

What does this mean for Egypt? As a uniquely positioned hub for the rapidly growing OBOR, Egypt stands to be one of the leading beneficiaries of these new modern trade routes. Adapting their own domestic strategy, including the passage of their new investment law and strengthening ties with China, could ensure that Egypt is the first, and last, stop for much Chinese investment along the Silk Road.