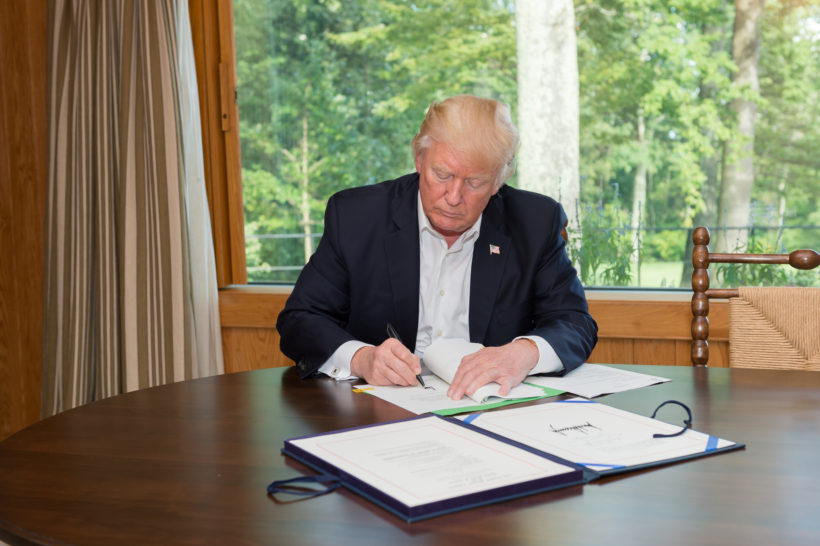 This article is cross-published from Fortune. Read the original article here.

Most Americans, regardless of political party, will tell you that they hope President Trump will succeed. The president’s triumphs are America’s triumphs; his defeats belong to all of us. With that in mind, the manner by which Trump’s executive order on immigration was introduced and coordinated last week should concern Americans of all political persuasions, whether they support the intent of the order or not.

If you asked a Trump voter why they supported their candidate during the 2016 election, you were likely to hear ‘he’s a businessman, not a politician. He’ll run the country like a business.' Very few CEOs run successful businesses without building a core team of advisers with broad, diverse backgrounds and perspectives. The creative tension of bringing smart people together with divergent views can be a powerful incubator for good ideas. Whatever you think of the policies Trump’s executive order set in place, the lack of coordination and nuance in the announcement and execution of it suggests that thus far, the president is not listening to the right people or enough of them.

Seeking out the advice of those who disagree with you is profoundly challenging for leaders in politics and business. President Lincoln famously assembled his “team of rivals” by persuading each of his former opponents for the 1860 Republican nomination to join his cabinet (unlike today’s presidential primaries, in which the major candidates within a party almost always see eye to eye on the major issues, Lincoln’s Republican foes held quite divergent views). Since then, presidents have often appointed at least one cabinet member from the opposite party. Would You Notice How Your Colleague Dresses If She Were a Man?

Trump, who swore his Oath of Office on Lincoln’s bible, understands the importance of listening to different viewpoints. In his book, Trump 101, he writes that leaders should “Trust their feelings but also listen to reason. Stay open to new ways and ideas so that you and your instincts will continue to grow…it pays to listen and be willing to change.”

For Trump to be as successful a president as he was as a CEO, he needs to broaden his circle – and fast. His Strategic and Policy Forum, an advisory group announced during the transition, is a tremendous opportunity to do just this. Comprised of the chief executives of 19 major U.S. companies, the group was explicitly created to “provide direct input to the President…in a frank, non-bureaucratic and non-partisan manner.”

In principle, this sounds exactly right. In practice, presidential advisory meetings have a tendency to end up as photo ops more than substantive discussions. Even for global CEOs, telling the president to his face that you disagree with him is exceedingly rare and difficult.

Much of the coverage around the first Strategic and Policy Forum has been focused on whether its members will stand up to him. There has been particular pressure on Uber’s Travis Kalanick, who found himself engulfed in controversy over his words underscoring that he would absolutely take his concerns directly to the president following the executive order. The media has also focused on Toby Cosgrove, CEO of the Cleveland Clinic, after one of the Clinic’s doctors, a Sudanese passport holder, was rejected re-entry into the United States and forced to return to Saudi Arabia.

This is a moment for CEO Statesmanship. Respectfully and constructively sharing your opinion with the nation’s leader is a show of great strength. Any calls for CEOs to boycott or resign from the Forum are only pushing our divided politics further apart.

But the focus should also be on Trump himself. When the Forum meets, the President should close the room to reporters and staff and invite each participant to frankly express their views. Trump can breathe meaning into his words that “it pays to listen and be willing to change.” This doesn’t mean the President should abandon his own beliefs, but it could mean that going forward, those beliefs will be informed, nuanced, and strengthened by a broader understanding of what others think.

At the end of the day, for a country or a company, it is up to one person to be “the decider,” as President George W. Bush so eloquently put it. Trump’s decisions in the Oval Office must be guided by his own compass, just as Lincoln’s were by his. But listening to divergent views – not just as a passing photo op, but with a genuine desire to learn and grow -- is an essential and necessary method of calibrating one’s own leadership and direction. Certitude and humility may seem like contradictory concepts, but balancing the two is one of the most important skills a leader must master. President Trump has a window of opportunity and an obligation to do so.