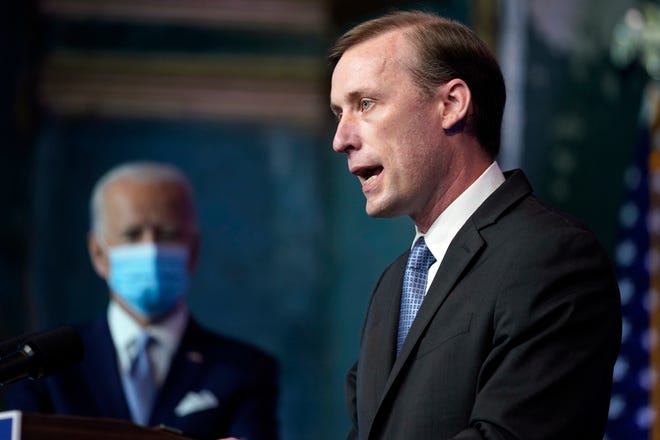 You never call…. You never write ….
Less than two weeks into their term, the Biden Administration is off to a deliberative start on China. Presidents Joe Biden and Xi Jinping have not yet spoken, although President Xi has delivered his official congratulations on the election. Reuters reported – and we have heard from trade associations – that Vice Premier Yang Jiechi has offered to come to Washington, DC for consultations immediately, an overture not yet accepted by the Biden team. The Chinese Ministry of Foreign Affairs would not confirm this offer, however.

‍
Team Biden commits to remaining tough on China …
The Biden team has put all China policy “under review,” including the Phase One trade deal. China strategy is reportedly being hashed out internally, and they are reportedly close to having something to share. Many in the Administration have been involved in China policy in previous administrations, so they have strongly held views and deep experience.

What is clear so far is that the Cabinet is unified in their view that China is the biggest geopolitical priority, and, as anticipated, they will continue with a tough stance. In each and every Senate hearing, the Cabinet nominees reaffirmed their commitment to maintaining a firm approach towards China. That said, much was made of Commerce Secretary nominee Gina Raimundo’s refusal to commit to keeping Huawei on the Entity List; however, it is too soon to take that as an indication of an easing up on the company.
‍
… while bolstering our competitiveness
Many of the comments regarding China coming out of the Administration to date have been focused on rebuilding American competitiveness, particularly in the tech sector, in order to take on China. There is bipartisan consensus on this. In fact, the House and Senate Republicans called for additional funding for the technologies of the future, such as AI and quantum computing, in their respective China strategies issued in the last Congress.

Trying to draw a contrast with the previous Administration, the Biden team has been talking about a trade policy that prioritizes the working class over the financial services sector as they claim that the Trump team did in their trade agreement. The focus on opening the financial services sector in the Phase One agreement was driven by what the Chinese side was offering; in fact, Chinese officials were moving ahead with the financial sector opening anyway. China’s financial sector is worth about $45 trillion, and U.S. firms account for less than 5% of the market currently. This is a big opportunity for U.S. firms. Nonetheless, the working class is an essential political focus for Democrats looking to rebuild their standing with the working class – a demographic Trump had captured, and Republicans hope to hold. Thus, ensuring that trade benefits the whole of society is a priority for both parties. Expect to see this as a continuing theme in any trade negotiations with China.
‍
Jake Sullivan on China
Last week, the U.S. Institute for Peace and The Atlantic Council, among others, co-hosted a discussion among U.S. National Security Advisors entitled “Passing the Baton.” Newly appointed National Security Advisor Jake Sullivan and outgoing Advisor Robert O’Brien were interviewed by Condoleeza Rice about geopolitical priorities and the top risks. There was a significant playing up of the continuity between Trump and Biden foreign policy, and both were complimentary about the transition process. Of course, China was a major feature of the discussion.

Notably, Jake Sullivan outlined “four steps” in their China policy review, which gives a good summary of where consensus on China policy seems to be landing:

‍
Looking ahead – key dates
While the Biden team deliberates their approach to China, there are several dates coming up based on Trump Executive Orders and other policy pronouncements that will force their hand. Already, the Administration has pushed back the deadline for the Executive Order requiring U.S. divestment from Chinese firms linked to the military, including China Mobile, China Telecom, and China Unicom. The following are a few others to keep in mind:

February 20: Deadline in the Executive Order to examine and define the type of transactions to be banned on Chinese payment systems, including AliPay and WeChat Pay.

March 19: Around this time, the ICTS Interim Final Rule issued by the Commerce Department will need to be finalized. It is scheduled to go into effect 60 days from publication, which was on January 19, 2021. Before issuing the final rule, Commerce will consider and respond to additional comments received. Finally, within 120 days, there is a requirement to lay out the licensing process. There was general concern among the business community that the Interim Rule was too broad, and there is still time to weigh in before finalized.

Late May: Hong Kong policy review on the state of democracy should be submitted to Congress. Hong Kong’s special trade status was revoked last July.

And also, keep in mind that the Phase One trade deal expires on December 31, 2021. No doubt trade policy will be dealt with well before that time, however.