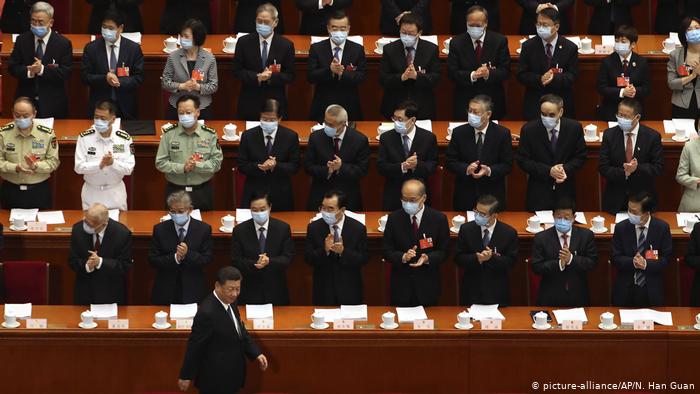 China's National People's Congress (NPC) annual meeting wrapped up in late May. While the news on the controversial Hong Kong national security law dominated the international headlines, China outlined its post-COVID economic recovery including some major economic reforms, such as the new supply-side reforms to land, labor, and data.

There was also a focus on new infrastructure and key strategic projects. During the NPC, the government unveiled its Two New + One Key initiative aimed at promoting economic growth. Experts estimate that this program could generate up to $2 trillion in investment over the next five years.

Chinese policy is full of numbered initiatives from the newly launched Six Stabilities and Six Ensures as President Xi Jinping’s commitments to the Three Represents of former President Jiang Zemin. Despite this fixation, one of the areas that they declined to use a number – for the first time – is in setting a target for GDP growth. Instead, China shifted to a focus on job creation and support to small businesses. The new focus is reflected in one of its latest initiatives, the “Two New + One Key” program.

For this latest initiative:

One Key is an umbrella term referring to the 165 priority strategic projects that fall under the 13thFive Year Plan (2016-2020) which are to be implemented this year. These projects include major regional initiatives, such as the build-out of the Xiongan new district outside of Beijing that will house the administrative functions of the central government, and additional funding of 100 billion RMB (US $14 billion) on national railway construction to connect city clusters, including the Sichuan-Tibet Railway and the Shanghai-Suzhou-Huzhou Railway.

China is using the economic recovery from the coronavirus to build for the future. New infrastructure development is a main feature of China’s post-COVID economic recovery plans and was a major theme of Premier Li Keqiang’s annual Work Report. The intention is to create the digital platform through large scale deployment of 5G to facilitate the use of artificial intelligence, smart cities and cars, IoT, and so much more. And to use this to develop world-class industries that can compete globally.

These plans are not new. “New infrastructure” was first raised during the annual Central Economic Work Conference in December 2018 in the context of using 5G, AI, and other new technologies to upgrade and transform the traditional industry. It also has elements of the Made in China 2025 plan – China’s stated industrial plan to developing leading companies in ten key emerging technology sectors. By channeling money into these new infrastructure investments, China is seeking to avoid some of the wasteful investment that came out of the stimulus – especially by local governments – after the financial crisis in 2008 and channel it into more productive means.

While this action is understandable from China's perspective, it remains to be seen how it will play out. Some experts have claimed that this effort is a repackaging of the controversial Made in China 2025 program to support global leadership in ten key sectors. This program sparked a strong reaction from Washington, DC. More likely, this effort is aimed at building technological independence from U.S. suppliers, who have been banned from providing technology to leading Chinese firms such as Huawei. This intended investment, especially in emerging technologies, which is a main driver of the bilateral tensions and does place China in the position of a tech "hot" war with the United States, and is another move toward lowering the economic iron curtain.