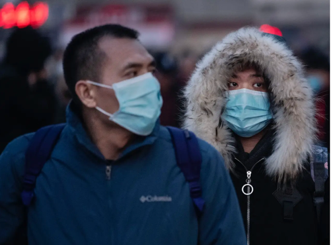 • The coronavirus’ rapid spread is hitting the Chinese – and global – economy during the Lunar New Year celebrations, a major driver of consumer growth. China has acted swiftly to curb domestic and international travel, cancel holiday celebrations, and extend the Lunar festival holidays.

• Current official estimates are 81 deaths and 3,000 infected, but some sources report up to 44,000 infected. Suspicion of false numbers from the government and the challenge of controlling the virus are driving the fears.

• China’s economy is going to take a hit – the toll is yet unknown – but it will exacerbate the already slowing growth. China’s slowdown, in turn, will hamper global economic growth.

• President Xi is taking drastic action – and this will be a true test of his leadership.

The latest on the Wuhan virus crackdown

Having significant lessons learned from dealing with the SARS outbreak in 2003, the Chinese government is acting decisively, if not always transparently, on the efforts to contain the coronavirus that originated in Wuhan. With the current death toll officially at 81 and about 3,000 people infected, Wuhan and neighboring cities have been effectively shut down. Reaction to this virus and its spread will be a significant test for President Xi Jinping and his team.

This comes at the height of China’s Lunar New Year holiday, which accounts for a significant percentage of tourism and consumer demand in China’s economy. Yesterday, the Chinese government announced that travel for the first day of the holiday was down 28.8 percent over last year. China has extended the official New Year holiday until February 2 (originally scheduled to end on January 30), although, in Shanghai, it will end on February 9. Schools are closed, in some places indefinitely, and strict limits have been placed on domestic travel even outside of the restricted areas around Wuhan.

What are the business implications?

While there is no good time for a virus like this, it could not have hit China at a worse moment. Heightening during the equivalent of Christmas in the Western world, it is estimated that the Chinese will make about three billion trips by tens of millions of travelers from January 10 to February 18. Around seven million people were predicted to travel abroad.

Yet the impact of the virus has resulted in significant trip cancelations, particularly of overseas travels, which is having an economic impact on popular tourist destinations such as Thailand, Japan, France, and the United Kingdom. These countries have become reliant on Chinese visitors for tourism.

Disneyland in Hong Kong and Shanghai along with the Forbidden City in Beijing have been shut down. All major public gatherings and festivities for the New Year were canceled and release dates for seven new movies were pushed back.

Hong Kong, already reeling from the extended protests, will see a further economic slowdown, especially in the retail sector, if the virus spread persists. The local government has already cracked down on travel to and from mainland China. Again for Xi, it comes at a time when his government is promoting integration between Guangdong, Hong Kong, and Macao.

Major conferences and events are being postponed through February and likely further out. It would not be a surprise if the China Development Forum (CDF) scheduled for mid-March was postponed. The CDF is China's most well-attended CEO-level conference each year, and it will be an international embarrassment if delayed. The Boao Forum would be the next big event – scheduled for March.

International firms face tough internal policy choices ranging from withdrawing staff from the region, restricting business travel and promoting work from home arrangements. To date, there has not been significant action beyond restricting travel to Hubei but as the numbers increase, expect to see firms severely limited travel in both directions – to and from China.

Already, some firms, like automakers, including Nissan, PSA and Renault, announced they are pulling staff from affected regions. Others, like Credit Suisse, have instructed employees in Hong Kong who have traveled to the mainland within the past two weeks to stay home for the next two weeks and are requiring a doctor’s certification before returning to the office if they were experiencing symptoms. But most firms have already issued recommendations to restrict business travel to China and are promoting video conferencing versus in-person meetings.

In fact, there is so much false information circulating on social media now that some companies have opted to build internal websites where employees can access the official protocols and latest reliable information from major news channels.

Xi is being tested on a number of fronts. First, he must build trust with the people of China and globally that the government is providing accurate information and handling things to the best of their abilities. In Wuhan, it is all but sure that the Wuhan mayor will be punished for his government’s failure to alert central authorities in a timely manner. This withholding of information highlights the ongoing systemic challenges President Xi Jinping has with local officials who cover up controversy to avoid punishment, and who are still spooked from the massive corruption campaign that has netted more than one million Party cadre.

Second, additional downward pressure on the economy will make it harder for Xi to meet his top three goals of poverty alleviation, handling climate change, and curbing financial risk. In the case of climate change, for example, carbon emissions have been rising again as a result of the economic slowdown. It is difficult to shut down a polluting factory when there are no additional job opportunities for the workers. Pollution has been the number one cause of protests in recent years so any backsliding could have important social implications.

Third, it could complicate U.S.-China relations, as well as those with other countries. There is already speculation on how the economic effect of the virus could impact the phase one trade deal. Some analysts predict that the heavy hit on tourism could make it hard for China to meet the $200 billion commitment in goods and services given the major drop in tourism.

President Trump today tweeted that the U.S. and China are in close contact on the virus as its spread is moving the U.S. markets as well. The U.S. is considering expanding screenings for those entering the U.S. from China.

Fears of significant unrest and upheaval could be realized if the quarantines extend for longer periods of time, which will be exacerbated by the economic hardship. After visiting Wuhan last week, Gauden Galea of the World Health Organization said: “To my knowledge, trying to contain a city of 11 million people is new to science. It has not been tried before as a public health measure, so we cannot at this stage say it will or will not work.” Almost 60 million people are prevented from travel, but the Wuhan mayor estimates that five million have already left.

This is clearly a very tenuous situation for President Xi as he attempts to bring the virus under control. Dating back to the days of the emperor, the Chinese people have been superstitious about natural disasters implying that the Emperor has lost the Mandate of Heaven. China was struck by a devastating earthquake before Mao Zedong died, for example. It is not an auspicious start to the Year of the Rat. We have to wish that Xi’s efforts will be supported by the international community and health organizations and that these efforts curb the spread of this quick-moving virus. Otherwise, the consequences could be significant.