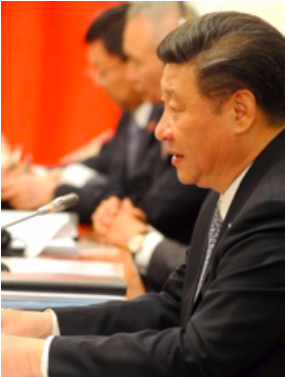 The Chinese government has announced that the Financial Work Conference (FWC) will take place on July 14-15. Originally planned to convene last summer, it was postponed due to divisions over some of the key issues, including the creation of a super-regulator to help ensure consistent oversight between the three main financial regulators (the China Banking Regulation Commission (CBRC), the China Securities Regulatory Commission (CSRC), and the China Insurance Regulatory Commission (CIRC)). It was commonly believed that the FWC would not take place until close to the date of the 19th Party Plenum, but early convening indicates that a general consensus has been reached on the core issues at the senior leadership level, although it is not likely that any implementation of the outcomes will occur until after the Plenum takes place later this fall.

What's on the Agenda

The stock market crisis in the summer of 2015 as well as recent investigations into the insurance industry – including the detention of Xiang Junbo, the insurance regulator – have illustrated the large gaps in regulatory coverage and enforcement of the financial sector. How to achieve better coordination as well as ensure consistent enforcement has been the subject of much debate within the Chinese system. Although all agree consistency is necessary, the question has been how best to achieve it. In the interim period before final decisions have been made, the Central Office of the Leading Group of Financial and Economic Affairs, led by Chairman Liu He, has taken on more responsibility in coordinating among the three regulators and the People’s Bank.

According to reports coming out of China, it appears that consensus has been reached on the creation of a new coordination body that will be housed in the People’s Bank. It will be chaired, however, by a Vice Premier or State Councilor-level official to both demonstrate the seriousness of the issue but also to have the authority to coordinate among the Ministerial level officials. The Governor of the People’s Bank of China will be tasked with the day-to-day operations of the office.

Other important topics on the agenda include discussions about how and when to further open to foreign financial institutions, especially as negotiations over China’s bilateral investment treaty with the United States have come to a halt.

Another pressing issue on the agenda is how to achieve consistent policy implementation among the central and provincial regulators. Local officials have significant power over the implementation of policies and guidance stemming from Beijing, often resulting in inconsistent or even conflicting policies being implemented. President Xi, as we have written previously, has been sending out “policy enforcement teams” to start to report back on local officials who are at odds with Beijing – but this is only a short time solution. Systemic change is required in order to create the governance infrastructure to ensure policy consistency.

The announcement that the FWC will occur well before the 19th Party Plenum serves as yet another confirmation that Xi is both consolidating his power – but also has reached – or is reaching – consensus on major policy issues. The hold up in scheduling this major event over the past year has been the lack of general consensus on the issues. President Xi must believe that he is well positioned going into this conference – no doubt ably managed by Liu He – to achieve the results that he hopes for in further reforming and opening the financial sector.

It is a dangerous science in China to make predictions about personnel changes, but we are going to jump in anyway. The early date for the Financial Work Conference with the announcement on the new office in the PBOC is a strong indicator that Governor Zhou Xiaochuan will be replaced sooner rather than later. Capital’s markets are also calm, which helps. Leading candidates for the Governor include Guo Shuqing, current Chairman of the CBRC and Hubei Party Secretary Jiang Chaoliang.