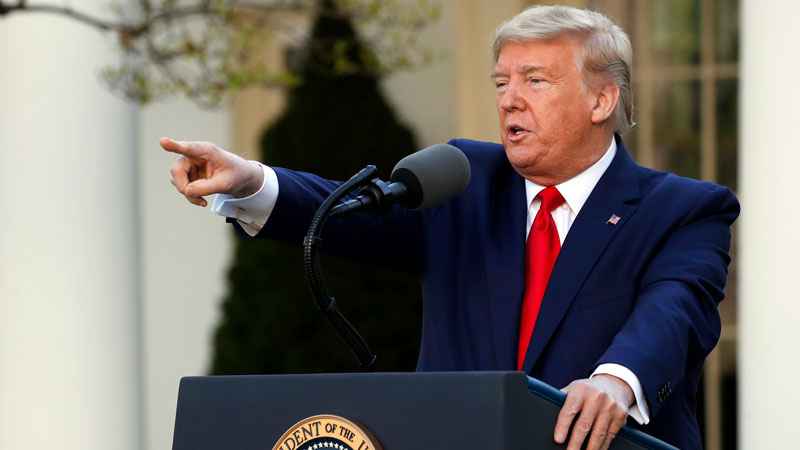 Quick Take: New Low in China Rhetoric - and What it Could Mean for Businesses

Words like “blackmail” and “liars” have been thrown around by Chinese and U.S. officials over the past couple of weeks as the bilateral relationship deteriorates to its worst level in decades. To be sure, the relationship had already been in a downward spiral since the launch of the trade war in 2018. There have been concerns about creeping McCarthyism (a phrase borrowed from the excellent Sinica podcast) in the U.S. as the President ratcheted up the rhetoric against China; and in China, heightened nationalism has resulted in backlashes against foreign firms such as the National Basketball League, Versace, Marriott hotels and others last year. But, the pandemic has exponentially exacerbated these trends bringing the rhetoric to a new low.

Why are we hitting a rhetorical low?

‍
While we are in the midst of the pandemic storm, there have been efforts in the U.S. and around the world to figure out if or how to hold China accountable for the health and economic impact of the virus; and, China is trying to push back on the narrative that they are accountable while pursuing a confusing mix of caustic rhetoric and mask diplomacy.

These efforts were moved forward in the U.S. this week. During Monday’s press briefing in the Rose Garden, President Trump answered a Breitbart reporter’s questions by saying that, “We are not happy with China.” He confirmed this week that the U.S. is conducting “serious investigations” and exploring a number of ways to hold China accountable. He said that the virus could have been “stopped at the source”. The President has directed the intelligence agencies to conduct an in-depth investigation into the outbreak, but yesterday told reporters that he has seen credible evidence of the virus outbreak originating from the Wuhan Institute of Virology, where there were some reports that the lab had an accident in handling a complex research project on bat coronaviruses. Intelligence agencies stated that the virus was not man-made.

Yesterday on NBC news, Executive Vice Foreign Minister, Le Yucheng, lobbed back at the U.S. calling these claims an “out and out political farce” and likened the calls for reparations to “blackmail.” He said there is no “international law that supports blaming a country for simply being the first to report a disease.” He raised questions about why the U.S. did not act on the information they had about the pandemic for more than 50 days. China is very much touting the fact that they have successfully contained the virus with minimal loss of life.

On the Hill, Senator Tom Cotton (R-AR) has been leading the charge grabbing headlines with tough proposals on China, a mantle previously held by Senator Marco Rubio (R-FL). The Senator has been calling law changes so that Americans can sue the Chinese government and for holding the WHO accountable for covering for China. One suggestion this week though, hit a new level when he called for taking a “hard look” at the visas issued to Chinese students particularly in the science and tech fields. “If Chinese students want to come here and study Shakespeare and the Federalist Papers, that’s what they need to learn from America. They don’t need to learn quantum computing and artificial intelligence from America.”

The rhetoric is especially salty because China will be a key campaign issue as each party positions themselves as tough on China. For the election season, Senate Republicans plan to position China as the enemy. This week a messaging memo prepared for Senate Republicans on how to answer pandemic-related questions was leaked to the press. The suggested talking points focus on placing all blame for the pandemic to China, and some points teeter on war footing:

House Republicans will reportedly adopt a similar strategy. While Democrats are not as focused on blaming China or the WHO for the crisis – they blame the President; there does seem to be bipartisan consensus on the desire to fix some supply chain issues, namely bringing back manufacturing of essential products like personal protective equipment, ventilators, and pharmaceuticals.

A battle over who is tougher on China will also be central to the Presidential election. Bloomberg reported this week that China has few friends left in Washington, highlighting the shift in tone from the presumptive Democratic presidential nominee, Joe Biden. At a February campaign event, Biden’s pragmatic rhetoric shifted to sharp words about President Xi: “This is a guy who doesn’t have a democratic-with-a-small-‘d’ bone in his body. This is a guy who is a thug.” And Biden has bragged in the past that he has spent more time with President Xi (from their days together as Vice President) than any other U.S. official.

The vitriol is having an impact on American voters. Pew polling shows unfavorable views of China among Americans at an all-time high. And, there are concerning reports of racism directed at Chinese-Americans.

Ire in Europe and Australia‍

The European Union took the unusual move of producing a report detailing China’s global disinformation campaign. Yet, on Tuesday, the New York Times reported that they “softened” their report to avoid a Chinese backlash. Still, there is talk about diversifying supply chains, and that the British are reconsidering using Huawei in parts of their 5G infrastructure build-out. German tabloid, Bild, actually published an invoice to the Chinese government for $160 billion for losses related to the virus in that country.

In France, the Chinese Ambassador was called into the foreign ministry after a Chinese diplomat in Paris posted an article on the Embassy website with his observations about coronavirus in France, accusing nursing home workers of “leaving their residents to die of hunger and disease".

In Australia, where the virus has been almost eradicated, politicians have been calling for an independent investigation into the origins of the coronavirus. The Chinese Ambassador responded talking about a potential consumer boycott of Australian wine, beef, tourism, or universities. This was seen as economic coercion in Australia, and after the Australian foreign ministry called the embassy to complain, the Embassy posted a transcript of the call on their website – a major breach of protocol. Chinese state media referred to Australia as the “gum stuck to the bottom of China’s shoe”.

It remains to be seen whether this narrative continues given China’s continuing economic might. They are well ahead of all other major economies in getting “back to work” and still have the capability to help struggling countries with financial support or through providing greater access to their large consumer market.

China significantly ramped up its attack and defense modes. The spokesperson from the Central Committee of the Communist Party’s public information bureau issued a series of tweets that picked up on President Trump’s off-the-cuff remarks about “injecting disinfectant” as a means to fight the virus. On April 26, Hu Zhaoming tweeted: "Mr. President is right. #Disinfectant is an effective way to kill the virus, and less controversial than wearing a mask. By  the way, China is the world's largest exporter of disinfectant. If there's a shortage in the U.S., feel free to import some from China".

Until now, the attacks have been led by the Ministry of Foreign Affairs spokesperson, who tweeted about the virus potentially being introduced in China by the U.S. military. This week, the spokesperson responded to the reports of White House trade advisor Peter Navarro repeating his criticism of China holding back medical equipment by calling him a “consistent liar with no credibility.”

The Chinese Ambassador to the U.S. commented on the overall tenor on China in the U.S, dubbing the trend as the “Anything But China” -- or “ABC mindset.

While nationalist sentiment is running high in China, some in China are sarcastically referring to the foreign ministry as the “Ministry of Magic” – a Harry Potter reference – for their rough handling of the bilateral messaging.

What Does All This Mean?