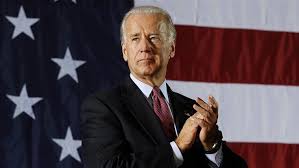 Quick Take: President-Elect Biden – A Change in Form over Substance on China

As president-elect Joe Biden looks to take office, there are a few things we can say about what his Presidency could mean for China, but one thing is likely: the policy contours will take time to emerge. Mr. Biden will be focused immediately on the twin domestic crises of the resurging COVID virus and the economic slowdown. And, given Biden’s few comments on China over the course of the election and historic contradictory voting record, the selection of Cabinet members will be an important initial indication of his policy direction. As always after a Presidential win, the jockeying for positions in government is already in full swing and rumors are flying about who will fill the various seats.

There will be many constraints on Mr. Biden’s China policy

Based on an analysis of Joe Biden’s voting record over decades in the Senate, he is a “walking contradiction on China”. It is unlikely that Biden would be able to walk away from the course President Trump has set, especially early on in Mr. Biden’s term. Public opinion on China is low, Congress has piled up the China-related legislation, and the Senate Republicans are likely to call for investigations into Hunter Biden and his business dealings in China, assuming they retain control of the Senate. These factors will make it tough to roll back measures like tariffs and sanctions in the near term, especially without any concessions from China.

The new President will also need to focus on his domestic agenda initially. Heading into winter, the COVID virus rates are climbing, states are re imposing lockdowns and restricting travel, and re-energizing the economy and getting people back to work will have to be a priority. Also, given Biden’s past reputation as a globalist, he is likely to focus initially on rebuilding ties with our traditional allies.

Further, there is a growing bipartisan consensus that President Trump identified many of the right irritants in the U.S.-China relationship: intellectual property theft, unbalanced trade relationship, unlevel playing field, cybersecurity, lack of reciprocity, etc. Yet the remedies proved ineffective at producing the intended results. The trade deficit grew, tariffs have been reduced by China for the rest of the world except the U.S., China has not addressed human rights issues in response to U.S. pressure, foreign investment in China has grown, and supply chains are not returning to the U.S. – only diversifying.

So what could change?

For Mr. Biden’s approach to China, we see a change in form versus substance:

China and the Congressional lame-duck session

In Congress, there are about 473 pieces of China-related legislation have been introduced by Republicans and Democrats. It is unlikely that anything significant will pass related to China in the lame-duck session, with the exception of a bill that prohibits forced labor from Xinjiang, and the National Defense Authorization Act (NDAA), which could pass in December.

China-related provisions in the FY2021 NDAA, include targeting supply chains (telecoms, rare earth, and pharmaceuticals),intellectual property, and countering China’s geopolitical influence. The delisting provisions could also be in the NDAA requiring Chinese firms to comply with U.S. accounting rules or to delist from U.S. stock exchanges.

At the White House

For President Trump, he has already blamed pollsters and the media for his loss, but will also target China and their failure to contain COVID. There is speculation around what actions the President – but more likely his team – could take to punish China before he leaves office. There are rumors about several Executive Orders being issued, which will be hard for a new President to overturn upon taking office. Other actions could include:

There are certainly people within the Trump Administration that would like to irrevocably damage the bilateral relationship. Trump, however, has actually been more moderate in his tone and actions and has not been the main driver of the aggressive stance. The lame-duck sessions will be a time of great uncertainty and companies should prepare for a bumpy ride.

How is the Chinese media reacting?

So far, China has been relatively muted on the elections during the counting and now that the projected results are known. The regular language about the elections being “an internal matter” has been employed and now the tone is about hoping for stronger Sino-U.S. ties.

The more aggressive parts of China’s media, led by the China Global Times, played up the protests about the ballot counting and unrest as the U.S. being “in disarray.” They asserted that the election is like a “rollercoaster” because Trump was up in the vote count early in the night. The Editor-in-Chief Hu Xijin said on Weibo that the elections are heading to the courts and “If the disputes cannot be solved by law, it can only be done on the street.”

Many in China thought that Mr. Trump would win, but are under the impression that Mr. Biden will be less bombastic and more open to returning to a construct that more closely resembles how things were four years ago. Most of our Chinese colleagues and friends are surprised to learn that Mr. Biden is unlikely to reverse much of the China policy that the Trump Administration has put into place.

What could a Biden Administration mean for U.S. and Chinese companies?

For Chinese firms, the environment will remain a tough one to navigate but should be more predictable. Chinese companies will remain under tight scrutiny and face a tough environment for all aspects of doing business in the U.S. – from M&A to sales and supply chains. Yet the Biden Administration is likely to rely less on surprise Executive Orders, which were not well-drafted, targeting companies (like the ones for TikTok and WeChat),and to focus on tightening the processes and regulatory environment.

For these reasons, this is the time for Chinese firms to invest in understanding which direction the U.S. policy environment will head, particularly tech firms, as there will be regulatory change. Further, the days of “keeping their heads down” are over; scrutiny is too high. It will be important to build allies, set up crisis management and mitigation plans, and proactively shape their profiles.

For U.S. firms, the fears of saying something that could be construed as positive about China and thus violating Foreign Agent Registration Act (FARA) regulations – as Attorney General Bill Barr threatened – are likely gone. Biden will be under pressure to spark the economy so there is an opportunity to argue the positive impact for the U.S. in building global businesses and maintaining supply chains overseas. With a less arbitrary policy environment in the U.S., American firms can begin to rebuild their reputations as reliable suppliers in China. But they will need to keep in mind that China too is going through fundamental change. The Chinese government has laid out the economic trajectory for the next five years which focuses on boosting domestic demand but also on attracting and retaining foreign investment. They too are under pressure to reignite their economy.

While we will not be returning to business as usual under Mr. Biden, we will be moving into a new era that will offer an opportunity for firms in both markets as governments look for ways to rebuild their economies. Taking advantage of this new course will require much more political navigation in both markets, but there are certainly new opportunities as the world’s two economies get back on track.