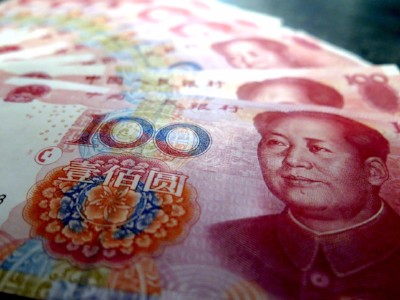 Xi consolidates – and moves forward with opening up

In another clear sign that President Xi is entering the 19th Plenum in a strong position, China has announced plans to open a number of previously restricted sectors – including financial services – to foreign firms. Important policy decisions continue to be made and announced. As early as July, we had indications that this was coming based on reports of a Leading Group meeting chaired by President Xi. Yet the announcement this week still is a surprise. The details are not yet fully clear, but China is moving to open the financial services sector more broadly to foreign firms.

There are several reasons for this action.  One, of course, is that this issue has been on the table of U.S. negotiators with China for a number of years, and was raised during the CED. But it is not just the U.S. pressure that is moving China. It is clearly in their interest if they are going to grow the economy, maintain stable capital markets, and rebuild credibility in their ability to handle financial regulatory oversight to ensure that capital flight slows.

There may be some political motivation as well. Oversight of the financial sector has long been a battleground issue for the “reformers” and the “planners” – to generalize. Under Wang Qishan’s oversight as Vice Premier, plans were developed to open the capital markets much further to foreign firms, but the financial crisis forced China to put those plans on hold. When Vice Premier Ma Kai took over the portfolio, there was a stronger emphasis on planning, which is his background, with limited plans for market opening. The ham handed handling of the stock market volatility was a direct result of bad government policy and government interference rather than allowing the markets to correct themselves.

Also, it is worth noting that many of the leaders’ children, and grandchildren, have worked for foreign financial institutions and now are active in the capital markets. Allowing for greater competition places more pressure on their activities as well.

It is interesting that Xi is taking this step in the lead up to the Plenum, when most China watchers declare that a moratorium is placed on any major policy decision.

What does this mean?

China is moving slowly but steadily to build world-class capital markets. Over the past nine months, we have seen steady and important steps to increase foreign participation in the markets. The Shenzhen/Hong Kong Stock Connect was launched to increase foreign participation and trading in the Shenzhen exchange.  Fidelity International became the first global asset manager to receive a Chinese license for a private fund in January. And Bridgewater was given permission to trade directly in the lucrative local financial markets – and is now intending to raise one of the largest funds focused on China. These steps are significant as these pilot projects foreshadow further opening in these sectors.

It is good news for American financial services firms looking to enter or expand their businesses in China. This is the time for a full court press, especially with the upcoming visit by President Trump in November.

Also, President Xi has been placing people in whom he has confidence in key economic positions, and, fortunately, they are also people well qualified for their roles. Cleary, Wang Qishan is playing an important role in managing the financial sector and in selecting the personnel. We believe that after the government shake up next March, that financial sector reform will be a top priority and will move at a faster pace.

Chinese financial regulators have spent the last two years, since the market volatility in the summer of 2015, cleaning house literally and figuratively. Investigations by Wang Qishan’s anti-corruption investigators have led to a significant number of detentions of government officials, most notably the Chairman of the China Insurance Regulatory Commission, but also a large number of mid-level officials at all three main regulators.

In addition, China conducted anti-corruption and criminal investigations of domestic and foreign financial services firms. These investigations are winding down, but there has been a steady stream of penalties and arrests announced at the weekly China Securities Regulatory Commission press briefings over the last six months.

One of the main challenges facing the regulators – and the People’s Bank of China (PBOC) – is that there are major loopholes that could be exploited in the regulatory structure of the differing regulators.  To eliminate these differences and overlap, the government has been issuing additional regulatory guidance but also announced that a new oversight regulatory board would be created.

This supervisory committee will be lodged in the PBOC but headed by a Vice Premier. It is interesting that the Vice Premier was not announced by name to head it when it was announced in July, but we suspect that this was done intentionally. If announced, it would be Ma Kai, as he is in charge of the financial sector. But he is one of the obstacles to further reform. We expect to see the new oversight group become active after the new line up of Vice Premiers has been announced.