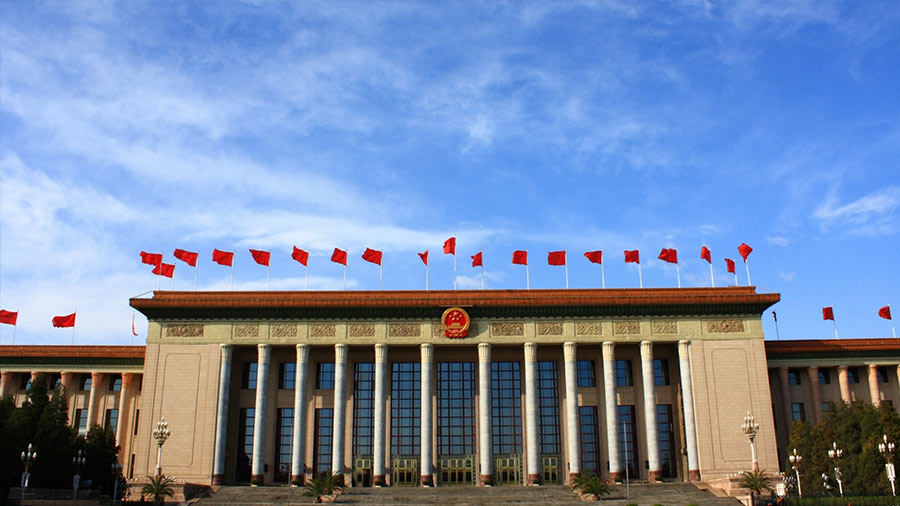 China’s annual Two Sessions – or legislative meeting – concluded earlier this month, with the main event being the ratification of the 14th Five Year Plan (2021-2025) and economic goals through 2035. The 148-page plan sets out the big picture for the next five years and covers a broad range of topics: science and technology, climate and conservation, industrial upgrades, rural revitalization, and food security, how to grapple with the aging population, and focused quite a bit on engaging emerging markets in the Global South.  In addition, given the emphasis on green development, there was a significant focus on worker retraining programs and vocational schools’ development to retrain those in “sunsetting” industries.

There is so much packed into this plan, and it even includes a rural toilet revolution. Yet, green development and technology permeate just about every aspect of the plan and will anchor China’s economic recovery and transformation. In this Quick Take, we take a look at the key aspects of China’s green development plans. We will cover the tech plans in a subsequent Quick Take.

President Xi Jinping committed China to peak carbon emissions by 2030 and becoming carbon neutral by 2060; this amounts to the most consequential net zero commitment to date. President Xi sees climate as an opportunity to build ties globally while taking action at home. Climate has become a key area of cooperation between China and the EU, China is providing advice and counsel to the Middle East on their transition to low carbon, and it is seen as a potential area of cooperation in an otherwise fairly negative agenda with the United States.

During the Two Sessions, only high-level guidance for how China will get there were set for three time horizons: 2021, through 2025 (the FYP), and for a Beautiful China by 2035. The ministries are working on more detailed plans, which will be issued sector-by-sector, including province-by-province and regional goals beginning in the Greater Bay and Yangtze River delta areas before moving up to the industrial north.

At home, in order to get to President Xi’s long-term goals, the most significant moves over the next five years will be reforming the energy sector, reducing pollution and emissions, and transforming the industrial sector.

Improving the energy sector is a centerpiece of the green development plan. The word “energy” appears in the FYP about 60 times; climate appears nine times. The plan promotes energy efficiency in production, construction, transportation, and logistics and increases renewables – wind, solar, hydro, and nuclear – to 20% of the energy mix by 2025 and 25% in 2030, up from 15% currently.

That’s the good news. The bad news is that there is no target to reduce the percentage of coal. This is because China is balancing ambitious climate goals with maintaining energy security -- as well as the social costs of phasing out the industry -- for a network that relies heavily on coal. In 2020, coal accounted for 56.8% of energy consumption, slightly down from 57.7% the previous year. That said, the PBOC made an important change this year to their taxonomy around green and removed coal-fired power plants from qualifying for green bonds, an important step for the world’s largest issuer.

On emissions, China set an 18% reduction target for carbon emission intensity and a 13.5% reduction target for energy emission intensity. Both of these targets are seen as realistic and achievable. But, to the disappointment of many observers, no emissions cap has been set. Some experts speculate that a cap could be set in the forthcoming detailed plans factoring in input from the provinces. They argue that it makes sense to define those targets from bottom-up versus top-down. Furthermore, because China omitted the five-year economic growth target for the first time ever, it is challenging to calculate emissions, and therefore harder to calculate a cap.

The upgrade of industry features in both of China’s green development and technology plans. While green development will be a priority, the government did not provide a detailed plan as to how it would reach its ambitious goals. Overall, the plan calls for the greening of industry by incorporating green manufacturing and promoting conservation. There will be plans to upgrade traditional industries and promote emerging industries and clean technology, like new energy vehicles.

How will China finance green development?

The Chinese government can only provide about 10% annually of the over $1 trillion needed to pay for this transition. The rest must come from the private sector.  Therefore, China’s government is focusing on creating the right mix of government policy, financial incentives, and a regulatory structure to attract private sector financing.

China will continue to build out its green bond market as well as make linkages with green bond trading in other countries. Green funds have been launched recently by the Ministry of Finance and the city of Shanghai, for example, both sponsored by the central government. Over 500 green funds now exist.

However, one of the biggest initiatives is the long-awaited launch of the China National Carbon Exchange, likely in June. This one move will bring almost 50% of China’s emissions under a pricing structure with just one industry: power. As such, it will be the main driver in the reform of the power sector by putting a price on the right to pollute. The Exchange will expand to cover eight of China’s most polluting industries in total, deploying market mechanisms to reduce emissions. The sale of the quotas to the SOEs covered under the Exchange will also generate revenues for the central government to help cover the green development costs. This new Exchange will crate opportunities for offsets and the creation of innovative financing structures, which will also attract foreign capital.

In addition, the Chinese government is one of the thought leaders about how to put a price on nature through the pricing of natural resources. This is a sector to watch with their hosting of the upcoming UN Convention on Biodiversity (CBD COP 15) in Yunnan Province.

How will the green plan be implemented?

The challenge is always in the implementation. The plan is big, broad, and high-level, so we will be watching carefully to see the more detailed plans coming out of Beijing as well as the provinces for their transition.

So far, we know that the Ministry of Environment and Ecology (MEE) is developing a 10-year roadmap to peak carbon that defines energy-saving and emissions reduction targets, with input from the other ministries. That is expected soon; in fact, the draft plan is already circulating internally. The National Development and Reform Commission (NDRC) and the National Energy Administration (NEA) are developing the plan for improving the energy mix with renewables, coal, and electricity. And for the more energy-intensive traditional industries, like steel, iron, and cement, the Ministry of Industry and Information Technology (MIIT) will develop the action plan. Also, under the MIIT, the government has also created a new working group to support innovation in the cleantech space, broadly defined as tech and solutions leading to reducing carbon emissions.

What does the green plan mean for foreign companies?

For companies navigating the U.S. and Chinese tensions, mitigating climate change is one area both sides can agree upon. Green is good for both sides and an area that is solid for cooperation. In fact, the U.S. and China will co-chair the G20 Sustainable Finance Working Group this year. China chaired the first-ever sustainable finance working group in 2016. This group will develop policy recommendations, such as finding a common definition for “green” for investment purposes and the definition, scope, and standards for financial disclosures regarding climate, among others. There will be a chance for companies to participate in this group under the planning private sector financing summit being developed.

In China, good sustainability plans, such as greening the supply chains, greening operations, and the like, are all positives in the eyes of Chinese stakeholders in government and in the public.