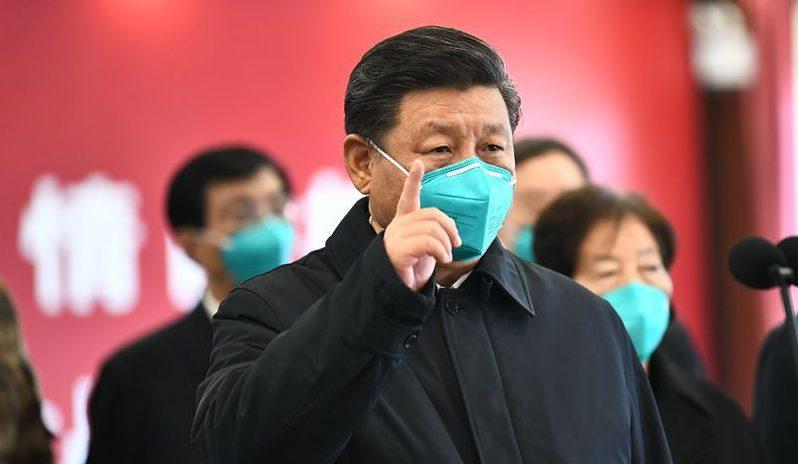 As a glimmer of hope has appeared in the fight against COVID-19 in the United States, and an initial economic package has passed on the Hill and another is in the works, attention is turning who is to blame for the economic harm and loss of life resulting from the spread of the coronavirus.

‍
From Capitol Hill to the churches, there are calls for China to take responsibility for the rapid global spread of the virus. The argument is that the world was not prepared for the severity of the disease because China withheld critical scientific information and downplayed the actual numbers of people infected. Therefore, countries based their models and predictions on faulty information and therefore did not move quickly enough to isolate their citizens or prepare the medical systems to accommodate such large numbers of critically ill patients.

‍
While the Administration has tamped down its rhetoric on China – no more talk of the “China Virus” by the President at his daily briefing – it is heating up on the Hill, especially with the Republicans. Criticizing China is very much still a bipartisan issue, however.

‍
In just the last week, Congressman Mark Green (R-TN), a former emergency room physician and veteran of the Iraq War, published an op-ed arguing that China should be required to pay for the damages from the virus, and this could be done by withholding debt interest on U.S. Treasury bills. SenatorRick Scott (R-FL) is pushing for legislation to hold China accountable, and Senator Tom Cotton (R-AR) has called for sanctions against Chinese officials. Senator Lindsey Graham (R-SC) has promised to oppose all U. S. funding for the World Health Organization, (the U.S. is the largest single contributor) calling them “China Apologists.”

‍
The Evangelical community, also supporters of the Administration, has been speaking out. In an article in Politico today, religious leaders said that the Administration’s top priority after fighting the virus should be to hold China accountable for its spread. And at least one class action lawsuit has been filed by American plaintiffs suing the Chinese government.

‍
The Administration recognizes the fine line that it has to walk at this time with China. While the U.S. is still fighting the virus, we are reliant on China to supply necessary masks, medical gowns, and other equipment. In addition, the United States is reliant on China for critical drugs. Chinese pharmaceutical companies have supplied more than 90 percent of U.S. antibiotics, vitamin C, ibuprofen and hydrocortisone, as well as 70 percent of acetaminophen, according to a recent article in the New York Times.

‍
As we have written previously, the impact of COVID-19 has reignited the debate within the Administration about U.S. reliance in certain key sectors on supplies and materials from China. Legislation is already being considered to reduce our dependence on Chinese pharmaceutical firms. Expect to see more legislation in other sectors.

‍
And several of the “China hawks” within the Administration, such as Peter Navarro, overseeing the manufacturing supply chain efforts during this crisis, and Matt Pottinger, now the Deputy National Security Advisor, have taken on more prominent and powerful roles.

‍
As consideration is being given to what the U.S. economy will look like post-virus, the debate on China will be fierce. It will be exacerbated by the Presidential election and the COVID-19-related recession. There will be a new assessment of the bilateral relationship in light of China’s lack of transparency during this crisis, but also China’s behavior globally in the aftermath. It is unclear yet how far this debate will go, obviously, but a few things are likely.

‍
China’s Tries to Get Ahead of the Tide

‍
As China’s economy is restarting, it is in China’s interest that the rest of the world start to recover sooner rather than later. In good faith, no doubt, China has offered its experience in fighting the virus along with the necessary equipment to some of those countries hardest hit by the virus – such as Italy and Spain as well as Africa and Latin America. Equipment has even been dispatched to New York. But there is certainly an intention of soft diplomacy – or what is being dubbed “mask diplomacy” – in these efforts as well.

‍
China is also using this crisis to call for a Health Belt & Road, an initiative that is already controversial in the United States. Without a doubt there needs to be a global mechanism to coordinate health policy and preparations for pandemics, especially given the great economic cost that COVID-19 has wrought, but it is highly political on China’s part to imply that this should be done through the Belt & Road (BRI) – which excludes the United States and most European countries.

‍
It appears that China is considering suspending debt payments from emerging market counties – many who took on debt as part of infrastructure development projects along the BRI. In an interview with Reuters this week, an unnamed Chinese official admitted that “We agree that some countries should not be forced to make payments during the crisis.”

‍
Obviously, fighting the virus is the most important priority globally currently. But as economies start to recover, the global backlash against China could be fierce. And the United States will likely be one of the loudest voices.