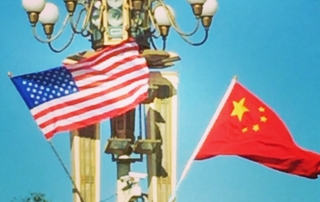 - Yesterday President Trump announced that the U.S. Trade Representative will be determining whether or not to launch a Special 301 investigation into China’s intellectual property rights (IPR) protection practices.

- China has world-class laws protecting IPR, but its weak enforcement, requirements for technology transfer, online piracy, infringement of trade secrets, and the significant export of pirated property puts U.S. companies at a disadvantage.

- If launched, this will be the first trade action against China since the country’s accession to the World Trade Organization in 2001.

- The investigation is intended to demonstrate that the Administration is willing to pursue action when it believes that U.S. companies are not being given fair treatment in China, while still giving us an "out".

- Expect China to object noisily -- as well as many of our other trading partners – as a 301 investigation contravenes both the letter and the spirit of the WTO. Longer term reaction will depend on the ever-shifting bilateral relationship.

- Trump goes to China in November so we don't expect to see a formal 301 investigation launched in advance of that trip.

What does this mean? President Trump did not announce the launch of a 301 investigation today; rather, he signed an Executive Order directing the U.S. Trade Representative to examine China’s intellectual property rights (IPR) protection practices to determine if a Special 301 trade investigation should be launched. This is an important distinction because announcing a 301 investigation starts a clock ticking, which can be stopped by resolving the issue or taking sanctions. It also gives the Administration an “out” if China demonstrates progress in key areas. Critics say that bringing a 301 investigation against China would call into question the role of the multilateral trading system and the WTO – which has not been able to reach agreement on a major new trading round since its creation in the Uruguay Round in 1995. The Doha Round has been stalled since 2001. Businesses worry it will draw retaliation.

What’s a 301 Investigation? Under the Special 301 investigation, which was created under Section 182 of the Omnibus Trade Act of 1974, the United States Trade Representative (USTR) must investigate a country’s IPR practices to determine if they are “unreasonable” or “discriminatory” if the country is designated as a “priority foreign country” in USTR’s annual Special 301 trade report. China and 11 other countries are currently on the “priority watch list” which is one step before the “priority foreign country” designation. A Special 301 investigation can last up to six months, with a possible extension of three months. China does not have to engage in or agree to negotiations. At the conclusion of the investigation, if the U.S. makes a positive determination, it can issue trade sanctions in the form of import tariffs (up to 100%) on selected products. The U.S. has been discussing IPR issues with China since the 1980s and has negotiated three Special 301 Agreements with China, which were signed in January 1992, February 1995 and June 1996. Since then, IPR has continued to be a major concern for the U.S., especially as the American firms are leading global innovators. While China has made important strides on the legal side, enforcement of the law remains a significant challenge, especially in the provinces.  This enforcement problem is not unique to intellectual property rights but is often more apparent in this sector than in others.

How might China react? Trump and Xi spoke on Friday night, so none of this comes as a surprise to the Chinese leadership. However, the Chinese government is likely to respond immediately (and noisily) on two fronts:

In the medium to long-term, it is hard to predict how this will develop. Both sides know that there’s an “out” because the Trump Administration can announce that they are not proceeding with the Special 301 investigation if a deal of some kind is reached. If the trade action does go forward, China is not required to negotiate in any way with the United States. It has already "appealed" the United States not to start a trade war by following through with this investigation. The business community usually frets that these types of actions will bring retaliation against companies, but we would not expect the Chinese government to retaliate against specific companies immediately. Approvals of deals and the pace of business could slow as China determines what leverage will be needed going forward. And if they really wanted to show “global leadership”, China might consider taking the ironic step of bringing a WTO case against the U.S. for taking this unilateral action.

The NOKO Factor The Administration has stated publicly and privately to the Chinese that they expect to see progress in cooperation in addressing the North Korea (NOKO) problem, and have linked that cooperation to U.S. action on trade issues with China. There was consideration earlier this month of action against China on both steel and IPR, but securing China’s vote in the UN for additional sanctions against North Korea delayed any announcement. The challenge for the Administration, however, is credibility. Decisions appear to be made to take action against China, reports surface in the media, and then it appears as though the Administration can’t pull the trigger. Even today’s announcement is less than action: it is an investigation into whether to take action. This means that a deal can still be worked out with the Chinese before any formal process gets started. However, the Administration is under increasing pressure to show that it is willing and able to address the very real and challenging issues in the bilateral economic relationship while still managing to work closely with China on NOKO. People will be watching closely to see if there is any hint of a political deal on the 301 investigation as a tradeoff for additional concessions on North Korea.

Timing and The Trump Trip This announcement is not likely to impact President Trump’s potential trip to China in November around the timing of the APEC leaders meeting in Vietnam on November 6. It may mean that no announcement on the actual launch of a 301 investigation would be made before that trip, however.

Note that Basilinna CEO Deborah Lehr co-led the 1995 and 1996 Special 301 negotiations while at USTR.