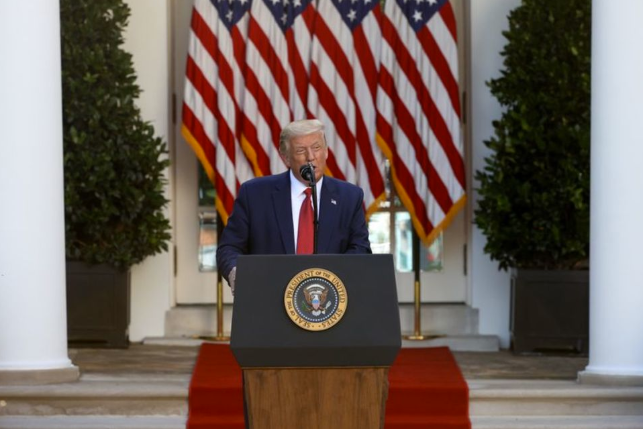 Recap of the Latest Actions

The U.S.-China systemic clash might be leading to a system overload for both countries. The White House has rolled out actions at a fast and furious pace lately, but with few details which has left companies trying to scenario plan for anything and everything.

The U.S. “whole of government” approach targets China on all fronts and all at once. In just the past two weeks, for example, the Administration has announced new and potential measures across a staggering array of issues:

For many of these actions, unfortunately, there is no clarity yet about how they will actually be implemented or who could appear on the various sanctions list, making it difficult to anticipate Chinese actions let alone be clear on how to take internal actions to implement the policies.

With the Hong Kong legislation, there is not yet clarity about the type of financial transactions that will be covered or the banks that will be targeted. China’s state-owned banks are among the largest banks in the world; it is hard to imagine how they could be sanctioned without severely impacting the global financial system. Therefore, there is speculation that it will be mid-sized or tier two Chinese banks that could be impacted.

On Hong Kong, in addition, there is discussion about restricting visas on certain high-level officials.

With the Uyghur legislation, it is unclear which or how Chinese companies will be sanctioned and how to implement the advisory. Cotton producers in China have been a focus, causing some confusion for retailers importing cotton apparel and products from China.

The visa tensions have made everyone confused, including students from China and those looking to study in China. There is speculation that recent statements on banning CCP officials are intended more to demonstrate how far the Trump Administration will go to push back on China in order to boost the campaign.

Meanwhile in China, the government’s actions so far have been a direct and proportional response to U.S. actions. When the U.S. kicked out Chinese journalists; China did the same. When we sanctioned Chinese officials; they do too – using our same criteria. When we do x, they do x.

One of the biggest issues of concern, however, is how and when China could unveil their Unreliable Entity List, and who might be on it. We continue to hear that the criteria for the list are under development and discussion, but so far there is no list of companies. That, however, could change based on ongoing U.S. actions. This week, China sanctioned Lockheed Martin for sales to Taiwan, for example.

Our clients keep jokingly asking for some good news on the U.S.-China front. And there is some: so far, the phase one trade deal is moving apace. There is a strong working relationship on the trade front where bilateral conversations are ongoing, and the Chinese government has been consistently serious about implementing their commitments.

While China is most definitely not on track to meet purchasing commitments on energy – and maybe services – there is another year to catch up and much uncertainty in that market. It is unfortunate that the energy targets were all set in dollars amount versus quantities as the rock bottom prices in the sector will make it very hard to hit targets this year.

Yet China has rolled out a new plan on intellectual property rights fulfilling their obligations. They have moved on financial services opening on the agreed upon timeline, and companies have submitted or are preparing to submit applications for wholly or majority owned foreign companies and they have accepted applications from two major U.S. credit card companies. One of the real indicators on how well the agreement is being implemented will be when and if these applications are approved – that’s several months out.

Overall, however, contrary to statements from White House Trade Advisor Peter Navarro about the phase one trade deal being “dead”, there seems to be robust engagement and a bank of trust on each side. Later this month, Deputy US Trade Representative Jeff Gerrish will leave his position, and it remains to be seen who will fill his shoes.

Also noteworthy was the July 9 speech addressing a forum on U.S.-China relations, China’s Foreign Minister and State Councilor Wang Yi, gave a very measured speech and acknowledged how bad the bilateral relationship has gotten. "We hope the U.S. can build a more objective and calm understanding of China and formulate a more rational and pragmatic China policy. China will neither copy the model of other countries nor export the ‘China model’." He noted that the bilateral tensions impact the whole world. His remarks seemed to be a high-level attempt to put a floor on the relationship.

Against so much uncertainty around global economic recovery and when the coronavirus will come under control, having this additional layer of uncertainty is one of the biggest challenges for U.S. companies operating in China. China actions by the Administration move markets and impact jobs.

Nevertheless, we are in the election season and China is a centerpiece of both campaigns, as we saw during the President’s press conference earlier this week in the Rose Garden that was ostensibly to announce the Hong Kong action but morphed into a point by point response to Joe Biden’s speech earlier in the day, which again featured the former Vice President’s track record on China. For the time being, we will be working with clients to scenario plan for any and all eventualities as we can expect this Administration to continue