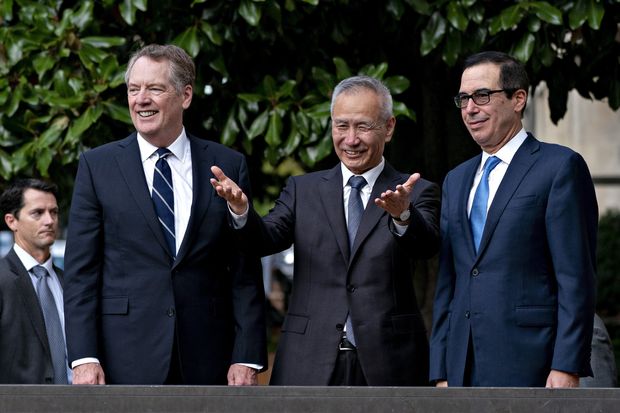 Quick Take: What Else You Should Know about the Phase One Trade Deal with China

A lot has been written summarizing the phase one deal, but there are a few aspects of the agreement that are worth highlighting along with some of the implications now that this agreement has been signed.

Keep in mind the context also. This is the first major trade agreement signed between the countries since China acceded to the World Trade Organization in 2001. It is rightly noted that both countries have remaining issues with the other, but this agreement overwhelmingly benefits the United States. Bill Bishop in his Sinocism newsletter shared something from one of his readers about the agreement’s text that illuminates this point:  "there are 105 times of 'China shall', 60 times of 'the Parties shall', 5 times of 'the United States shall', and 27 times of "the United States affirms".

However, the Chinese will not walk away without a win. We expect to see some licenses for Chinese financial firms to operate in the U.S. approved soon -- after a long hold up -- as a part of the understanding between both sides. There are several allusions to this in the text. Nevertheless, as China moves to a consumption-based economy to promote its growth, it will need to provide greater market access and import more from overseas.

As for phase two, President Trump has announced that discussions will begin soon and that the talks could last through the end of the year – even after the 2020 Presidential election. While a reflection of the President's views on a second term, it is also a recognition that reaching a second agreement will not be quick or easy.

It is highly unlikely that there will be a big phase two agreement in 2020. Rather, it is likely there will be a series of smaller agreements on discrete issues and purchases of U.S. goods and services.

Here’s what we found the most noteworthy in the agreement:

The most visible part of the agreement is the planned purchases by China. There is a 21-page annex to the agreement that covers a broad range of potential agricultural purchases, including soybeans, dairy, rice, poultry, cattle, fish, animal feed, infant formula as well as goods, energy, and services. Purchase targets are set for each category and should “exceed the 2017 baseline amount by no less than $200 billion.” This was one of the first numbers that the President highlighted in his (long) speech for the signing ceremony.

Equally important as the purchases, the agreement addresses some of the systemic issues that have been used to block U.S. exports. The agreement attempts to address licensing approvals, sanitary and phytosanitary requirements, pre-approvals for products if approved in the U.S., among others.

A simple line in the agreement re-commits China to its WTO obligations to “publish in an official journal its laws, regulations, and other measures pertaining to its domestic support programs and policies.”

A first step towards getting China to address its subsidies to the state-owned enterprise and private sector is requiring that they publish the information.

Notably, this issue of publishing laws was a major focus during the negotiations for market access in the late 1990s. The more things change, the more they stay the same.

The first chapter, which numbers 18 pages long, builds on China’s existing legal framework for intellectual property rights to address many challenges that U.S. companies have faced, as well as to extend the coverage to new areas such as e-commerce. The section is highly legal, reflecting USTR Robert Lighthizer's background.

In recognition of longstanding complaints against Alibaba being a platform for the mass sale of pirated goods, the agreement includes a line allowing China to revoke the operating licenses of companies for repeated failures to curb the sale of counterfeit or pirated goods.

Despite all the noise about investigating students and researchers at U.S. universities, limiting U.S. tech exports to China, and tackling tech transfer requirements, the two sides did agree to engage in scientific and technological cooperation, where appropriate. While we cannot read too much into this commitment, it is a surprising line to be included in this agreement given all the tensions and heated politics around technological competition.

Critical to the success of the agreement, of course, is the enforcement. At the beginning of these negotiations, the Administration said that their major focus was making sure this agreement is enforceable.

A few interesting points about this section: First, this will be the most robust bilateral enforcement mechanism in the trade world with whole offices being established in the U.S. and China to focus on this agreement – and subsequent ones. It also means that the United States can fast track solutions as they do not want to wait for a lengthy WTO case to resolve an issue; if the two sides cannot resolve the problem, the U.S. can take unilateral action. There is a major global implication of this structure. The U.S. can move faster than its EU, Latin American and other counterparts in finding solutions as all other countries must go through the WTO – until they are able to negotiate their bilateral agreements with China. Already, the United States has essentially undermined the WTO dispute resolution mechanism by not supporting any new judges preventing a quorum.

The second structure will likely result in the relaunch of the Comprehensive Economic Dialogue (CED), created at the beginning of the Administration. The CED was modeled after the Strategic Economic Dialogue created by former Treasury Secretary Hank Paulson to address longer-term economic issues between the two countries.

Tariffs will remain on $360 worth of Chinese exports to the U.S. as leverage for enforcement. This is noteworthy in that the full removal of tariffs was one of the three pre-conditions the Chinese put on the negotiations. As we believe that there will be a series of small agreements with the U.S. and China through the end of the year, tranches of these tariffs may be lifted as progress is made.

The success of a phase two agreement is uncertain, but it was remarkable that the tone of the Chinese during that signing ceremony was largely positive and even warm. Vice Premier Liu quoted President Xi as saying, “There are a thousand reasons to make the China-U.S. relationship work, and no reason to break it.”

While there are still some difficult issues ahead to face, these negotiations have resulted in a better understanding of the political priorities of both sides as well as the building of personal trust among the negotiators. These two issues, in any negotiation, can go a long way towards future success.