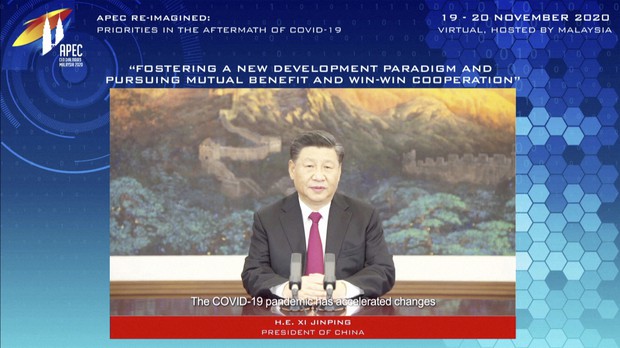 With the announcement of Antony Blinken and Jake Sullivan to the top foreign policy positions in the U.S. government, the new Administration is signaling a return to a more traditional approach of building alliances, ensuring a strategic vision, and coordinating with international institutions thus creating a more predictable foreign policy strategy. For China policy, as we (and many others) are saying, expect to see a continued tough approach but in a more strategic framework that is more consistent and transparent. Within that, the new Administration is likely to re-establish high-level dialogues and find areas of potential cooperation with China.

While Trump’s more inflammatory, whole-of-government approach may not have achieved all his objectives, it has definitely changed the narrative and the nature of the bilateral relationship. This, combined with what Secretary Paulson calls “structural competition” between the two countries given the nature of our economies, we will have to watch if this traditional approach to policymaking works in this new environment.

Reuters published an account of a proposed Executive Order that would add 89 Chinese companies to the U.S. entity list for having military ties, restricting them from buying a range of U.S. goods and technology. If issued, this action will have a significant impact on U.S. companies, particularly in aerospace. Honeywell and General Electric, for example, are major suppliers to Commercial Aircraft Corp of China Ltd (COMAC), makers of China’s domestic aircraft, and one of the companies being added to the list along with other aerospace firms.

U.S. competitors in Europe, such as Rolls Royce, are fully prepared to step in to replace the American firms if they are limited in making these sales. Just the consideration of restricting U.S. sales to “any person or entity that supports or contributes to the maintenance or production of military items -- even if their business is primarily non-military,” as the rules allege, exacerbate concerns that American firms are unreliable suppliers.

China has outlined criteria for its own Unreliable Entity List. If the Commerce Department publishes this new broad list of companies, the Chinese will likely retaliate by adding U.S. firms, particularly in the aerospace field, to their list. The end result will be a significant loss of sales for U.S. firms to their European competitors, potentially never to be recovered, while not achieving the goal of halting or even slowing China’s growth and development.

In a surprise but strategically clever move, President Xi announced last week at the 32nd Asia-Pacific Economic Cooperation (APEC)summit that China is considering joining the Comprehensive and Progressive Agreement for Trans-Pacific Partnership (CPTPP). As you will recall, the CPTPP is the agreement concluded between 11 nations after the Trump Administration pulled out of its predecessor – the Trans-Pacific Partnership (TPP).

If China moves forward with these negotiations, coming after the November signing of the Regional Comprehensive Economic Partnership, it will be a member of the two largest regional agreements in the world. By contrast, the United States is not a member of either.

China’s announcement places pressure on the United States to also consider joining the CPTPP. Biden’s challenge is that the standards of the CPTPP are lower than those negotiated in the TPP under the Obama Administration. This makes it easier to join, but tougher to get through the Congress, which was even skeptical of the initial agreement. Even then Presidential-candidate Hillary Clinton backed away from the TPP. It will be an early test on trade for the Biden Administration, but the move by China could potentially provide an opening for the new Administration to consider joining.

The appointment of a former senior Senator and Secretary of State. who negotiated the Paris Climate Accord, as the Special Envoy is a clear indication of the emphasis that the new President intends to place on the environment. And as the world’s largest carbon emitter, China has to be a major part of Secretary Kerry’s new role.

This will provide an interesting opportunity for the Chinese. They have already recognized the benefits of cooperating with the Europeans on climate. The announcement at the UN General Assembly meeting earlier this year by President Xi Jinping that China will achieve carbon neutrality by 2060 is aimed in large part at the Europeans, who have made this issue an important part of their relationship with China.

Expect to see climate to be the first area of proposed cooperation with China under the new Administration. Hopefully, it will not be the centerpiece of the relationship, however, as seen in the Obama Administration. Creating a special envoy sends a positive signal about climate but having a lone ranger like Secretary Kerry taking on this new role, especially given the foreign policy, economic, and national security implications of the environmental issues could create challenges for the new Secretary of State.