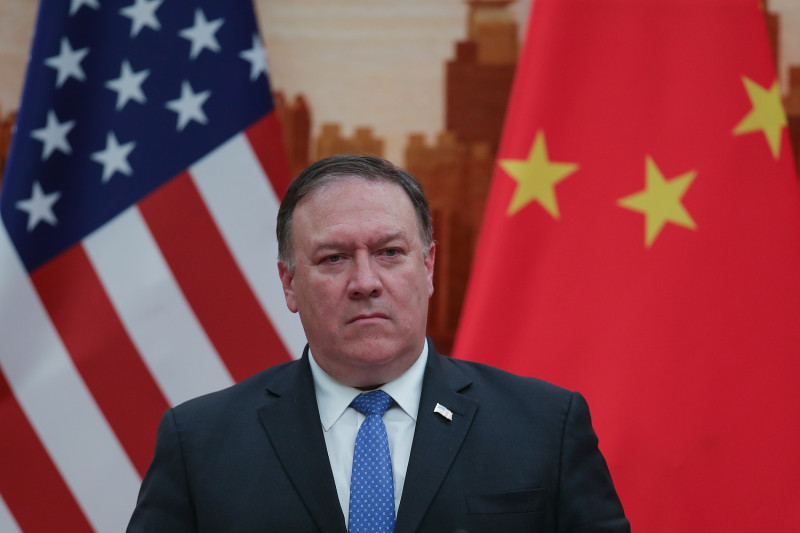 As predicted, the Trump Administration will not go quietly into transition. Aside from the tragic domestic events over the weekend, the Trump team has been active in issuing major policy announcements aimed at China over the past few weeks. The common narrative in D.C. has been that China will not be an immediate priority for the Biden team; rather, it will be COVID relief, economic recovery, and healing our divisions domestically. Yet, some of Trump’s actions will force the Biden team to contend with China early on. For example, the Executive Order banning Chinese payment apps has a 45-day clock for Commerce to determine what types of payments should be blocked and what other apps should be added to the list of eight. This timeline falls 30-days into the Biden term. Also, do not forget the Phase One trade agreement lapses at the end of 2021, so a determination about how to proceed will need to be made early on. Here’s a summary of the latest developments.
‍

‍
Upping the Ante on Taiwan: On January 9, Secretary of State Mike Pompeo issued one of the most consequential China policy moves of the Administration: a retreat from diplomatic norms with Taiwan. The U.S. State Department declared null a set of self-imposed “contact guidelines” governing contacts between diplomats, service members, and other officials’ interaction with Taiwanese counterparts since the 1970s, supporting our commitment to the One China Policy. Furthermore, U.N. Ambassador Kelly Craft will travel to Taiwan to meet with officials this week. These actions follow several measures to move closer to Taiwan, violating a “redline” for China, including high-level visits to Taiwan by senior Trump officials and engagement in economic dialogue with Taiwanese last month. Remember also that Trump spoke with the Taiwanese president before his inauguration. The Administration has also been discussing launching a bilateral trade agreement with Taiwan, which may be of interest to the new Administration also. We predict that Secretary Pompeo will be added to the Chinese government's list of sanctioned U.S. officials as they seek ways to retaliate.
‍

‍
Whiplash - Delisting Chinese Telecoms: After reversing their reversal, the New York Stock Exchange (NYSE) will proceed with the delisting of China’s three major telecos -- China Mobile, China Telecom, and China Unicom – in accordance with Trump’s November 12th Executive Order preventing U.S. investment in Chinese firms with military linkages, which includes about 35 companies. As a reminder, this E.O. is only one measure by which Chinese firms will face delisting. The Holding Foreign Companies Accountable Act, which passed Congress on December 2, requires Chinese firms that fail to comply with U.S. accounting and audit requirements to delist within three years. We understand that a path to remain on the exchanges has been worked out between Secretary Mnuchin and his Chinese counterparts, but it remains to be seen if incoming Secretary Janet Yellen will adopt that path.
‍

‍
More Chinese Apps to be Banned: On January 5, President Trump signed yet another Executive Orderbanning transactions with eight Chinese software applications, including Alipay and WeChat Pay. The Order directs the Department of Commerce to specify the types of transactions prohibited and identify any other Chinese apps to be included within 45 days. This Executive Order's rationale is that these apps give the Chinese Communist Party access to U.S. consumer data, which presents a significant risk for American consumers. These apps were targeted solely based on their high download rates in the U.S. versus a specific national security concern. Note that TikTok joined the social media ban of President Trump’s accounts, prompting headlines about TikTok banning Trump before Trump could ban TikTok.
‍

‍
Matt Pottinger Resigns: One of the primary architects of Trump’s China policy, Deputy National Security Advisor Matt Pottinger, resigned over the weekend in protest over Trump’s role in stoking the violence on Capitol Hill. Pottinger was described as a “hardliner” but not a “hawk” on China policy in contrast to former Trump advisory Steve Bannon or trade advisor Peter Navarro. He was responsible for much of the research and underpinning of the China strategy. Notably, he delivered a speech in Mandarin Chinese directly to the Chinese people encouraging them to speak out, stating, “When small acts of bravery are stamped out by governments, big acts of bravery follow.”
‍

‍
China-EU Agreement: After seven years, the E.U. and China announced agreement to sign the Comprehensive Agreement on Investment despite the incoming Biden team's calls to hold off. This was a positive sign for China and sent a message to the U.S. about their plans to seek greater alignment with allies on China issues. The E.U. contends that this agreement is akin to the U.S.-China Phase One trade agreement, however. The agreement still must be ratified by the E.U. Parliament, which will certainly raise human rights concerns, specifically related to inadequate provisions in the agreement to address the forced labor issues in Xinjiang.
‍

‍
China Moves to Insulate its Companies: On January 9, China’s Ministry of Commerce (MOFCOM) issued "Rules on Counteracting Unjustified Extra-Territorial Application of Foreign Legislation and Other Measures and made them effective immediately. The Rules are a clear response to the onslaught of Executive Orders, export controls, entity lists, an unprecedented number of legislative actions pending in Congress, and delistings from the U.S. MOFCOM will preside over their implementation, which will include the National Development and Reform Commission and other relevant ministries. Companies will be required to report the extraterritorial measure within 30 days, and the Ministries will assess the issue and, based on international rules and other metrics, will issue a “prohibition order” to the legal person or Chinese citizen. Chinese researchers noted that the measures were necessary given the major impact on foreign trade from the “improper extraterritorial application of foreign laws or secondary sanctions.” They note that other countries and multilateral organizations, such as the U.N. and E.U., have developed similar rules; China-based their rules on the E.U. model.
‍

‍
China Has a Shortage of Shipping Containers: And one final tidbit in the news caught our attention: demand for Chinese goods has created a worldwide shortage of shipping containers. In fact, the price of Chinese exports has skyrocketed due to the lack of shipping capacity. A less impactful but most enlightening data point to assess the legacy of Trump’s China trade policy. Ironically, the one thing that has slowed Chinese exports is too much demand.