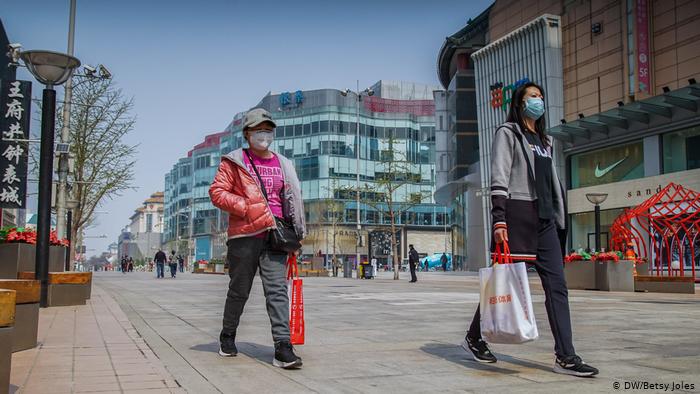 ‍The news of a classified U.S. intelligence report detailing how China is severely under-reporting their numbers dominated the headlines this week. Congress and the Administration ratcheted up accusations about China's role in the pandemic. Under pressure, China released the number of asymptomatic cases at about 1,500, after not including those cases in previous estimates.

Even with this debate over past numbers, China is being closely watched for how they navigate the return to work while balancing concerns about a resurgence. On Tuesday, the government announced that 98% of China’s major industrial firms have returned to work. Even 95% of Hubei firms are back.

‍
Yet there are signs that things are not going as smoothly as China is reporting. In Shanghai, and Chengdu, for example, entertainment venues were unexpectedly closed after reopening. And it is reported that after a brief reopening, all movie theaters have been closed again across China.

‍
In addition, now that the virus is rapidly spreading through the rest of the world, demand for China’s products has plummeted. Canceled orders and oversupply could become an issue.

‍
We are keeping an up to date chart with the official Chinese “return to work” stats on our website.

‍
Back to School

‍
The return to school could be an even more meaningful metric of China’s recovery than any other reported statistics given the horrible implications of putting kids in danger. China is reporting reopening of high schools and the gradual opening of elementary schools in areas that do not have high infection rates. Safeguards are in place to measure temperatures as students enter schools. Over 1.5 million students in southwestern Guizhou province and the northeastern Muslim province of Xinjiang returned to school. Also in Guizhou, about 2,400 high schools are back to school. The universities are not reopening but will be continuing with online learning. Certainly, this return is not signficant yet given that China has an estimated 104 million elementary students and 24 million high school students.

‍
In mid-March, there was some optimism around shopping trends based on preliminary data indicating, “revenge spending” as Chinese shoppers released pent-up demand after months in quarantine. Hermès and Chanel’s boutiques had lines when they reopened in mid-March. But Chinese shoppers like to spend on vacation and with travel completely ground to a halt, it remains to be seen if this pent-up demand will be sustained and released at home.

‍
At the end of March, Bloomberg reported that online shopping trends indicate people are still returning home and “social distancing” at the end of the workday despite quarantines being lifted. Stores and restaurants are reopening, but consumers are instead buying items like lunch boxes and home exercise equipment or back to work supplies like office equipment and instant coffee. Discretionary spending is lagging so far.

‍
To date, China has reported 83,225 COVID-19 cases and 3,312 deaths. But the U.S. intelligence community submitted a classified report this week, which calls into question China’s numbers and the timing of when the outbreak began. It is being reported that the number of urns for cremated remains being handed out prior to the Tomb-Sweeping Festival on April 5, is estimated at 42,000, which clearly contradicts the mortality numbers as well.

‍
We are also carefully watching the potential for a resurgence in cases in China. On March 25, The Lancet published a study on the effects of social distancing and containment. Their modeling shows that lifting the quarantine in April could result in an August resurgence while waiting until the end of April could push the timeframe back to October.

‍
So far, we have not seen much reporting on resurgent cases; however, NPR reported on March 27 that quarantine centers are seeing about 5-10% of recovered cases are testing positive again. The reasons why are unclear, but could potentially be linked to the low accuracy rate of the type of testing that China is conducting.

‍
Again, while the official numbers are trending in the right direction, there are several stories to continue to monitor as companies consider when to get their employees back to work and back to China.