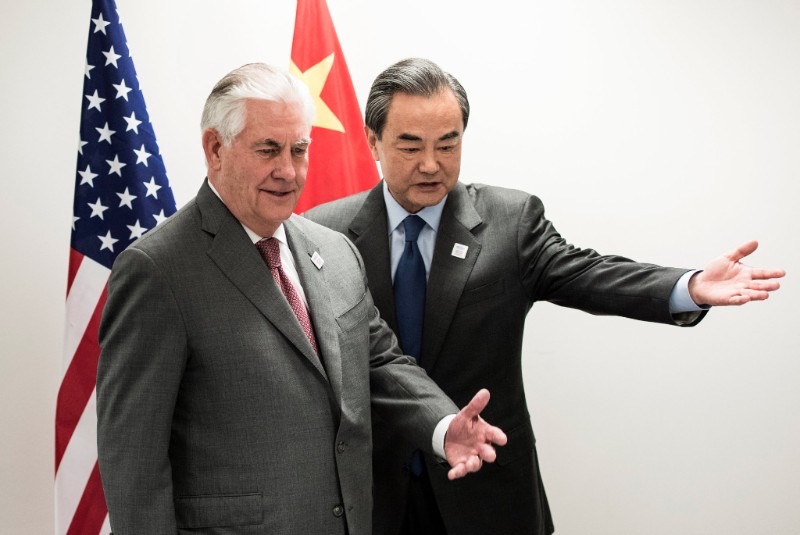 Meeting of the Ministers

On the margins of the G20 Foreign Ministers meeting hosted under the German Presidency, Tillerson and Wang Yi were able to hold their first face-to-face meeting. The Trump Administration is still developing a coordinated policy towards China, and the Secretary of State is hampered somewhat by the lack of his own Asia team at State and the chaos at the National Security Council. That said, the call between Presidents Trump and Xi where the U.S. acknowledged our “one China policy” helped smooth the way for this important meeting. The talks were described as "constructive," bureaucratic speak for good talks but no real resolutions.

North Korea - the most immediate threat

Growing concerns over how to handle the leader of North Korea provide an opportunity for the new Administration to work together with China on a shared threat. The missile launch and the alleged assassination of Kim Jung Un’s half-brother – previously the heir apparent until caught using a fake passport on his way to Disneyland Japan – calls further into question the stability of the current North Korean leader. Kim Jung Nam, the older half-brother, was living in Macao under Chinese protection so the assassination was a direct affront to China.

It is impossible to make progress with North Korea without China’s cooperation, which serves as North Korea's largest market. And in recent months, China has taken steps to show its displeasure with the young leader. Just this past weekend, China announced that it would suspend its imports of coal – 40% of North Korea’s exports to China – through the end of 2017. In addition, President Xi stills refusing to meet with Kim, breaking precedent from past Chinese leaders.

In addition, China proposes an end of the cycle of “launch, sanction, launch, sanction” by restarting the six party talks to engage North Korea. This will be the sixth round of sanctions against NK since the ban was implemented in 2006, yet the tests continue. Obama’s position was to demand tangible steps towards denuclearization before restarting the talks; Trump is considering other possible options. Tension is heightened now that these missiles appear able to reach the United States, unlike previous ones.

North Korea is the biggest potential flashpoint in Asia – and potentially globally. It is a positive sign that President Trump has already developed close ties with Japan’s President Abe, and while together at Mar-a-lago, condemned the recent missile launch. Secretary Tillerson also reiterated the U.S. position to stand by South Korea, in case of attack.

But the real opportunity may lie in the new Administration finding a way to work with the Chinese leadership in resolving the North Korea crisis, which has eluded previous Administrations. By seeking a joint solution, they will have a chance to better understand each other’s domestic situation, but also build the kind of personal relationship that President Trump seems to appreciate. And in that new relationship, we might find that the enemy of my enemy is indeed my friend. Maybe.