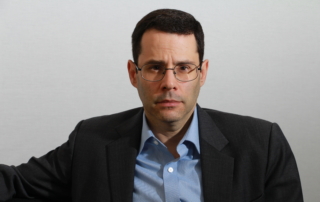 Auslin, in his new book, "The End Of The Asian Century", presents a compelling argument that the rise of Asia is far from certain. Trends across key indicators -- from disparate demographics, slowing economies, military might, environmental degradation and the lack of cohesiveness amongst the Asian countries -- all threaten to undermine the Asian powerhouse. One of the key determinants will be the role of the United States in the region.

The book is a compelling read for policymakers and businessmen focused on the region. And its release is timely as the Trump Administration reevaluates the U.S. position in the region, our own strategic interests with the individual countries, and U.S. competition with China for leadership in the region.

George P. Shultz, former U.S. Secretary of State and Secretary of Treasury "Michael B. Auslin combines a historian's perspective with the art of diagnosis to map Asia's possible futures. The surprising result is anticipatory, cautionary and contrarian." Robert B. Zoellick, former President of the World Bank and former U.S. Trade Representative

Michael R. Auslin, a former history professor at Yale University, is a resident scholar at the American Enterprise Institute for Public Policy Research in Washington, DC.

Where to find it The End Of The Asian Century