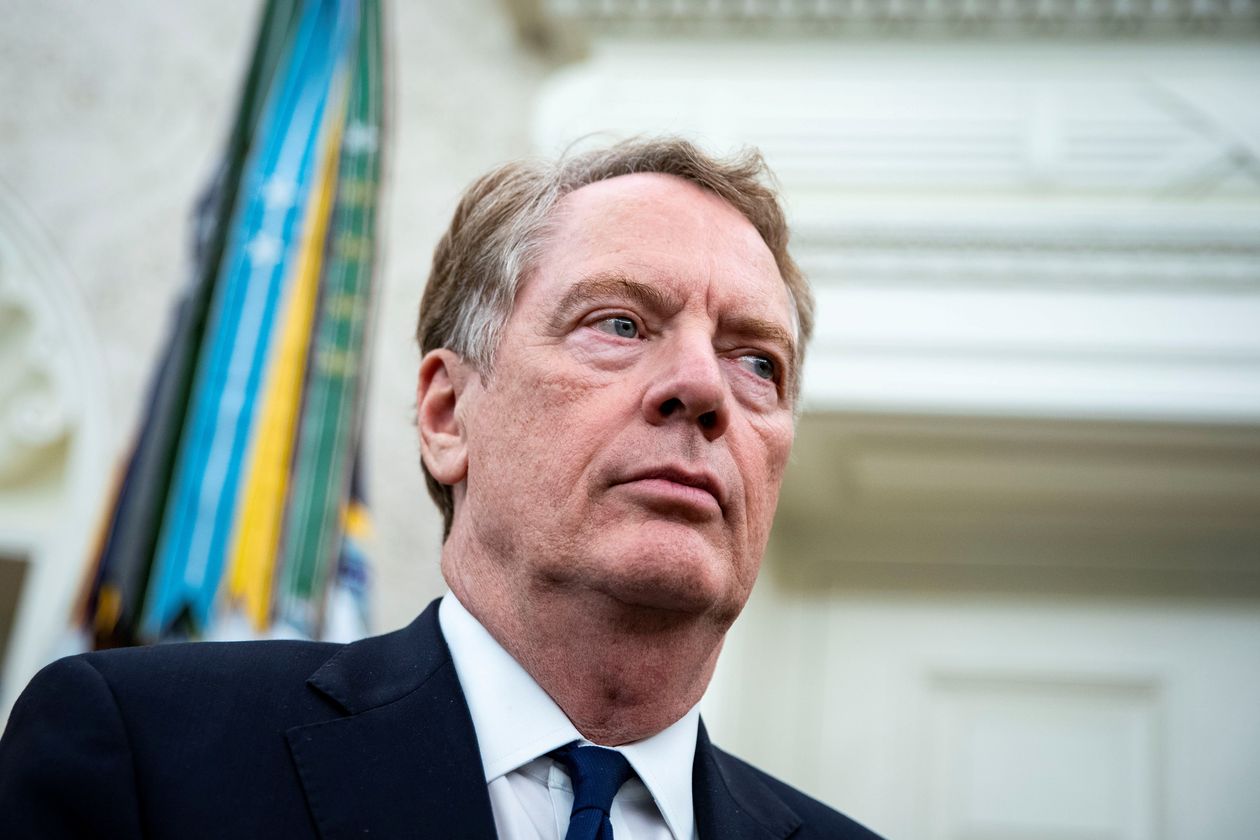 WASHINGTON—The phase-one deal between the U.S. and China could upend the way trade disputes are settled globally, giving the U.S. an edge over competitors and weakening international institutions.

Trade deals are traditionally enforced by arbitration, in which either a country or a company brings a complaint and a panel of experts renders a binding decision. That procedure is used by the World Trade Organization, which serves as a global trade court.

The Trump administration has been fiercely critical of that format, believing the panels suck away U.S. sovereignty and don’t follow trade law. The administration has crippled the WTO dispute-resolution system by not approving new judges and has made parts of the arbitration system weaker in the U.S.-Canada-Mexico Agreement than in the North American Free Trade Agreement it replaced.

“The only arbitrator I trust is myself,” said U.S. Trade Representative Robert Lighthizer, President Trump’s lead trade negotiator, in a meeting with visiting business groups, according to those involved in the discussions.

Instead of deferring to arbitrators, disputes under the phase-one deal will be addressed through three rounds of negotiations between the two sides, ultimately giving the U.S. the right to impose tariffs if it isn’t satisfied with the outcome.

‍
Beijing also has that right, but it made nearly all of the concessions in the deal. That makes it more likely that the U.S. would be pressing China to carry out provisions to which it had only reluctantly agreed.

If the U.S. acts, China can’t retaliate—or even appeal the dispute to the WTO—unless it pulls out of the deal.

The new system “is a gigantic finger in the eye of WTO,” said Mary Lovely, a China trade expert at Syracuse University. “The decider will be the trade representative in consultation with the president.”

All parts of the phase-one deal are subject to those enforcement provisions, including purchases, intellectual-property protection and Chinese pledges not to use foreign-currency policy to help its exporters. While it is impossible to prevent Beijing from retaliating if it feels the U.S. is acting in bad faith, it can do so only by scuttling the deal, according to the agreement.

Beijing has little incentive to reignite the trade war by pulling out of the deal. As a result, the U.S. believes Beijing is unlikely to retaliate. “I think they would see it in their interest to stay in the agreement,” said a senior U.S. official involved in the negotiations. “And this was designed to avoid them counter-retaliating or challenging us at the WTO.”

Micron Technology Inc., which has long complained about Chinese competitors trying to rip off its semiconductor technology, is considering using the new dispute-resolution system, industry officials say, to get Beijing to back off.

But Micron is unusual. It is one of the few companies to take its complaints public and look for government assistance. In September, President Trump told the United Nations General Assembly “we are seeking justice” for Micron.

Other companies might be more hesitant out of fear that China could retaliate. To encourage them to come forward, the trade pact says the U.S. can present China with complaints based on confidential information.

Josh Kallmer, executive vice president of the Information Technology Industry Council, a technology-company trade group, said that could be effective for a group of companies that have a similar complaint regarding, say, a regulation that broadly affects American firms.

Mr. Kallmer said while he prefers arbitration panels to solve disputes, the phase-one system sends a signal about U.S. seriousness about enforcement.

If the system works as the U.S. hopes, other nations are bound to press China to put similar provisions for arbitration in place. That would remake the global trade system and create a number of separate, bilateral enforcement mechanisms, said Deborah Lehr, a China expert at the Paulson Institute in Chicago.

“The Europeans would push for the same thing,” Ms. Lehr said. “Otherwise, it would put [them] at a disadvantage.”

Indeed, the move to give countries the freedom to impose tariffs over disputes, without going to the WTO, could further wound the Geneva-based trade organization. While the U.S. doesn’t expect China to use the mechanism much, that could change.

One provision of the phase-one deal, for instance, gives China the right to request consultations if it believes the U.S. is blocking its ability to fulfill its purchasing promises by “an action or inaction.”

That broad language could apply to U.S. export rules that make it impossible for China to buy the high-technology products it wants, or to U.S. food-safety problems that make American crops unsafe to eat. China could use such a matter as the basis for bringing a complaint under the dispute-resolution panel, trade experts said.

If China moved ahead to impose tariffs or other sanctions after consultations, the U.S. would have to pull out of the pact before it could retaliate, even if it believed China was acting in bad faith. That would put pressure on Washington to stick with the deal.

The enforcement mechanisms will either reinforce other parts of the deal, said Scott Kennedy, a China expert at the Center for Strategic and International Studies, “or it will be the way in which the deal comes apart.”