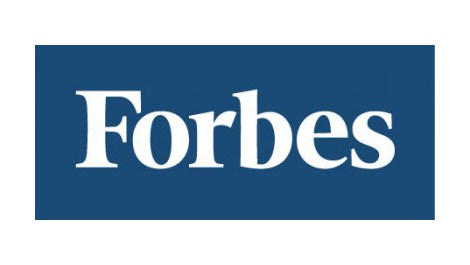 Following threats of a trade war and new tariffs, the United States and China appear to have agreed on a framework for a trade agreement.

Earlier this week I spoke with Deborah Lehr, the CEO of Basilinna, a close colleague of mine with deep expertise in China. Lehr led U.S. negotiations with China across all major sectors as a deputy assistant U.S. trade representative during the Clinton Administration. Today she helps business executives solve problems and build successful partnerships in Chinese and Middle Eastern markets.

We discussed what the new framework means for America’s CEOs, and what China and the U.S. have still to determine as they embark on a new chapter of trade relations.

Alan Fleischmann: The public perception and reality of these negotiations appear to differ vastly. How did this new framework come to be, and what does each side hope it will accomplish?

Deborah Lehr: While there has been a lot of loud talk publicly, quiet negotiations have occurred between officials in both countries to try to put our trade and investment relationship with China on a more balanced footing. The administration is concerned about how best to reduce the trade deficit with China, and ensure that American firms have better access to export their products to China, while ensuring greater protection of their intellectual property. At the same time, China has encouraged its companies to invest overseas while protecting important sectors for foreign competition.

Fleischmann: How has the U.S. managed to address each of its main concerns?

Lehr: First, regarding the trade deficit: China appears to have made commitments to purchase up to $200 billion of U.S. goods, including agriculture and energy, two of the United States’ most competitive exports. Commerce Secretary Wilbur Ross is headed to China to work out the details next week.

Second, regarding intellectual property: China has reinstated the State Intellectual Property Rights Office to help strengthen IPR protections while at the same time announcing that China will no longer require tech transfer as a condition of establishment.

Third, on tariffs: China has committed to reduce tariffs on some key U.S. exports, including automobiles.

Finally, equity restrictions in some key sectors including financial services are being lifted, although the time table is not clear.

Fleischmann: What should America’s CEOS expect to gain from the framework of this deal? How will it benefit their efforts to expand into Chinese markets?

Lehr: Our priority should be to ensure that American companies can operate in China on a level playing field. While there has been a lot of promises of reform in China, there has been no significant opening up to foreign firms in more than a decade. While the details are still being worked out of the new framework announced by both governments, the final deal should address the structural barriers to U.S. firms entering China’s market, including the lifting of all equity restrictions, transparent and consistent application of rules and regulations, and protection of our intellectual capital – in addition to the proposed purchases of US goods. The fact that the trade dispute has been put “on hold” takes some of the uncertainty away from US companies, which is a big benefit as many companies were concerned about how to plan for tariffs and the threat of a trade war.

There are two major caveats, however, to all of the above: as of today, the slippage in the North Korea progress, which President Trump indicates could be because of China, has the potential to undermine the deal; and, of course if a deal is struck, the key is that China needs to implement these commitments and in an expeditious manner.

Fleischmann: Increasing tensions between the U.S. and China is a major concern for America’s CEOs. What insights can you offer regarding the future of the two countries’ relationship, and how business executives should prepare?

Lehr: As President Xi Jinping seeks to transition the economy to one based more on domestic consumption and away from cheap exports and government investment, there is significant opportunity for U.S. firms to sell more in China as the Chinese people seek to buy more. But China has become a highly competitive market, and firms need to upgrade their strategies. Companies should send their top people there; be flexible in their business models but stick to the culture of their business; and, remember that personal relationships matter. Plan to visit on a regular basis, and be a good corporate citizen. This is particularly important in this atmosphere. Rather than backing away or laying low given the choppy waters, firms should actually redouble efforts and avoid getting caught in the political fray by keeping business as usual to the extent possible.

Alan H. Fleischmann is the Founder & CEO of Laurel Strategies, a global business advisory and strategic communications firm for leaders, CEOs and their C-suite.